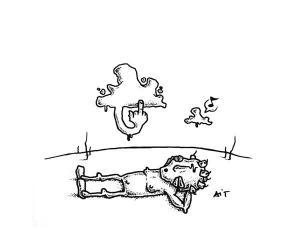 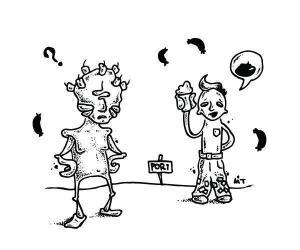 shield our house, our life!

send summers, give the days,

Although the ancient Estonian god Peko or Pellon-Peko as he is known in Finland, might appear somewhat antiquated, he continues to be revered and worshipped by the Setus of Setumaa, an area situated in the far south-eastern corner of Estonia that extends into Russia.

For the people of Setumaa he is a national hero and at one time secret Peko festivals were held by exclusive Setu brotherhoods. Each year the festival’s events would decide who would care for the little statuette of Peko, often seen with candles sticking out of his head. The chosen brother would then become that year’s Peko-priest, and the idol would be placed in the priest’s grain bin where he would remain over the winter months. Peko’s presence in the bin would ensure crop luck, herd growth, and everything else for the entire village and its inhabitants.

According to Ivar Paulson’s book, “Old Estonian Folk Religion”, Peko’s duties are rather extensive. Not only does he guard the crop and protect the herd, but he also has the ability to provide a good summer, and keep away hail, frost, and big storms. Some records show that Peko can even bring happiness to a marriage. “To a Setu peasant, Peko was a powerful god and a great helper who protected the oat sprouts and all other field crops, the growth of the herd, and happiness in the home.”

Setonian folk singer, Anne Vabarna, created the epic, “Songs of Peko” in 1927 when someone had apparently revealed to her the 8000-line Setu tale, Pekolanõ, an epic reportedly only known to men at that time. It is said that upon hearing the epic, she suddenly burst into song without taking a breath until she reached the last, 8000th line. In her songs Peko is praised as a hero and warrior who sends abundant crops and protects the people.

The Finnish folk-metal group, Korpiklaani, also praises this ancient god in their song, “Pellonpekko“, and it now seems the ageless deity is making his way into the world of pop culture. Kristjan Ait, an Estonian graphic artist and creator of both the Daily Peko web comic series and Personal Peko street art, took some time away from his drawing to tell me his own Peko story.

Can you briefly tell a little about yourself and your art?

I was born and lived most of my childhood in Võrumaa, Southern Estonia. I have always been interested in visual art and always been drawing something. I started writing some graffiti in high school and moved on to other mediums, including digital art. But I am still involved in street art up to present day. I have a Bachelor’s degree in Forestry and I have been working in the print industry for most of my adult life.

Who/what is Personal Peko? What can you tell me about him?

Personal Peko and Daily Peko are different things. Personal Peko was just some street art project. There is this well-known Depeche Mode song, Personal Jesus, so I made stencils and stickers for Personal Peko. Because it had a nice sound to it and also Peko should be more familiar to Estonians compared to Jesus. But this Peko thing kind of got stuck to me. It is one of the gods that has some visual identity, (the idol with candles stuck out of its head – the original is at the National Museum of Estonia in Tartu). So at some point I started drawing web comics about a modern version of Peko doing regular everyday stuff – drinking beer and listening to music and so on. And since I hope to keep it up for some time, I called it Daily Peko.

When did you first learn about the god Peko? What was your reaction/experience?

I think in history lessons in grad school we were told about these old Estonian religions and gods. Most famous was the one called Taara, and then there were these South Estonian ones called Uku and Peko. There are different versions behind the names and no one can be really sure where this comes from. Some say that Taara is just the Estonianised version of Thor, and Peko comes from Bacchus. But these might just be assumptions because there is not much written history from these times. Also I know that some Finnish people worshipped Pellon-Peko (a Finnish name for Peko). And Uku might come from the Finnish word “ukkonen” which means thunder.

Generally speaking do you think Estonians are more religious or less religious than other European nations?

Definitely less religious, and the reasons come from the Soviet era. All the religions were kind of frowned upon during that time (not illegal). But if you wanted to move up in life and join the Communist Party, then being religious didn’t help you. In the life of “homo soveticus” religion didn’t have a place. The Communist Party saw the church as a waste of time and money.

Again, generally speaking do you think Estonians have a closer affinity toward their old folk religion and customs rather than Christianity? 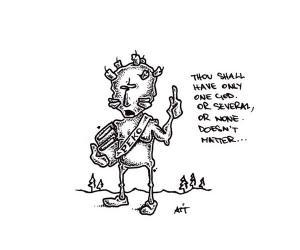 I don’t think so. I would say that there is a difference between being religious and being spiritual. So a lot of Estonian people have respect and connection towards nature (especially the forest). But there is no certain thing to replace Atheism or Christianity with. All these names like Peko and Taara are just names and nobody knows the rituals and beliefs anymore. So any kind of “religion” would be based upon assumption and it wouldn’t be the real thing. There are some organisations like Maavalla Koda, who try to make these things happen again – but like I said, it’s based upon assumption and to me it seems kind of artificial. But if they believe in it and get something out of it, then there is nothing wrong with that.

What does Personal Peko, as well as the god Peko symbolise for you? Why is he important?

Well since I am from South Estonia, I felt some kind of closeness to him. But I wouldn’t say that there was anything much deeper behind that when I started doing the street art. It just seemed kind of rebellious to replace Personal Jesus with Personal Peko. But up to the Daily Peko comics it has become some kind of a different character to me. A lot of the things happening in the comics are just things happening to me, or some stuff that I have been witnessing.

There is a cartoon Facebook God page which has attracted thousands of followers through his humour. He often posts the disparaging comments that he receives from religious fundamentalists. Have you received any negative feedback on your Daily Peko page? If yes, how do you handle them?

No negative feedback so far. I guess people who don’t like it just don’t follow the posts.

They have definitely not merged, two totally different things. Personal Peko was just a street art thing, (I wouldn’t even call it a project) and I don’t know if anybody really noticed these pictures. Daily Peko is more important because I can put my everyday experiences into these drawings.

What does the future hold for Daily Peko? Where would you like to see this project going down the road?

I wouldn’t talk about any plans unless they are certain. I will certainly keep drawing. 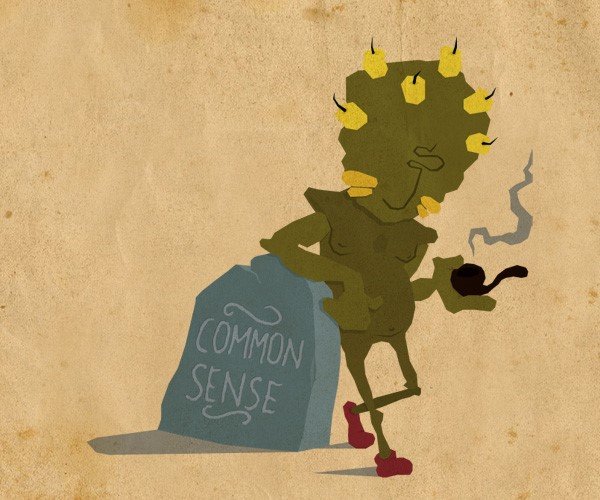 The Daily Peko can be found here: www.facebook.com/daily.peko.

Tania Pisa is a freelance writer and second generation Estonian Canadian. She recently returned from her first visit to Estonia where she met some of her relatives for the first time. While in Estonia, she also created her first short documentary about the discovery of family that had been displaced during WWII. Tania is currently writing her first novel.