The Paris-based photographer, Jérémie Jung, has been exploring the traditions of the Estonian regions of Setomaa and Kihnu island to try and better understand the people and their communities.

Since 2011, Jung has completed a number of projects focusing on Estonia and its fringe societies. The 35-year-old has made images of the Setos in south Estonia and the “matriarchal” community on Kihnu island but his fascination with both communities isn’t over yet.

Last month an exhibition of his work, “Setomaa: a Kingdom on the Edge” with the Setos was displayed in Paris at the Seto Week. 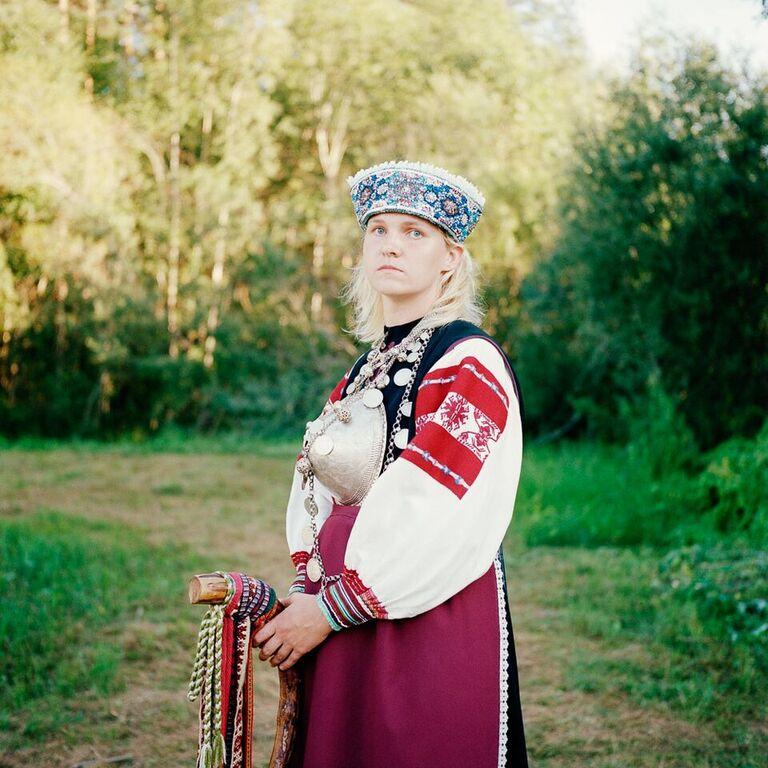 Estonian World spoke to him about his work and interest in a country he says “most of the people” in France can’t even find on a map (click on the photos to see the captions).

How did you become interested in Estonia and the Setos?

I first started to work in Estonia in 2011. I came there for a French NGO on an assignment and I had no idea what the country was like. Quickly I made connections and turned those into friendships. I have been surprised by Estonia and Estonians. And to put it simply, I thought that I’d like to understand what is Estonia made of. 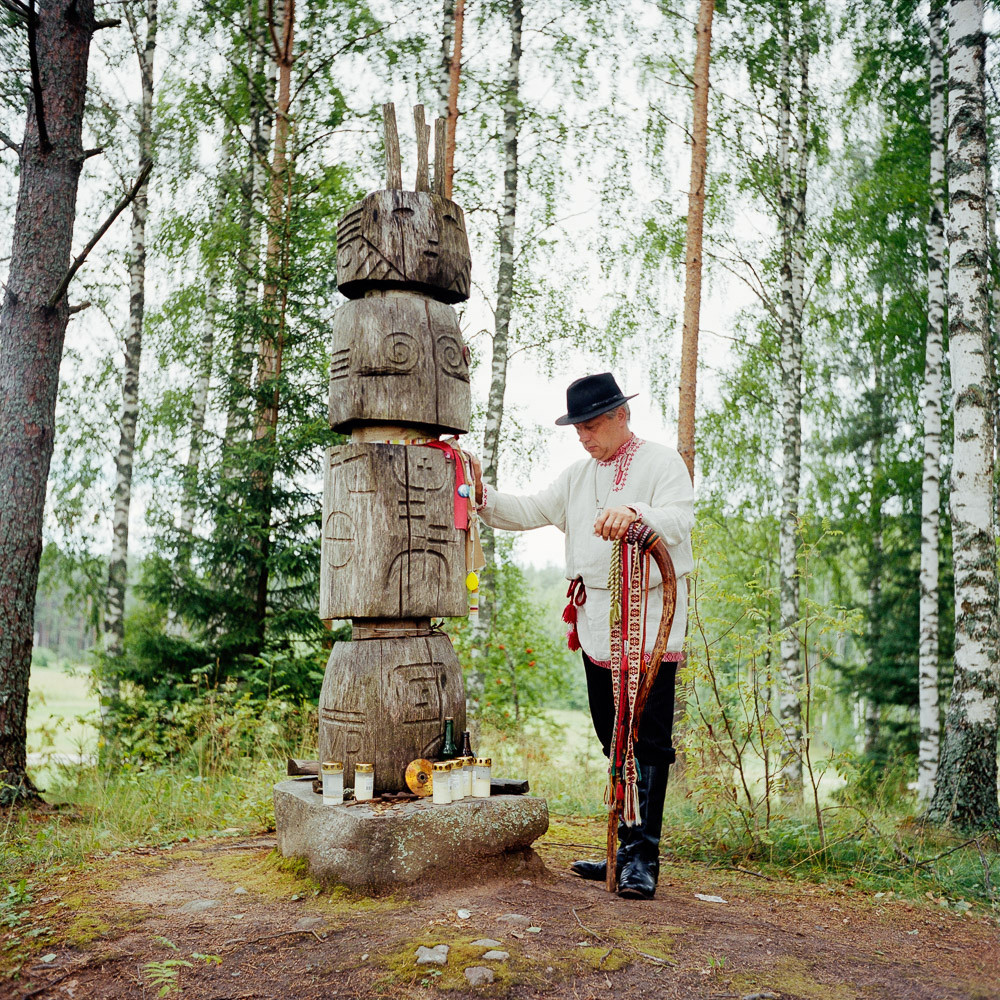 A year and half later I came back to start an ongoing work on Kihnu. And then, during a random discussion, the topic about the common border with Russia and Estonia popped up. A border which still awaits ratification from both parties. It led me to the Setomaa where I learned about their cultural specificities. Like in Kihnu, there was something to say about a strong identity.

What is it about the Seto community that you find so interesting?

I see the Setos as a bridge between “worlds” and I find it particularly interesting. Not only that they straddle two countries which do not share an easy and smooth relation, but also they merge beliefs – orthodoxy and the local traditional beliefs. 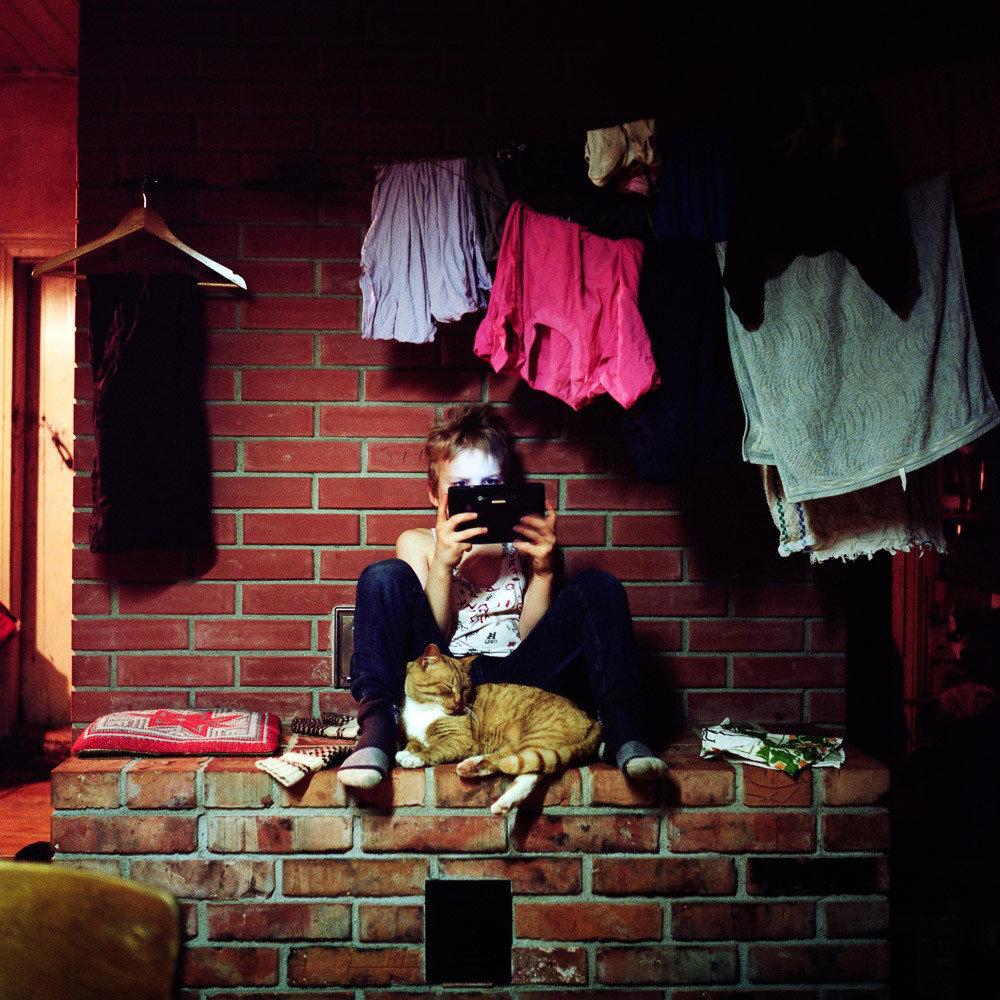 And when I attended their village holidays, seeing them cheerfully sharing food and drinks with their dead relatives, I thought that they again were acting like a bridge, putting life and death on the same level.

Why did you choose to focus on the border issue?

The border issue was an entry point rather than where I focused. When I heard about it, I really was surprised to learn that Estonia and Russia still hadn’t ratified their border treaty for more than 20 years from the Estonian restoration of independence. 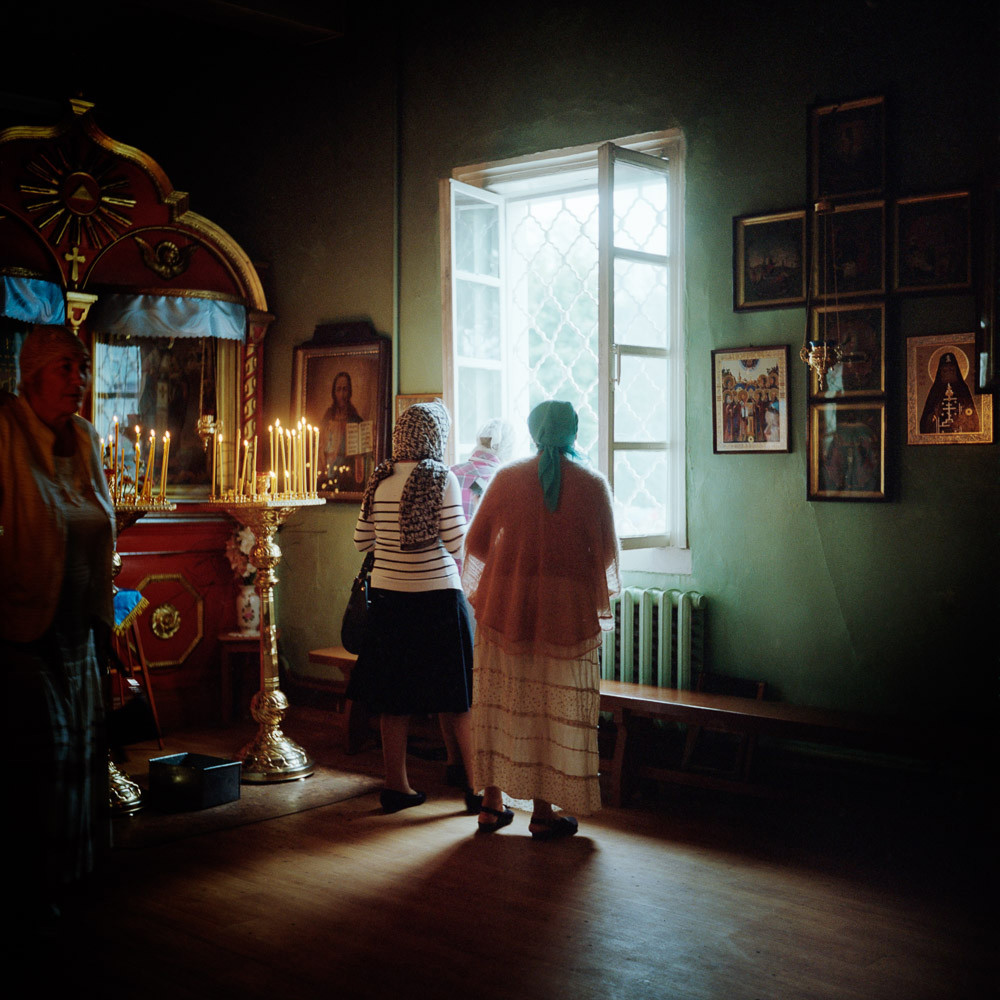 How can it still be possible? And then on a local dimension this border is a sharp cut in Setomaa. The region has been under different spheres of influence and dominations through its long history but never split over two. Or maybe I shouldn’t say the region, but the kingdom. A 22-year-old kingdom balanced over Russian and Estonia… Well, that is quite a piece of border!

When did your project take place?

I started the project in the end of July 2014. My last visit ended in early September 2015. I feel that I still have to come back… I have travelled a lot in the Estonian Setomaa, but not very much in the Russian Setomaa. And even if there is only about 200 Setos left in Russia, I am sure that there is more to understand and see than what I have been in contact with till now.

Can you tell me about your other project, “Kihnu, the Island of Watchwomen”?

In France, most of the time when the island pops up in the media, it is said that this is the last matriarchal community. And I kept on going back and forth wanting to understand more about this community. 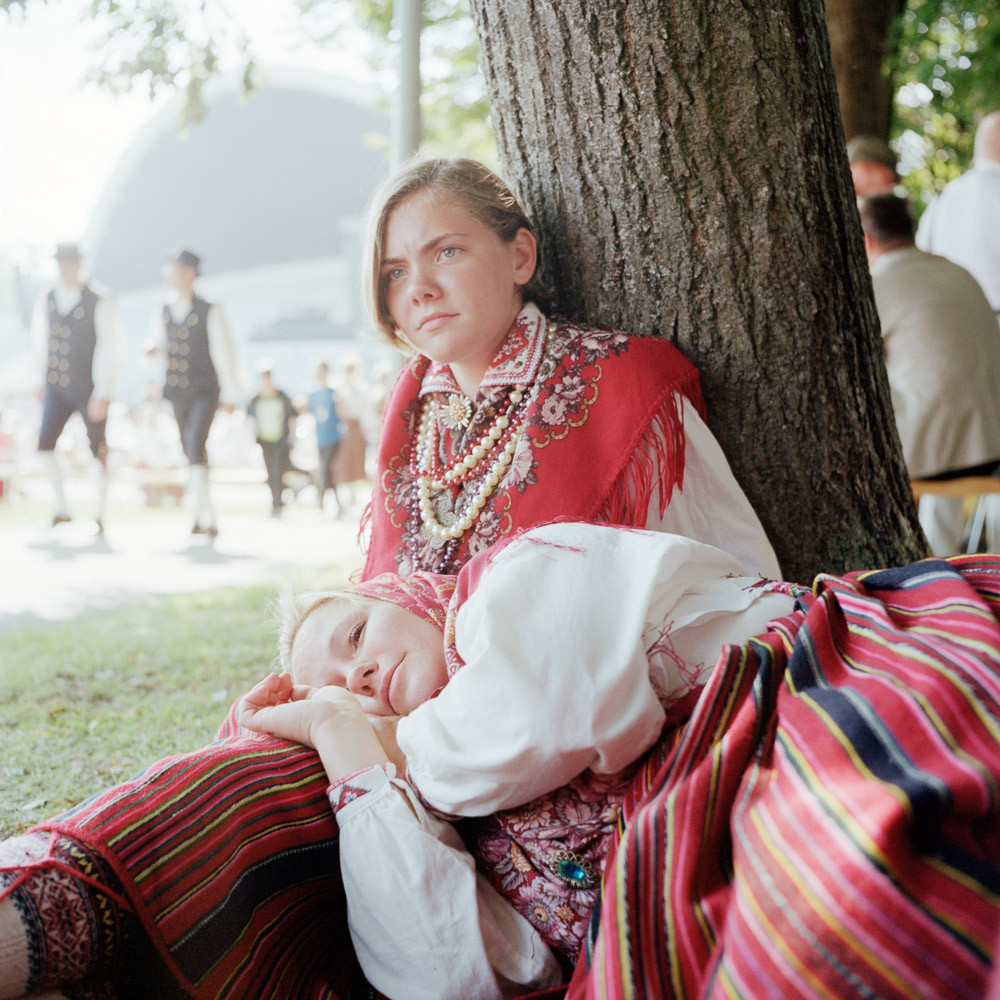 So when I came to Kihnu I thought of it as a matriarchal island but when I was there I quickly realised that this was wrong. I hadn’t found the matriarchal society I came for. But instead a very strong identity, mainly expressed through women.

My work started very slowly. I came on shore without any first contacts. Bit by bit, I mingled and started to understand a bit more what the community is about. 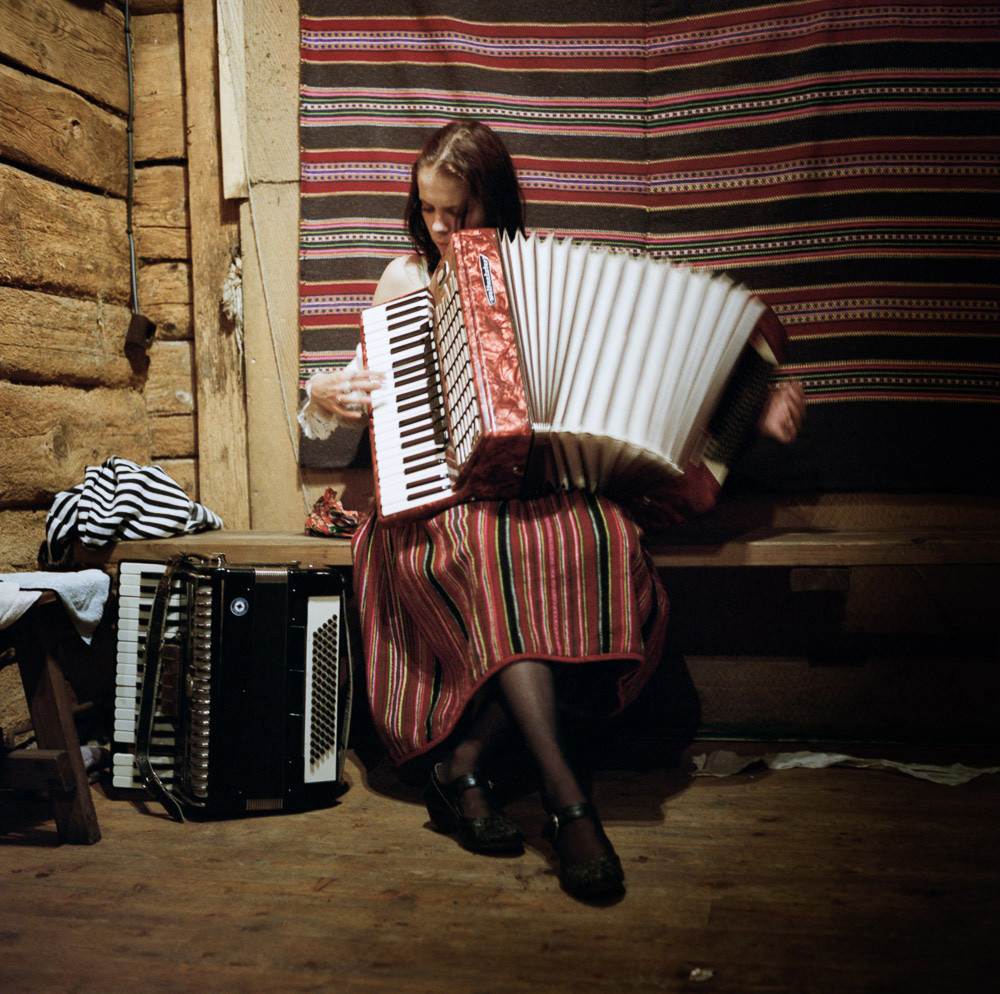 My work there isn’t over. I feel that I have only scratched the surface: I haven’t really met the men of Kihnu for instance. I haven’t been there in winter and Kihnu is definitely driven by seasons…

How did you get into photography? What sort of camera do you use?

I’m using a regular digital reflex camera for my day-to-day work. But when I’m working on long-terms projects such as those ones in Estonia I use a medium format camera loaded with coloured films. It requires me to be slow and to think twice before taking a picture. And as I am slow in whatever I do, I feel comfortable with it. Plus at the end I take fewer picture than with a digital camera and it seems that the ratio of good vs bad pictures is better. 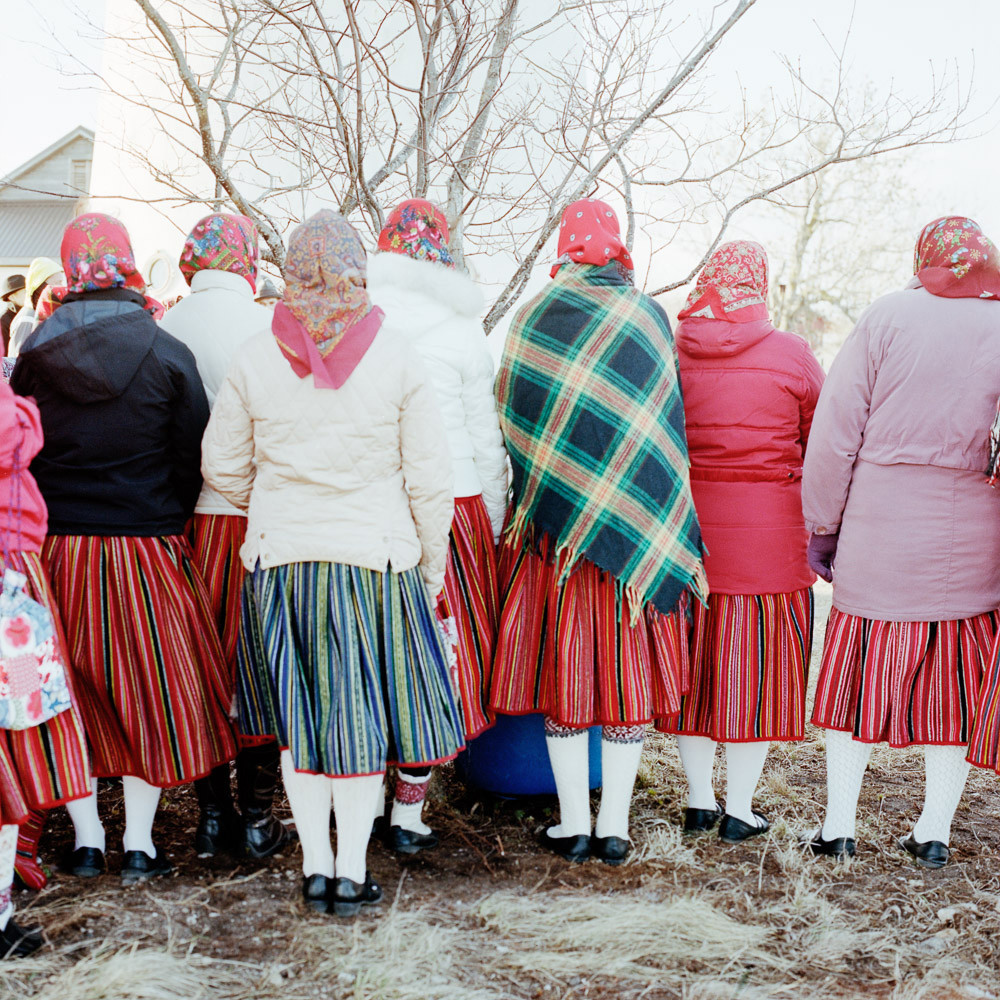 I came into photography around 2008/9. I stopped being a web-designer in 2010. I needed to go out and escape my screen. Photojournalism was a rather good pretext. I studied it for a year in 2010 and then I went out to take pictures and to tell stories. And here I am.

Cover: Celebration for the re-opening to the public of Kihnu lighthouse. The woman’s skirt colour is meaningful. In times of mourning, it will turn black. When the mourning fades away, blue will be re-introduced, and then the bright red will be back. A skirt keeping its owner history, a young girls usually wear a much more vivid skirt than an older woman. Kihnu is an Estonian island located in the Gulf of Riga, and is listed as World Intangible Heritage of Humanity by the UNESCO for the unique expression of its culture through its folklore (music, clothing, and customs). Photo taken in Kihnu, Estonia, 30 April 2013. Click on the other photos to see the captions. All photos by Jérémie Jung.