Andres Simonson, a first generation American of Estonian descent, gets you acquainted with the Estonian külmlaud or “cold table” buffet.

As a first generation American of Estonian descent, I embrace all things Estonian. Well, almost everything. I still can’t do sült. For those unfamiliar, sült is an Estonian delicacy of jellied pork. You start by (and kids, don’t try this at home) boiling a pork shank and some pig’s hooves. Add some veggies and spices. Discard the bones, shred the meat. Then, take the broth, mix with the shredded meat scraps, and allow the whole thing to set overnight. Voila – swine Jell-O.

My counter-ethnicity disdain for sült got me thinking about the traditional Estonian külmlaud – or cold buffet table. It’s the equivalent of the more familiar Swedish Smörgåsbord and is the centerpiece of many celebrations, including birthdays, holidays, or simply those times you have a surplus of hog parts, a craving for gelatin, and many hungry guests on the way. So for the benefit of külmlaud novices, let’s take a tour around the table, shall we?

Like any buffet, you grab a plate and start at the head of the table. Your plate is an empty canvas just waiting to be decorated with Estonian cuisine. You, the artist, look down at your plate, up at the buffet, and complete a few mental geometric calculations – you want to leave room on your dish for a little bit of everything. Your color palette, composed of the multitude of dishes on the table, ranges from dull brown to vibrant pink. Satisfied with your conceptual plan, and with the completed dietary mural in your mind’s eye, you pick up a serving spoon and take your first brushstroke.

Here, at the first station, you find a lumpy and creamy pink concoction. Congratulations, you found the rosolje, or beet and potato salad. It smells of beets, pickled herring, mayonnaise, and xenophobia (non-Estonians have a really tough time with this dish). This is one that you hope was not made fresh that morning, because beets taste a lot better when they’ve had a couple of days to melt with the flavor of brined fish – trust me on this one. 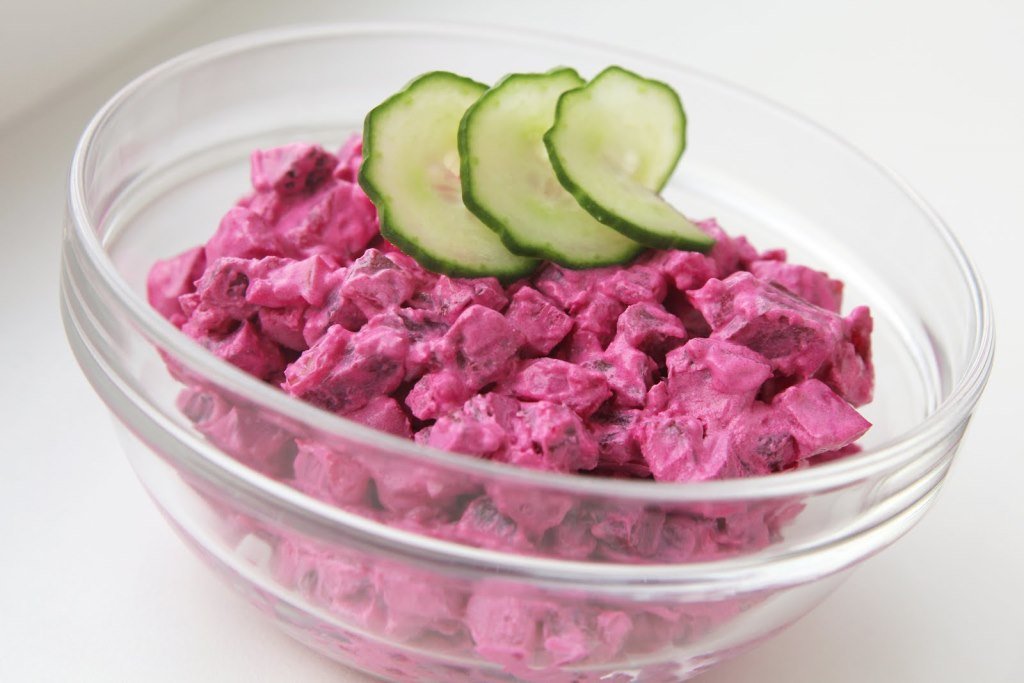 Moving down the table’s edge, you are curious. What’s this dish? Diced mushrooms with lesser amounts of apples, red onion, mayonnaise, and sour cream. You’ve never seen Julia Child or Rachael Ray (American chefs, authors, and TV personalities – editor) assemble this on television. And yet, there it is – a mushroom salad (seenesalat). I really don’t know anybody that is ambivalent about mushrooms. Edible fungi truly harbor a love/hate relationship, and if you fall into the latter category, this dish will take a giant leap of faith (and possibly a dollop of your favorite anti-nausea medicine).

Next you come across a plate of little semicircular stuffed breads. Every culture seems to have some variation on this theme – Polish pierogies, Italian calzones, Brazilian empanadas, Chinese dumplings, and so on. None compare to Estonian pirukad, though.

Here, the wrapping is a sweet cardamom-laced bread, but it can range all the way to a flaky pastry crust. Fillings can vary from beef, to ham, to eggs, to carrots, to cabbage, to rice.  Problem is, you can’t tell what’s inside until you take a bite. This is an especially important warning to vegetarians and vegans, because the külmlaud is a time of celebration and tolerance – not a time to force someone into abandoning their dietary standards and biological ethics in a single bite. 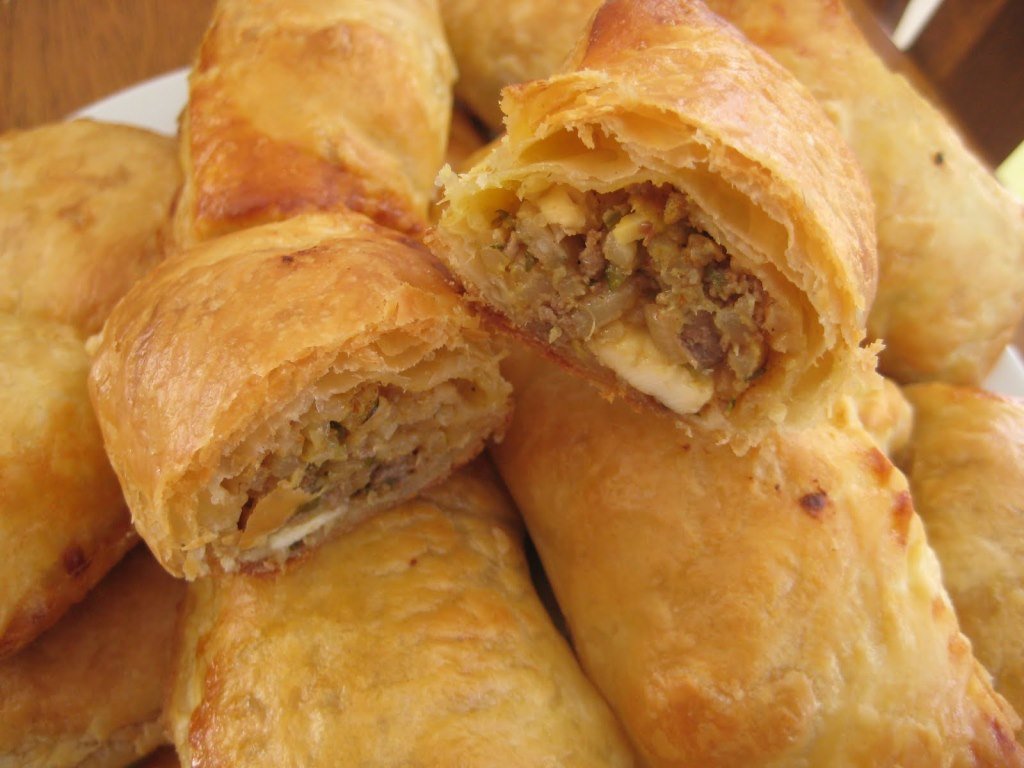 You notice this particular külmlaud designer was a student of Chinese feng shui. For as we move along, you observe an orderly spatial transition from land to water.

Several plates, like little island oases on the deep blue tablecloth, offer gifts from the sea. On the largest island, pink smoked salmon and smoked whitefish (suitsutatud kala). Just to the south is an island with neat rows of smelts (räimed), arranged like scaly one-eyed dancers in a conga line. A large bowl holds skumbria, which is really the name for a fish species, but is also the name Estonians in America use for a fried fish and tomato sauce concoction. And not to be forgotten, a medium-sized and rather stinky plate to the west harbors the marinated eel (angerjas).

The water body successfully crossed, we move back to land.

Oh-oh, then you come upon it, a jiggly mass of shredded meat encased in a clear solid.  Sült. But please don’t let my culinary shortcomings and biases influence your choice. Go ahead, cut a slice of the gelatinous grub. Heck, why not take two slices? Put some smelts in the middle, sprinkle a little salt, and you have a salted sült and smelt sandwich.

Ok, I made up that last appetising and alliterative sandwich. But, that leads us to an array of real sandwiches as we continue down the külmlaud – tasty Estonian open-faced sandwiches (võileivad). Dark rye or pumpernickel breads, buttered, and layered with an array of toppings that could include ham, salami, pâté, sardines, cucumbers, tomato slices, chopped eggs, or other staples. Regardless of the main ingredients, they are all sprinkled generously with freshly chopped dill – probably the most important herb in Estonian cooking. In fact, dill farmers of the world should kiss an Estonian every morning. 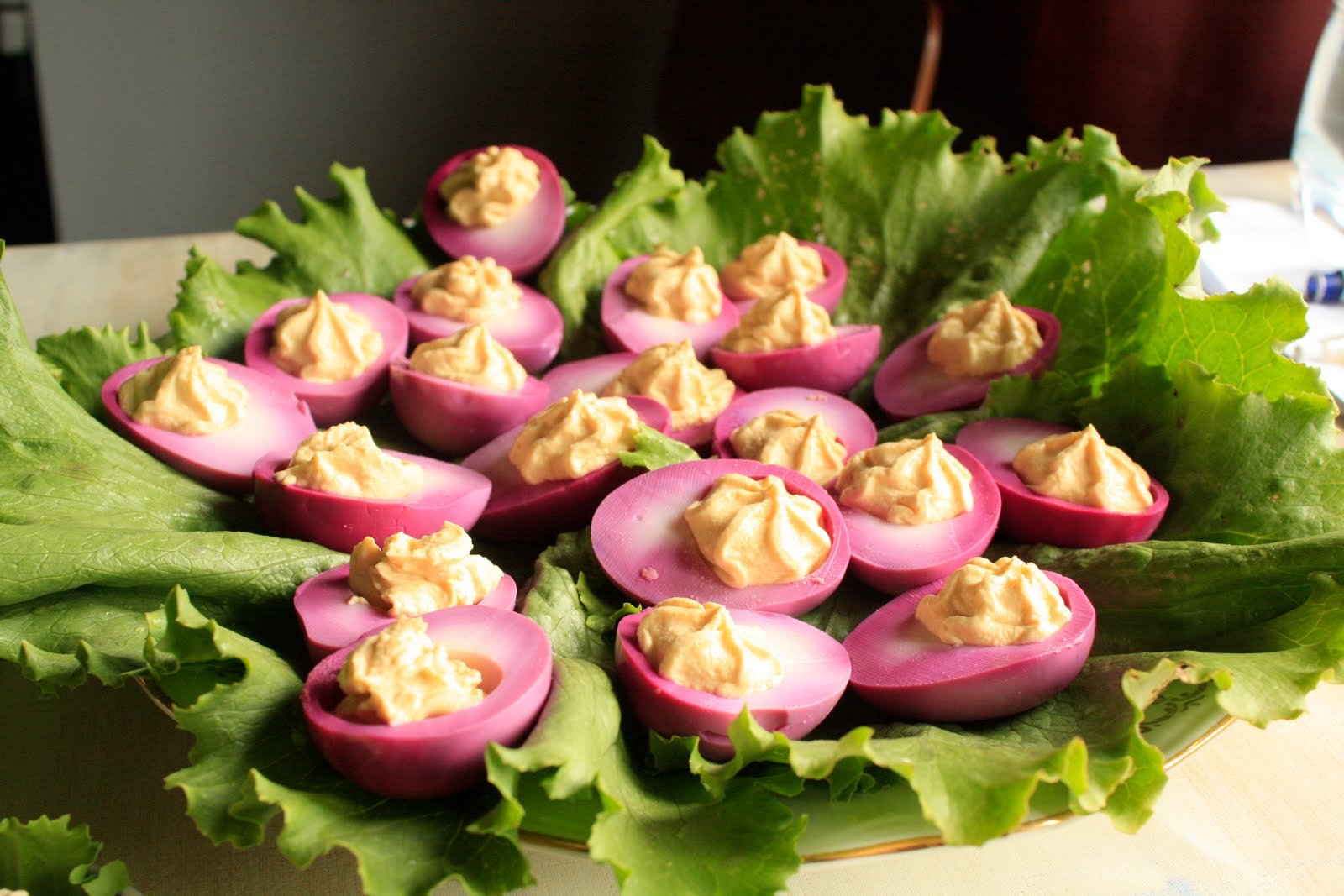 And with that, we have made our way to the other end of the külmlaud. Still puzzled by some of the offerings, and not exactly salivating, you bump into the culturally savvy hostess. She tells you that, sült-bashing and joking aside, many of külmlaud foods owe their existence to the peasant roots of Estonians. You didn’t want to waste any parts of the pig, so you made sült – practical and delicious. Mushrooms could be easily harvested from the wild. Fish, plentiful to anyone with the proper gear (i.e. tackle, bait, saintly patience, and cold beer), would last longer if it were salted and smoked. And so on.

So as you can probably tell, I like some külmlaud dishes more than others. But if you really want to know, I think my favorite part of the buffet is typically located on one of the ends, or maybe off to the side. Look closely – it’s inevitably there. In a bucket of ice, resting comfortably, you’re bound to find a couple of empty shot glasses and a bottle of good Estonian vodka!

7 thoughts on “The Külmlaud – a guided tour”