Lisa and Kristen Dobbin are Estonian-Canadian sisters from Toronto. In 2012, they relocated to Tartu to try and become a little more like their Estonian grandmother. This is the second part in their series of articles, Lessons in Estonian culture for beginners. The first part can be found here and the third one here.

We both love to eat, and if we miss anything about our hometown of Toronto, it’s that on any given night, dinner might be Vietnamese pho, Italian pizza, Portugese BBQ chicken, Ethiopian tibs, or Caribbean roti.

When we moved to Estonia last year, we were excited to explore the national food culture, so we asked around for traditional recipes and restaurant recommendations. A few people told us that no “real” Estonian cuisine exists, suggesting that the country’s menu is a mere amalgamation – a mix of dishes and ingredients favoured by the Germans, Russians, Swedes, Danes and Poles, who, at various times in history, have ruled this tiny nation. As one friend put it, true Estonian food can be boiled down to “porridge, cabbage and dirt.”

We had always assumed that our grandmother’s menu was a reflection of her country’s cuisine. Vanaema (grandmother in Estonian – editor) was a great cook and spent her Canadian summers working in the kitchen at Jõekääru, the Estonian children’s camp in Udora, Ontario. 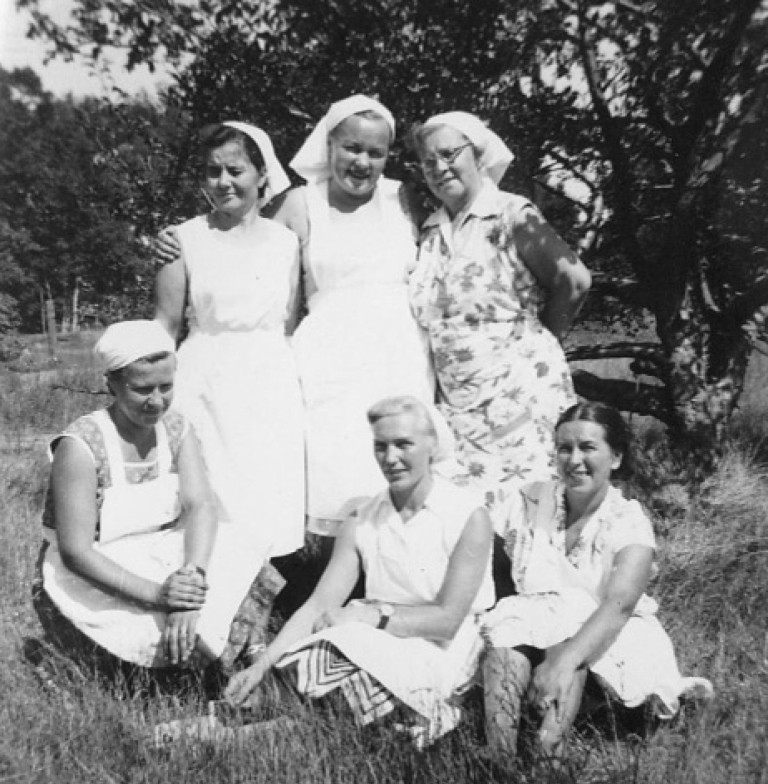 On Sunday evenings in Toronto, our family often gathered at vanaema’s bungalow-sized house, adjacent to a set of busy railroad tracks, where we’d be welcomed into a warm kitchen in full swing. Roast pork or cabbage rolls would be in the oven, producing an aroma that was somehow augmented favourably by vanaema’s lifelong smoking habit. Potatoes and vegetables would be boiling on the stove and sauerkraut or rosolje (a bright pink beetroot and herring salad) would be prepared.

At Christmas time, we’d eat two meals. After the usual meat and potatoes feast, we had traditional Estonian blood sausages – verivorst (which we called “very worst” as children!). On Christmas Day, we were served small, crepe-style pancakes with maple syrup and jam. Our favourite pastry – kringel (which is usually braided and tastes like sweet egg bread with raisins and slivered almonds) – went with evening coffee, alongside homemade apple pie and sugar donuts. Vanaema usually sent us home with deep-fried pork and rice perogies, along with a week’s worth of leftovers.

Here in Tartu, we’ve been happy to discover perogies that taste just like vanaema’s and familiar salads like rosolje at the outdoor market. A local hotel restaurant prepares chicken soup with a hefty serving of dill, making it almost identical to the soup we were served as kids. When hosted by friends and relatives, we’ve eaten cured and smoked fish, hearty pork and potato dishes, and kringel for dessert. Both sweet and savoury pancakes, crepe-style just like vanaema’s, are easy to come by. So if no Estonian national cuisine exists, what was our grandmother cooking for us all those years? And why are those very same foods on offer here?

While we wondered how we should define Estonian food, we were devouring Estonian film. As fans of idiocy (we memorised every line of Mel Brooks’ Robin Hood: Men in Tights at a young age), we especially enjoyed the Estonian historical satire Malev, or “Men at Arms” (2005). The film has a Monty Python and the Holy Grail feel to it, and portrays 13th century Estonians as backward simpletons who can’t seem to get their act together. 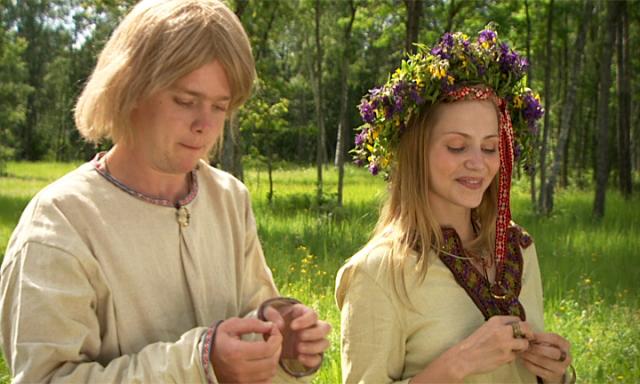 One scene shows Estonians marching onto a battlefield, singing and strumming, armed only with their love of music. This fictional battle references the great peaceful protest of the Estonian people, called the “Singing Revolution” (1987-1991). Over this four-year period, Estonians began to publicly sing national songs that were banned by their Soviet occupiers. Although in Malev, the Estonian troops were crushed by their opponents, in real life, the attention garnered by their mass sing-a-longs helped the country win its struggle for independence.

The Malev battle scene (or should we say musical performance?) clued us into a style of humour that we’d missed in trying to understand Estonian food culture. Self-deprecation is the name of the game here, and we’ve started to notice that many Estonian films and other art forms reflect this specific form of humour.

Our Estonian language teacher recently showed us a YouTube video called “A Tourist Guide: Estonia according to Estonians”, in which the narrator takes his viewers on a virtual tour of Estonia, using a map drawn in MS Paint. The audience is informed that nearly every location in the country is “not recommend”: some areas are “too weird”, there are “too many people” in the capital city, the academics in the university town “want to be left alone” and the onions along Lake Peipsi will “make you cry”. The narrator ends the video by imploring potential visitors to “go to Finland or somewhere”.

In light of these satirical takes on Estonian culture we can’t help but feel that those who play down the country’s food traditions demonstrate a comparable form of cultural pride, one which is heavily tempered by modesty. So if you happen to cross paths with an Estonian, be warned: they know how to keep a straight face, even when the joke’s on them.

13 thoughts on “Porridge, cabbage and dirt: understanding Estonian humour through food and film”