According to the census, there are 9,614 “other” Finno-Ugric people living in Estonia: Erzyas, Mokshas, Udmurts, Komis, Karelians, Maris, Hungarians, Finns, Ingrians and many others. Overall, there are around 25 million Finno-Ugrians in the world. Still, the number of those who speak Finno-Ugric languages keeps declining, says doctor Natalia Abrosimova of the Tallinn University School of Humanities.

Why and how are Finno-Ugric people disappearing? The main problem among the Finno-Ugric people in Russia is the lack of language policies and nation states in the area. There are not many career or education opportunities for speakers of Finno-Ugric languages. The small amount of people speaking the language and its low prestige prompt a change in language from the native tongue to the majority language.

For a people to exist, they must preserve their native tongue and the culture that surrounds it.

The native tongue has a definitive role in developing personalities and national culture. The language is a tool of thought; it has an integral part in forming someone’s view of the world and culture, and thus preserving, developing and exchanging cultures.

Influenced by English and Russian

Native culture is vital for keeping a nation. Nowadays the number of countries that speak native tongues is decreasing and languages are in constant change. Estonian is influenced by English and the Finno-Ugric people living in Russia are affected by the Russian language. A careless attitude toward our native tongues will pave a way toward the decline of the Finno-Ugric culture.

In conclusion, the Finno-Ugric people are unique for their languages and culture that have evolved through thousands of years. This is why we must be in touch with our roots, both linguistic and cultural. 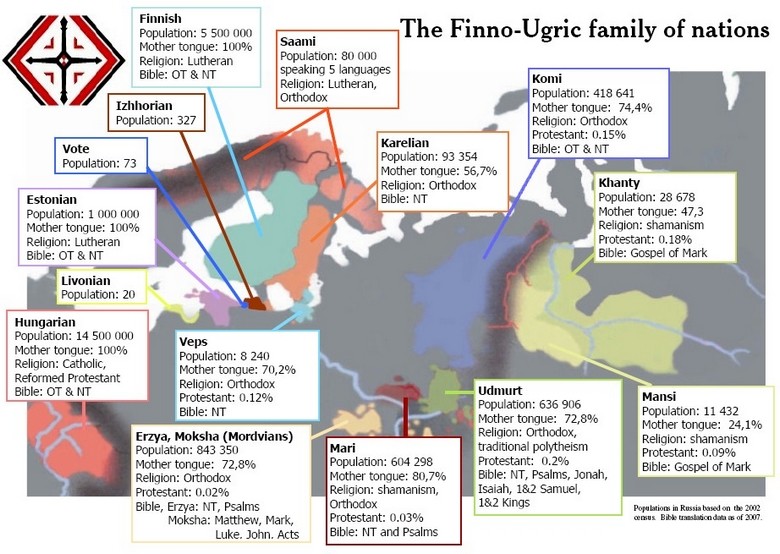 The driving force of Finno-Ugric peoples is their unity and diversity: as they think similarly, it is easy for them to understand each other; as they have differences, it is easy to enrich each other’s culture.

This lecture was originally published by the Tallinn University. In October, Natalia Abrosimova defended her doctoral thesis, which researches the processes of the written Erzya language from the XVIII century to today. For the first time in history, the Erzya language was viewed as a separate cultural phenomenon in Erzya culture. The cover image courtesy of the Tallinn University. Please consider making a donation for the continuous improvement of our publication.