There is a worldwide epidemic of sedentarism – in countries throughout the world, particularly in the developed nations, we simply spend too much time sitting and not enough time on our feet; Dr Ragnar Viir calls Estonians to rise up.

Our greatest glory is not in never falling, but in rising every time we fall – Confucius

Chronic sitting leads to chronic diseases. These noncommunicable diseases (NCDs) are a constant challenge in modern society. Richard Horton, the editor of the Lancet, worries that the noncommunicable disease movement has made little progress and no longer seems to be on the political agenda with presidents and prime ministers while the problem worsens.

Bengt Holmström, the 2016 Nobel laureate for economics, has commented that “…suitable scarcity of resources and correctly set challenges and constraints can be inspiring. When there is too much money and time, the entrepreneurship hunger disappears”.

In this article I ask if it is possible to expand upon the ideas of Horton and Holmström (by the way, Holmström’s grandmother was from Estonia).

The annual social innovation campaign to clean up the planet, Let’s Do It! World, started in Estonia. My aim is to create action – a new, continuous social innovation to get people to stand up for their health.

My inspiration and role model in pursuing my research is Dr Morris Collen, who was an electronic engineer and a medical doctor, and a pioneer in computerised medicine. Together with colleagues from IBM he developed a then time artificial intelligence program that screened patients and included next steps for diagnostics such as “come back with a morning urine specimen”.

Before dying at the age of 100, he commented: “I sit and write most of the day,” he said. “I set a kitchen timer for 60 minutes as soon as I sit down, and when that timer goes off, then I get up and walk up and down stairs and walk around the hallway for several minutes and go back and work on the book.”

We are sitting too much!

For us, Estonians, the time has come to wake up and rise up. Especially now that Estonia has started to chair international organisations, such as the Council of the European Union (Estonia held the presidency of the council from July-December 2017 – editor).

No joke, the matter is serious. We are sitting too much! If there were a European Union member states’ Sitting Championship, Estonia would have the eighth place, which means in seven countries people are sitting more than us, but in twenty countries, less.

Give yourself a present. Let’s start the action!

According to the 2017 Bloomberg poll, and published statistics by the WHO, the UN and the World Bank, Estonians belong to the top 50 healthiest countries in the world, being in the 38th place.

The reasons why we are not further ahead include being overweight or obese and a lack of physical activity. Physical inactivity generally means sitting: in the office, the car, or on the couch in front of the television. The force of gravity hurts. Fat cells react to the continuous mechanical pressure of sitting. They can increase in size by up to double, thus also the buttocks measurements increase, and the initially overweight person becomes obese. Estonian women have the third highest rate of obesity in the EU and men have the eighth highest.

Research has shown that continuous sitting causes many health problems and faster ageing, even without other bad lifestyle “accomplices” such as smoking, alcohol consumption or poor eating habits. Chronic health problems from sitting arise whether it is a child, adolescent or an adult, a man or a woman, a white or a blue-collar worker, a driver or a passenger. However, middle-aged male office workers seem to be more “dangerously sedentary” than pensioners, according to a new research from Scotland. These problems can’t even be cured by healthy exercising, which although necessary, on its own is not enough. 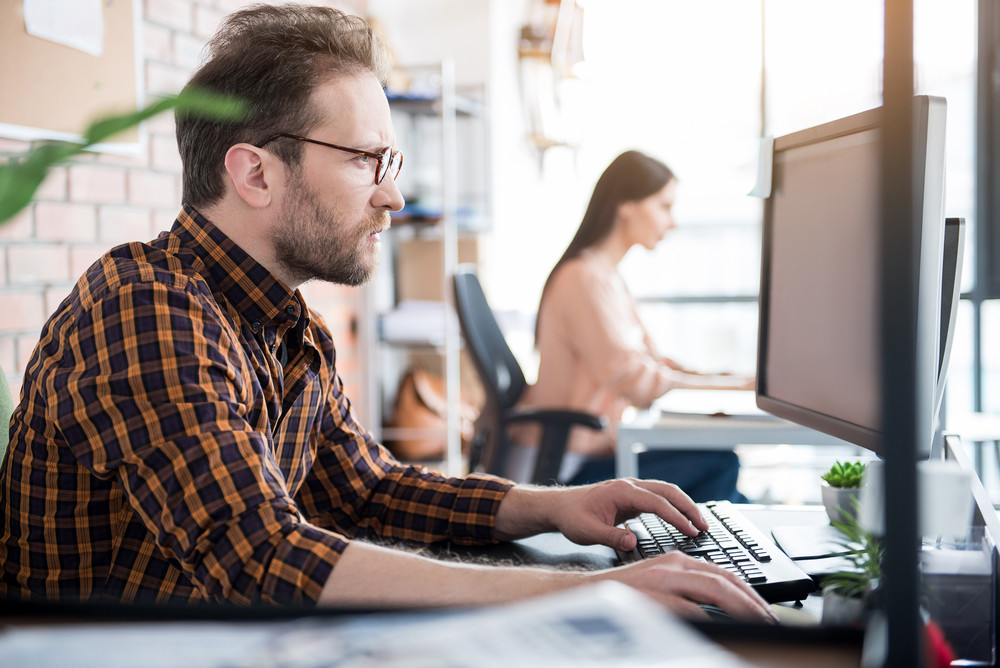 Estonia is not a wealthy country. We don’t have the chance to put a large amount of money into preventing health problems, including chronic diseases, also called as noncommunicable diseases. We can, however, without spending a single euro, do something very important for our health. Continuous non-stop sitting is a treacherous enemy! Hundreds of studies have shown that sitting must simply be interrupted, and regularly. Recently, it has been shown that breaks from sitting in occupational condition reduce the risk of noncommunicable diseases.

To encourage a sitting person to stand up from time to time, wealthier countries have acquired work desks that rise and lower. The United Kingdom’s NHS (the National Health Service – editor) is implementing – at great expense – these types of work desks for all doctors, nurses, secretaries, the entire medical staff that use computers in their work. There are these types, perhaps oversold sit-stand desks, also in Estonia in some wealthier companies.

But a person can rise from the chair by himself, without such an expensive motivator, to get up and straighten his back. According to Dr Joan Vernikos, who was responsible for the health of NASA astronauts, gravity is a greater contributor to good health than anyone had previously thought: “Standing up [against the force of gravity!] often is what matters, not how long you remain standing. If you stand up 16 times a day for two minutes, the body will read that as 16 stimuli, whereas if you stood once and remained standing for 32 minutes, it would see as one stimulus”, and: “Easy, every-day, all-day movement will keep you healthy for life.”

When giving presentations and training, the following has always bothered me: I am speaking and the listeners beside me are sitting. Until suddenly I realised that it doesn’t have to be like this! Listeners don’t have to sit the entire time. I bought a bell for €3 and put it to use. Every ten minutes, I ring the bell, the audience – surprise, surprise – rises up fast; I give them permission to sit back down immediately, their mood improves greatly, they laugh, and I get very positive feedback from them.

And now, when I write this to you, I take my bell and use it on myself. I wish it would even reach your ears: one has to stand up for their health!

I am a doctor who has, for over 40 years, dealt with patients who have had direct musculoskeletal diseases (rheumatoid arthritis, spine disease ankylosing spondylitis etc) and I have recommended to them to exercise, both on land and in water. First and foremost is simply walking, which is the most natural for two-legged bipedal creatures, but I also prescribe movements for bedridden patients on their backs in hospitals. Physical activity! Not too much at once, but frequently throughout the day. Thus, my rheumatic patients formed their own group (which they started to call the Baby-Like Kicking Patients Association).

Even healthy people can benefit from, for example, lying down for a minute or two on a mat every hour and doing simple movements on it. This will relieve physical strains and has proven to relieve pains while causing also the “eureka moment”. And standing up from yoga mat is an even greater gravity stimulus than getting up from a chair. 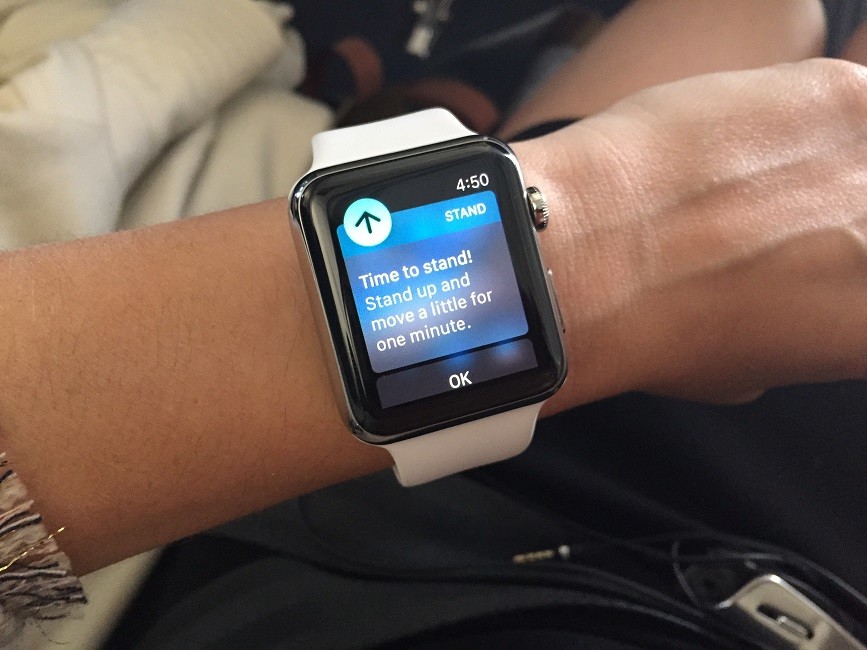 Changes to workplace organisation and environments

Particularly concerning are reports of doctors and nurses experiencing burnout. Being a doctor, I know very well that medical personnel, doctors, nurses, nursing aides and lab workers quite often do not realise that they must also look after their own health, especially during work.

We have a nice example to follow from Seneca, New York: nurses and architects together present what the resting room for medical personnel in a hospital should be like: 1) It should be separated from patients and their relatives; 2) it should not be far from the workplace (high responsibility work requires quick arrival); 3) it should contain some green, better yet something that grows and is alive; 4) it should have a window; and 5) a bonus would be a balcony.

And then the nurses’ special request: “Put one’s feet up!”, an opportunity to lie back and raise the legs for couple minutes as a means of physical reprieve from long hours of standing and walking. Researchers are convinced this raises job satisfaction among medical personnel, reduces work stress and improves work quality. Medice cura de ipsum (physician, heal yourself – editor). Dear colleagues, take care of yourselves to care for others.

A third of life we recover for the next day – lying is not sedentary behaviour. Both prolonged sitting and standing postures can and should be avoided by changes to workplace organisation and environments.

Dear friends, each of us needs peer support to change the lifestyle, and fortunately we are not alone. In Australia, the movement, “Stand Up Victoria, Stand Up Australia”, has started. From the famous Mayo Clinic in the US, we hear, “Get Up!”, and a call to redeem chairmen and chairwomen from their curse of lethal sitting! Finland’s social and health ministry posted already in 2015 a national advice: “Jokainen ylösnousu tekee hyvää!” (“Every uprising is beneficial!”)

Every physical action starts with rising up from chairs, example inspires others. Let the idea of uprising ring like a bell in our conscious!

A summary version of this article was published in the Estonian language newspaper Maaleht. The cover image is illustrative.

Dr Ragnar Viir was born in 1943 in Tartu, Estonia, and graduated from the University of Tartu in 1968. He is a founder of the Värska Spa in Estonia and has worked in various hospitals both in Estonia and Finland. In 2010, he defended his doctoral thesis, “The effects of different body positions and of water immersion on the mechanical characteristics of passive skeletal muscle”, at the University of Tartu. His main research interests include aspects of human lifelong interaction with gravity.