People like to talk about how small Estonia is, but a recent coincidence testifies to the adage that it’s a small world as well. 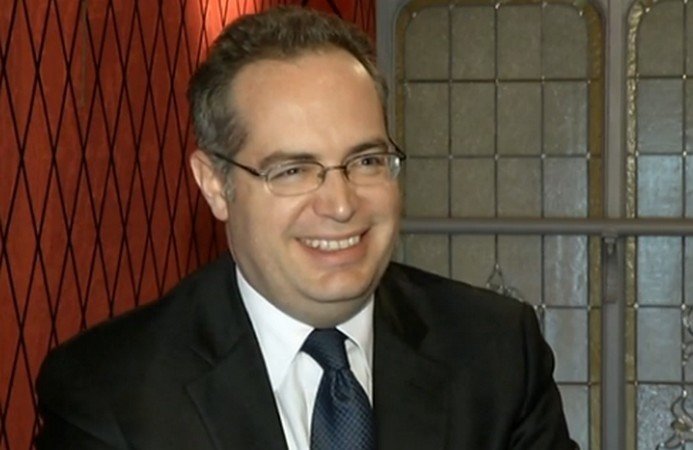 American Morgan Hall told this story to the Estonian Public Broadcasting channel: “We were bored one day and nothing really to do. And we started, I think, going through the phone book and wondering if we could call the Soviet Union. It sounded like a silly idea and we didn’t think we would actually be able to do it.”

“But we found a city code for Tallinn and Tallinn sounded interesting. Estonia was sort of a unique republic within the Soviet Union. And a different language; not a Slavic language. It was just a bit more exotic than calling Moscow.”

“Of course, for everyone growing up in the 1980’s, the Soviet Union was this very different place. It was “the other”. It was an area that we knew nothing about. You couldn’t go there; you couldn’t have contact, and yet that sort of, I guess, drives the desire to have contact or curiosity. So I think – and my memory of this is sort of foggy – but I think what we did was we just chose the country code for the Soviet Union and the city code for Tallinn and then dialed a random series of numbers after that.”

On the other end of the line, on the other side of the world, 14-year-old Maris Tippo picked up at her home near Tallinn’s Olümpia Hotel. Having been studying at what is today Tallinn English College, Tippo had no problem carrying on a conversation.

“We were doubly surprised to finally find someone who spoke English, and very good English, and we could have a normal conversation,” Hall recalled.

After talking about weather, whether Tippo liked living in the Soviet Union and about what she knew about America, a constantly giggling Hall and his friend promised to send a postcard.

“Paul and I realised that it was going to cost a lot of money and so I don’t think we said anything to Paul’s mother. And then she found out later, of course, when she got the phone bill. She saw this ridiculous phone call and she was very upset,” Hall said.

On both sides, it seemed incredible that the call had even made it through. “I remember, after we hung up the phone, we couldn’t believe that we had actually talked to someone in the Soviet Union. It seemed impossible,” Hall said.

Indeed, receiving such a call in 1986 seemed as likely as talking to aliens. Tippo’s parents were even concerned that the call had been made by a KGB operative to test the Estonian family’s loyalty. For that reason, Tippo did not tell any of her friends the story for a long time.

A postcard never arrived, but recently Hall, now living in Brussels, told the story to Tippo’s friend, Mari Tomingas, at their kids’ football practice. The two realised the connection when Hall tried to remember Tippo’s name.

“[Tippo] told me that she was happy that she was sitting down when she read my mail; otherwise she would have fallen over,” Tomingas said.

Tippo mused at the events. “My friend told me that if this was a novel it would be overdoing it and wouldn’t be believable,” she said.

Tippo and Hall have since talked on Skype and invited each other to visit.

“I’d like to meet her parents and apologise for the anxiety we may have caused them. And say we weren’t the KGB,” Hall said.

Hall and Tippo both ended up being diplomats.

This article was first published by ERR News, the English news portal of Estonian Public Broadcasting. Cover: Tallinn skyline at night in winter (the image is illustrative).