As the United States celebrates Independence Day, commemorating the adoption of the Declaration of Independence on 4 July 1776, the date on which the country formally separated from the British Empire, it’s timely to send good wishes from Estonia and be grateful for the American support throughout the years.

On 4 July, 1776, there were 2.5 million people living in the newly independent United States, comprising 13 former British colonies. Today, America’s population is more than 323 million and it is still the most powerful single nation on Earth, albeit under growing pressure from a “country of dragon”, China.

Just as for the rest of the world in the last century, the US has also played an important – and occasionally, major – role in the Estonian affairs, both institutionally and on a personal level.

While Estonians first started immigrating to America in the late 19th century and the United States established official diplomatic relations with Estonia in 1922, it wasn’t until the 1940s – the Soviet annexation of Baltic states and the WWII turmoil – that the role of the US became crucial.

First, there was the Welles Declaration. On 23 July 1940, the United States’ acting Secretary of State, Sumner Welles, issued a declaration that condemned the Soviet Union’s aggression against Estonia, Latvia and Lithuania.

Even today, there are still a number of people in Estonia, who argue that the US and other Western allies could have done more to save the Baltic states from the Soviet takeover, calling it Western betrayal. They argue that the Yalta conference in February 1945 – at which Roosevelt, Stalin and Churchill discussed Europe’s post-war reorganisation, leaving the Central and Eastern Europe under the Soviet domination – should have had a different outcome.

This author sides with those who say that realpolitik made it impossible to do anything else. Due to the significant power and role of the Soviet Union in the war against Nazi Germany, the US was unable to confront the Stalin-led tyranny militarily in the region, immediately after the end of the war. But the Welles Declaration, at least, enabled Estonia, Latvia and Lithuania to maintain independent diplomatic missions in the US, while their financial assets were also protected until they regained independence in 1991.

Then there were people. In 1944, in the face of Estonia being occupied by the Soviet Red Army, 80,000 people fled the country by sea – first to Germany and Sweden – becoming war refugees. Thousands of them were soon allowed to move on and settle in the US, where Estonians generally prospered.

Meanwhile, the US-based Estonian political activists and diplomats in exile consistently lobbied successive American presidents on their cause and made sure the Soviet occupation of Estonia would not be forgotten.

But it didn’t matter only to Estonian expats in the US – it mattered also to folks back home. When the Cold War – the confrontation between Soviet Union and Western allies – got into a full swing, the US set up a radio station, Radio Free Europe, in West Germany, as close as possible to the countries behind Soviet-controlled Iron Curtain. And Estonians caught the signal, too.

As Mari-Ann Kelam, the Vice President of the Estonian American National Council from 1986–92, wrote recently, “Each year on 24 February (the Estonian Independence Day), thousands of ears were pressed close to their wireless sets to hear, through the crackling generated by radio jammers, broadcasts of festive assemblies organised by Estonian expatriate organisations, the Estonian national anthem and the US president’s annual message to Consul-General Ernst Jaakson, expressing the hope that Estonia would become free again one day.”

And free it became again. In October 1991, the US officially returned to Estonia when its embassy started operations in Tallinn again, first in temporary offices located at the Palace Hotel. Few months later, in February 1991, the US embassy resumed operations in the same building on Kentmanni Street that had housed the pre-war US legation to Estonia until it had been forced to close in September 1940. 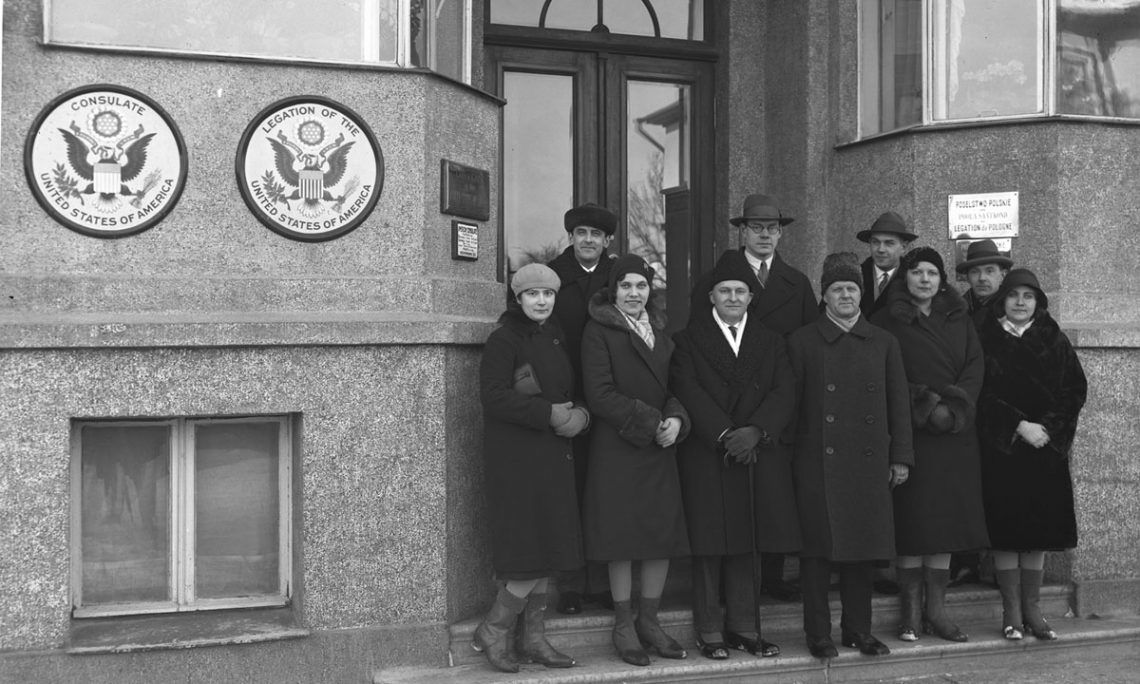 Perhaps unexpectedly, the US’s role became clearly evident again in 2014, following the annexation of Crimea by Russia. Made nervous by Moscow’s resurgent aggressiveness, Estonia, Latvia and Lithuania asked for security assurances from their Western allies – until then, no permanent NATO troops were stationed there.

American support was crucial; enforcements – “boots on the ground” – arrived in hour of need. “The defence of Tallinn and Riga and Vilnius is just as important as the defence of Berlin and Paris and London,” the then-US president, Barack Obama, said while visiting Tallinn in autumn 2014.

But the partnership between the two countries is not only tied to security matters. The US is a top 10 export partner for Estonia. In recent years, many Estonian high-tech companies and start-ups that have received American financing have gone on to open up US offices while maintaining important jobs in Estonia. There are also aspiring Estonian artists who have moved to New York or Los Angeles – to make or break in the global world.

“The American, by nature, is optimistic. He is experimental, an inventor and a builder who builds best when called upon to build greatly,” John F. Kennedy, the iconic US president, once said. For this author, this saying really embodies what’s great about America – even if on these days these virtues don’t always apply anymore, they are always worth aspiring to. Happy Independence Day!

The opinions in this article are those of the author. Cover: People waving the Estonian and American flags during president Barack Obama visit to Estonia on 4 September 2014 (photo by Rene Velli/Office of the Estonian President).