I must confess – I am a product of a very matriarchal clan led by my diminutive mother who rules like Napoleon and makes no apologies for it.  Add a gaggle of grandmothers and aunts of every crazy caliber. It is no wonder I continue to be intrigued by men.

My dad was the defeated minority, frequently hiding in a garage “fixing the car”, terrified of all the estrogen raging in the house and knowing that try as hard as he might, he could do no right. The male species remain an elusive mystery to me. Even now, when I am the only girl in the family of four…

Throughout the years I have studied the males in their natural habitat, conducted scientific observations and even resorted to Gestapo-style interrogation.  As fate would have it, my main point of interest has specifically become the American Male. What exactly is it? In Europe, an American man is easily spotted by the obligatory white sneakers and equally gleaming dentistry. However, in their home terrain one realises that there are many interesting subcategories. Broadly speaking, though, I can quite resolutely declare that I love American men. Some of them personally. Maybe it is because I left Estonia at such a young age that there was no time for love. Legally. Maybe it is because the American men’s selection is a real smorgasbord. Do you desire someone with a temperamental nature who cooks well? Here you are, a Cuban American. Looking for a jolly lovable alcoholic? Thadaaa, an Irish American. Do you wish someone really exotic and to piss off your parents? Please, take an African American. 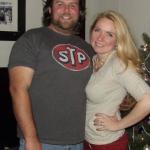 A questionnaire I conducted amongst my Estonian girlfriends revealed that the biggest difference between Estonian and American guys is the communication skill and a general cool attitude. American man is usually sociable and friendly, not lurking in the corners by himself. He makes a lot of compliments without necessarily expecting anything in return but just to be polite. And yes, the Estonian consensus seems to be that the perpetual keep smiling attitude is very shallow, but let’s be honest: would you rather spend the whole day in a fun, friendly, positive environment; or amongst closed-off, grumpy, greasy-haired specimens contemplating their own bellybuttons?

American man flirts a lot without a designated purpose. It is how a salesman up-sells you or a waiter makes an extra tip.  It is entirely a woman’s choice whether to respond to the compliment with angry feminist offence, or go weak in your knees and start planning your wedding day. The best response, I have found, is to simply smile and say “thank you”.

Estonian girls are well aware of the fact that we boast highest quota of super-models per capita. They expect to be wined and dined. A modern American girl offers to go Dutch on the first date. Whereupon it is polite for a gentleman to refuse such a sweet gesture. My own first superficial impression of American men was their immaculate appearance. No greasy hair, broken teeth or black socks with sandals. A typical American man showers at least once a day, be it a fancy Wall Street racketeer or a hardworking labourer. Emphasis on shower, not bath. The only way an American guy will jump in a tub is if there is already a pair of soapy boobs bobbing about. I think men are afraid to bathe alone. An American male always smells good. A pleasant sporty cologne is in his arsenal, even for the most macho of them, who otherwise use car keys to clean their ears. If a man’s daily routine includes going to the gym, or nooners with a mistress, add another shower. It is mandatory for an American man to wear clothes only once. At the end of a day, all the shirts, socks and underpants fly on to the floor. Better trained individuals deposit then in a designated laundry basket.

Like in most cultures, a straight American male can roughly be divided into two categories – metrosexual and macho.  A liberal metrosexual spends a considerable amount of time and effort to look effortless. And a lot of time and money styling his hair to look like he just rolled out of bed.
Macho man dress classically. While living in Texas, I discovered that cowboys are not just a figment of Hollywood imagination but a real life specimen. They wear big hats and the big shiny belt buckles on their tight jeans proudly herald their ranch. I have not met a more polite gentleman than a Southern guy. A standard greeting is a tip of the hat and the conversation peppered with frequent “yes ma’am” – s. They even turn away when spitting tobacco on the floor.

Many macho men proclaim their sports allegiance, favorite beer or political views on a t-shirt. Or the car stickers. Hours and hours of sitting in traffic jams makes for pretty interesting reading. For example, you may find that “my child can beat up your honour student”. Or that if I can read the bumper sticker on the car straight in front of me, I am, in fact, too close to him. The back of the Harley guy’s t-shirt proclaims that “If you can read this, the bitch fell off”.

Be it macho or metrosexual, a successful cohabitation and marriage with an American male begins with proper house training. As a first step, literally, you must teach them to take their white sneakers off in the hallway. This is very painstaking work. Americans are accustomed to plop their feet with their filthy shoes on right onto the coffee table. Right next to a bag of chips and ham sandwich. Imagine if you have a baby crawling around on the floor? You imagine all the steeped in dog-poop and disease-infested gum spreading leprosy to the off-white carpeting. The nagging may take years and usually ends in defeat. As in, the woman resorts to vacuum-cleaning twice a day and endless use of Lysol. This sad situation is offset by the fact that an American man lets his wife decorate the home. And if he should attempt to chime in about placement of furniture, send him back into the debated closet and file for divorce immediately. The black leather sofa and a pinball machine get booted to the dumpster. A more generous woman will allow those monstrosities to be installed in the garage, where the husband can hide “fixing the car”, while he, and his guitar gently weeps.

35 thoughts on “An American man by an Estonian woman”