The international ESTO festival was originally started by Estonian expats who had escaped their homeland during the WW2. Their goal was to connect Estonians in foreign countries and to preserve Estonian culture and language.

The first ESTO took place in Toronto, Canada in 1972, followed by four-year intervals in different cities around the world, such as Stockholm, Melbourne and New York. For the original expat communities who were unable to connect with Estonia — inaccessible behind the Iron Curtain — ESTO provided a way to connect with each other and ensure that their national identity was preserved. However, since Estonia regained its independence and the old expat communities are gradually dwindling away, there has been less and less demand for such an event. Although in last 10-15 years thousands of young Estonians have yet again left their country, modern communication channels and roster of events celebrating national identity back at home provide a less urgent need to connect with other Estonian expats on a large scale internationally. 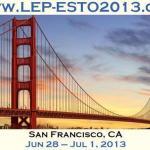 ESTO 2013 takes place in San Francisco and could provide a well-needed boost and really propel this tradition into 21st century. The event’s programme is tightly packed over four days. We caught up with Ingrid Arulaid Echter, the President of San Francisco Estonian Society and the organiser behind this year’s festival, and Andrus Viirg, representing Enterprise Estonia in Silicon Valley, to find out whether ESTO could still mean anything to Estonians and what the future holds.

Ingrid, what brought you to ESTO and is it your first time to organise it?

Yes, organising ESTO and the West Coast Estonian Days is a new experience for me and organising the two events together has never been done before by anyone. When I was elected leader of the San Francisco Estonian community, the West Coast Estonian Days were, so to say, on the calendar of things to take care of during my leadership.  When I learned that ESTO was in the need of a place to call home, I figured, let’s do it, and decided to bring the two together!

What was the main reason to choose San Francisco as the host city this year?

The biannual West Coast Estonian Days have been moving up and down the West Coast of North America for 60 years now, rotating between Vancouver, Seattle, Portland, San Francisco and Los Angeles. They were scheduled to arrive in San Francisco in 2013 to celebrate the 60th anniversary in the city where it began. The President of the Estonian World Council requested if we would consider combining the two events, as celebrating ESTO also fell onto 2013. After a year of research to better understand what both events required, I decided that bringing them together was doable and built the team to make it happen.

I remember hearing about ESTO in 1988, around the time of Singing Revolution. It seemed kind of distant and foreign at the time, organised and participated by long-lost Estonian expats. Yet, here we are 25 years later – tens of thousands of people have left Estonia again and are living abroad. How much do you feel that the younger generation has embraced ESTO and has this transformation from older to younger been smooth?

That generational change is happening now, it hasn’t happened yet. For domestic Estonians circa 1988, ESTO was indeed distant and foreign. It was a festival full of tradition and culture, but presented through the lens of Estonian expats. The 1990s were a chaotic time for all and I believe ESTO, like so many other aspects of the Estonian culture, struggled with that dramatic period of change. Expat Estonians returned to the country while young Estonians like myself departed for multitude reasons, but for the first time in several lifetimes we left under our own free will. The last thing this new wave of expats wanted to do when they arrived overseas was to participate in Estonian tradition. We were from Estonia, we could freely return, we felt we knew the culture and we wanted to explore the world. The 2000s were a period of settling in and calming of the chaos, and I personally feel the 2010s is the decade where the new generation of Estonian expats are going to shine.

You can see the impact of the younger generation in this year’s festival: from day care to technology forums and sell out crowds at major venues. This is the impact of the two generations working together and it is only possible now that 25 years have passed and members of both groups have had time to adjust to the change and return to their roots — being Estonian.

How many people are you expecting to participate this year?

We are thrilled to be selling out some of the best venues in San Francisco with numbers over 1,000 per event. Our total attendance will be somewhere between 800-1200 of “our people” and another 1000-2000 local San Franciscans participating in various events such as the opening gala, song fest, dance fest and film screenings.

What do you think is — or should be the main aim of ESTO in the 21st century?

Great question. While the aim of ESTO in the 20th century was to keep the Estonian culture alive, in the 21st century, the aim of ESTO can evolve into helping Estonia as a nation thrive throughout the world. This pivot will keep our culture strong while also promoting growth and support of Estonia as a country.

“While the aim of ESTO in the 20th century was to keep the Estonian culture alive, in the 21st century, the aim of ESTO can evolve into helping Estonia as a nation thrive throughout the world. This pivot will keep our culture strong while also promoting growth and support of Estonia as a country.”

How do you think you can achieve it?

Do it as we did. Involve everyone who has interest and passion and strengthen the ties among Estonia and the host cities! We engaged and connected our local Estonian community with talented Estonians globally. Then we engaged the local San Franciscan community. This isn’t a festival of defiance, this is a celebration of who we are and where we are going and we are going to share it with rest of the world.

How active is the Estonian expat life in San Francisco generally?

Estonian expat life in the bay area is extremely active. Silicon Valley, the tech and venture capital, combined with Estonia’s knowledge-based economy and enthusiastic entrepreneurs — this place is a perfect fit. We have more Estonians arriving all the time and that feeds to a healthy and active expat community.

Andrus Viirg, I noticed that ESTO 2013 programme also includes the participation from various start-ups. Are there many Estonian start-ups in Silicon Valley and what will be their role at ESTO?

As ESTO is held in San Francisco, it would be a shame not to include the world famous Silicon Valley start-up business ecosystem. Silicon Valley is considered the gold standard among tech companies, global or just start-ups — if you are not visible here, you are not taken seriously! And the Estonian tech start-up community is present in Silicon Valley. It all started in 2007 when Enterprise Estonia, our government’s business development agency, opened its representative office here – it’s called the Tech Embassy of Estonia by the Silicon Valley Business Journal. And since then, an increasing number of young Estonian tech companies have been visiting Silicon Valley and some of them have also incorporated here and gone global!

Within ESTO 2013 program we have a special half-day seminar called Innovative Estonia and the Skype Phenomenon. Skype has been instrumental in getting the Estonian start-up community active and also known in global tech circles. We will showcase the new waves of international start-ups from Estonia as well as couple of newcomers. We are very excited that Steve Jürvetson, a famous venture capitalist in Silicon Valley with Estonian roots and also one of the early investors in Skype, is involved as a keynote speaker and in a panel discussion with President of Estonia Toomas Hendrik Ilves, which would take place over a Skype link, of course.

And it was actually here, in Silicon Valley, where the Twitter hashtag #estonianmafia was coined by a local well-known angel investor Dave McClure, as it was getting already confusing how many Estonian start-ups were here in Silicon Valley, especially compared with the size of Estonia.

2 thoughts on “ESTO 2013 in San Francisco: a new start for an old tradition?”