The Economist Intelligence Unit’s Democracy Index 2016 has ranked Estonia as a borderline “flawed democracy” with the score of 7.85 out of 10; a “full democracy” ranking begins from the score of 8.0.

In the Economist Intelligence Unit’s Democracy Index, 167 countries scored on a scale of 0 to 10 based on 60 indicators across five broad categories: electoral process and pluralism; functioning of government; political participation; democratic political culture; and civil liberties. 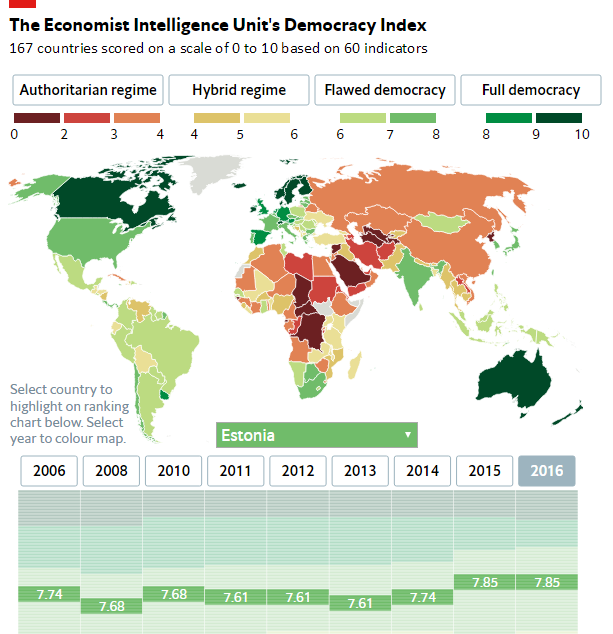 Norway the most democratic

According to the Economist Intelligence Unit, almost one-half of the world’s countries can be considered to be democracies of some sort, but the number of “full democracies” declined from 20 in 2015 to 19 in 2016.

The cover image is illustrative (courtesy of freepress.net)