According to the World Happiness Report 2019, Estonians are the 55th happiest people in the world, having improved their ranking compared with 2018 by eight places.

In the World Happiness Report 2018, Estonia only ranked 63rd.

As in 2018, the World Happiness Report 2019 puts Finland, Estonia’s northern neighbour, on the top. Norway, which came second last year, has changed places with Denmark, which is now ranked as the second happiest place in the world. Iceland is fourth, as it was in 2018, and the Netherlands came fifth, having switched places with Switzerland, compared to 2018. 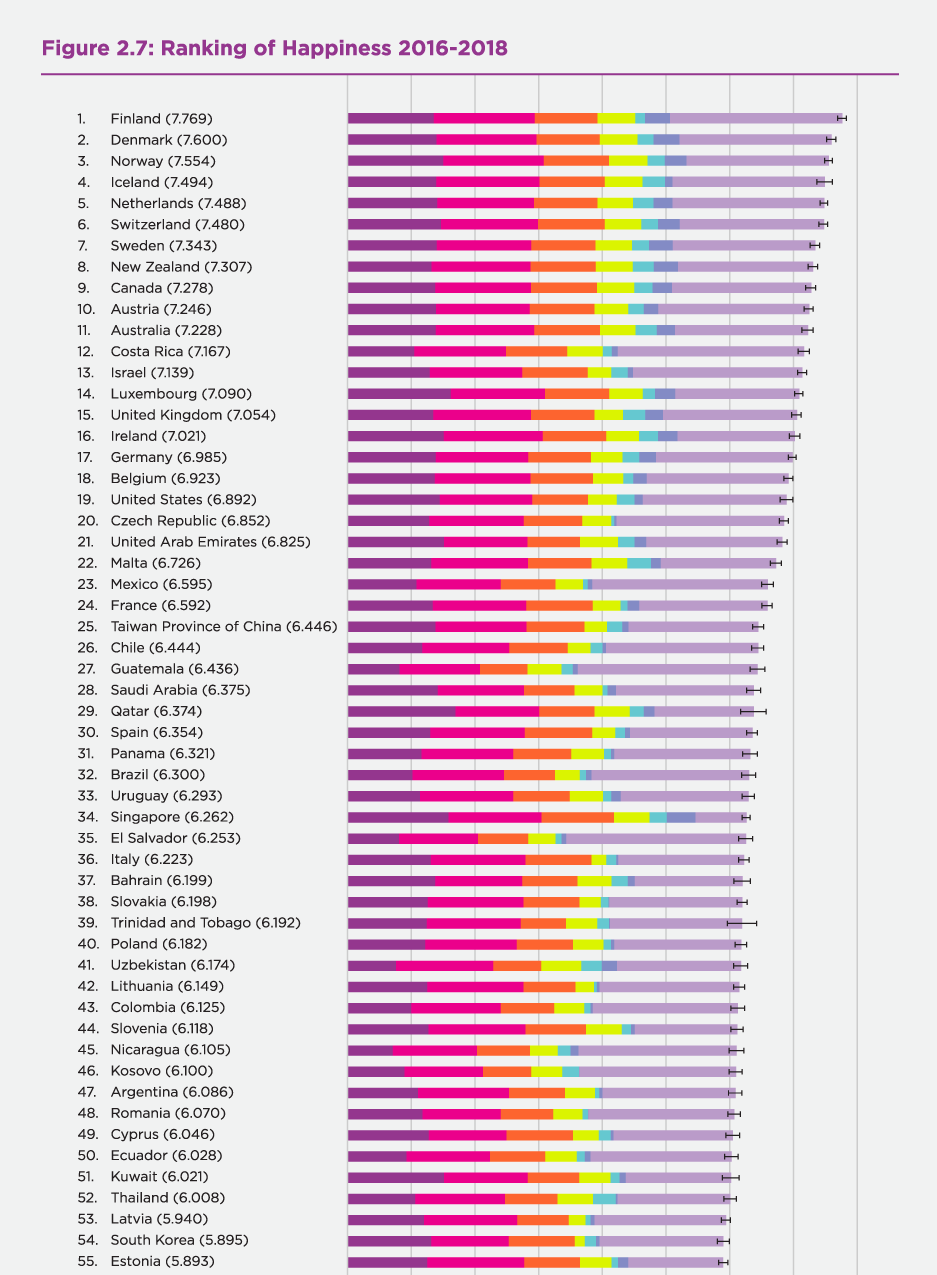 According to the report, government institutions and policies set the stages on which lives are lived. “These stages differ largely from country to country and are among primary factors influencing how highly people rate the quality of their lives,” the report points out. “The importance of national institutions and living conditions was shown forcefully in World Happiness Report 2018, which presented happiness rankings for immigrants and the locally born, and found them to be almost exactly the same (a correlation of +0.96 for the 117 countries with a sufficient number of immigrants in their sampled populations). This was the case even for migrants coming from source countries with life evaluations less than half as high as in the destination country.” 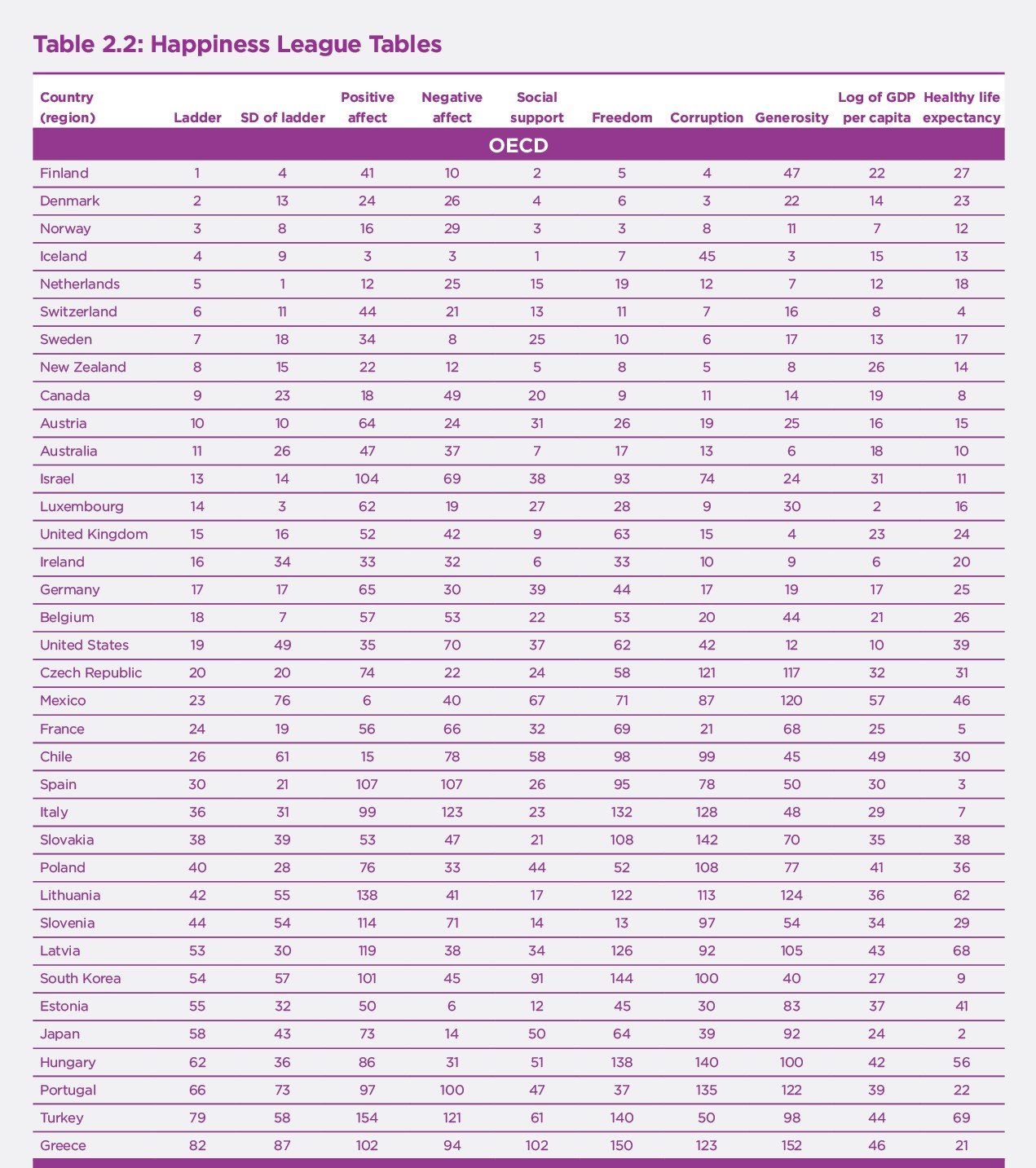 When it comes to the happiness of Estonia’s neighbours, then both Lithuania and Latvia fare better than the northernmost of the Baltic states – Lithuania is ranked 42nd and Latvia 53rd. Russia, however, is ranked 68th, a few spots lower than Estonia.

According to the report, the least happy country in the world in 2019 is South Sudan, followed by the Central African Republic and Afghanistan.

The World Happiness Report 2019 ranks 156 countries of the world.