Andres Simonson gives an overview of Estonian-American youth camps in the United States.

Summer beckons many things – vacations, barbeques, picnics and, for those of us on the US east coast, high humidity and city folk wearing socks with sandals at the beach. And, for many Estonian-American youths, it is also time for laager (Estonian for “camp”). As in, escaping overbearing parents for the luxuries of sleeping on a cot in a sweaty, un-airconditioned shelter with equally stinky best chums.

On the east coast of the US, the primary choices include Järvemetsa in Jackson, New Jersey, and Suvekodu on Long Island in New York. Both are wonderful options, share some similarities, but also differ significantly. As either a camper, counsellor or now as a signatory of entry fee checks for my children, I know quite a bit about both.

Järvemetsa (lake woods) is a boy scout and girl guide camp. The town of Jackson is adjacent to the famed Estonian-American diaspora enclave of Lakewood, NJ. Hence, the name of the camp. Or maybe it’s named thus because there’s a lake and plenty of woods. Regardless, uniforms and several gallons of bug spray are a must.

The parcel of land at Järvemetsa is gorgeous. As mentioned, there are woods, mostly of the pine varietal interlaced with meandering white sandy trails. The abundant trees provide shade during the day, and when the wind blows just right, a wonderful lullaby white noise at night. There’s a lake – ok, maybe more of man-made pond dammed from a tannin-laced, tea-coloured stream. And there are latrine pit-toilets, damned for all eternity.

I attended for many years, enthusiastically. It set the stage for my genuine appreciation of camping, which I earnestly embrace to this day. I learned survivalist skills, which have been muted by modern reliance on the internet, cell phones, and Keurig coffee makers. I tried to learn knots, but apparently failed, as I am now reliant upon bungee cords and ratchet straps.

I learned Estonian camp songs, but apparently failed, because I still sing like an off-key and squeaky voiced adolescent. But hey, if our modern utopia fails and doomsday arrives in a post-apocalyptic crash, at least I know how to make an elevated platform bed from felled pine trees and sisal rope.

Then, entering a slightly defiant stage of my youth, I rebelled against uniforms and saluting my elders. Yeah, that kid.

Enter Suvekodu (summer home) in Long Island. I was hooked within the first few days, well, after I overcame a brief and mild sense of homesickness and longing for a McDonald’s happy meal. No uniforms, no hierarchy of scouting degrees, and no pursuit of various badges of honour. Not to mention, the reliance on flush toilets at Suvekodu. 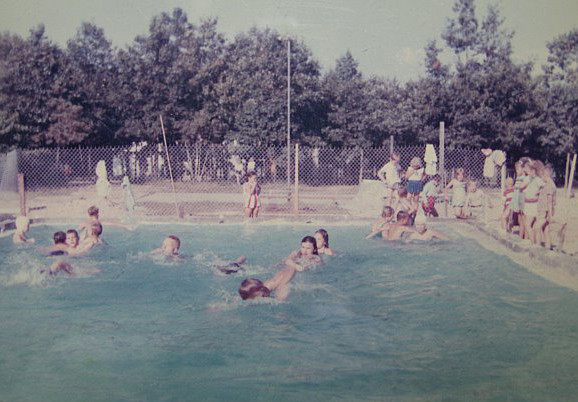 Suvekodu, for me, truly was my summer home for many years. Here we bunked in cabins, swam under the sun and, once the sun set, played night games. We honed our Estonian-ness through song, dance and in the kitchen, through generous servings of rolled thin pancakes. We honed our youthfulness with sport, games and an occasional harmless prank. These attributes were not unique to Suvekodu of course, as Järvemetsa offered mostly the same opportunities. But, it was just a different vibe.

Now, don’t take this as a trashing of the scouting way. Clearly, the benefits and positives of scouting and guiding outweigh my trivial adolescent aversions. Honestly, I couldn’t fathom a world without thin mint and samoa cookies. This is just simply an each-their-own story, and my particular fondness for a more libertarian summer camp experience. There is not a right or wrong answer, just preference. Frankly, I am grateful my daughters have not inherited this trait from me. How silly I was. They love Järvemetsa, as do I once more. 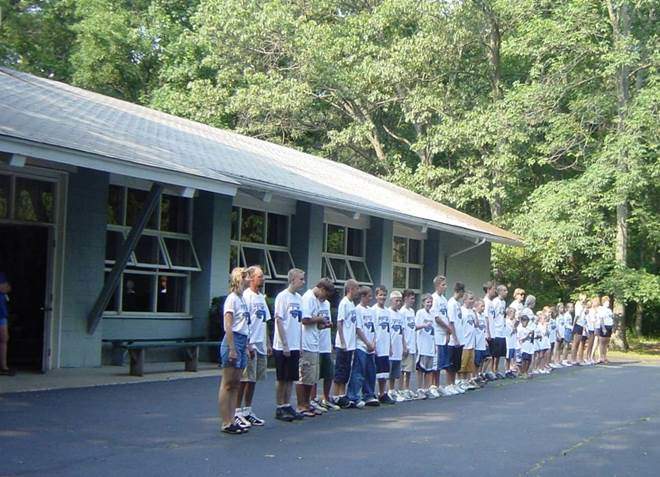 No matter the camping destination though, we can frame laager with three Estonian words:  sõprus, seadus ja sigadus – friendship, law and piggery, respectively.

Clearly, laager is time to make new friends and rekindle friendships anew. Here, while camping with your esto (short for Estonian, the word is widely used by expat communities – editor) friends, your first name no longer sounded odd amongst your peers. Those unique, double-vowel names that were difficult for school teachers to pronounce were finally normal! These may be friends you only saw once-per-year in the summer but were in your thoughts through the remaining three seasons.

But times have changed and modern technology has morphed ephemeral friendships into constant rapport. Thanks to Facebook and Instagram, one’s midsummer friends are in your news feed 365 and ¼ days per year. Which is nice, but not a replacement for breaking stale bread in the mess hall with you pals.

Of course, scouting and guiding are regimented and based on rule. And, despite my earlier portrait, so, too, was Suvekodu. Long Island was not an anarchistic Estonian version of William Golding’s Lord of the Flies. By no means. And once I became a counsellor, I was able to dispense the law – mwaahaahaahaaa.

Ok, maybe there was an occasional short-sheeted bed or talcum powder fuelled hijinks. But nobody was hunting Ralph, or more likely in this case someone with a name like Priit or Jüri, with pointed spears – as in Golding’s macabre tale of human nature and the miseries of war. Unfortunately then – but thankfully now – despite the miles of separation from our parents, the rule of law held strong in Estonian summer camp.

Put a lot of kids into nature and you’re bound to end up with filthiness. Dust in the hair, dirty soles and messy living quarters. What kid would have it any other way? Fortunately, though, a strict regimen of morning inspections by counsellors kept the latter in check.

As for the bodily griminess, there was the sauna as a control. For one cannot seriously consider a summer camp “Estonian” without a wood-fired sauna. Every epidermal pore was flushed from the inside-out, in temperatures rivalling the surface of Mercury. Medieval birch branch whisks, when flogged on the bare skin, would speed the sanitising process along. Finish with a cool shower rinse and voila, a purified kid.

For me, these days, I leave the Estonian summer camp sõprus, seadus ja sigadus to my darling children. Laager is a now time to help the kids set up their camp, to give them a big hug that will last the week, and to return home so I can put my feet up and drink a cold lager in quiet solitude.