The European sauna marathon – one of the few sports in which Estonians regularly emerge as world champions – will take place for the 10th time on 2 February.

Despite the name of the competition, there’s actually only one country (Estonia) and only one city in that country (Otepää) that’s crazy enough to host this competition each and every year.

The rules are simple. Competitors set off at noon with a list of saunas in the area and at each location must spend at least three minutes in each leiliruum (hot room) and tünnisaun (wood-fired hot tub), as well as nominate a team member to jump into each ice hole. There are expected to be more than 20 saunas taking part this year –  ranging from luxury lakeside lodges to DIY backyard constructions.

The sauna marathon has grown every year and had more than 900 competitors in 2018. Most are Estonian, but some people also travel from Russia, Latvia and Finland to take part. The good news for everyone else is that you have a very good chance of being your country’s national sporting champion simply by showing up. 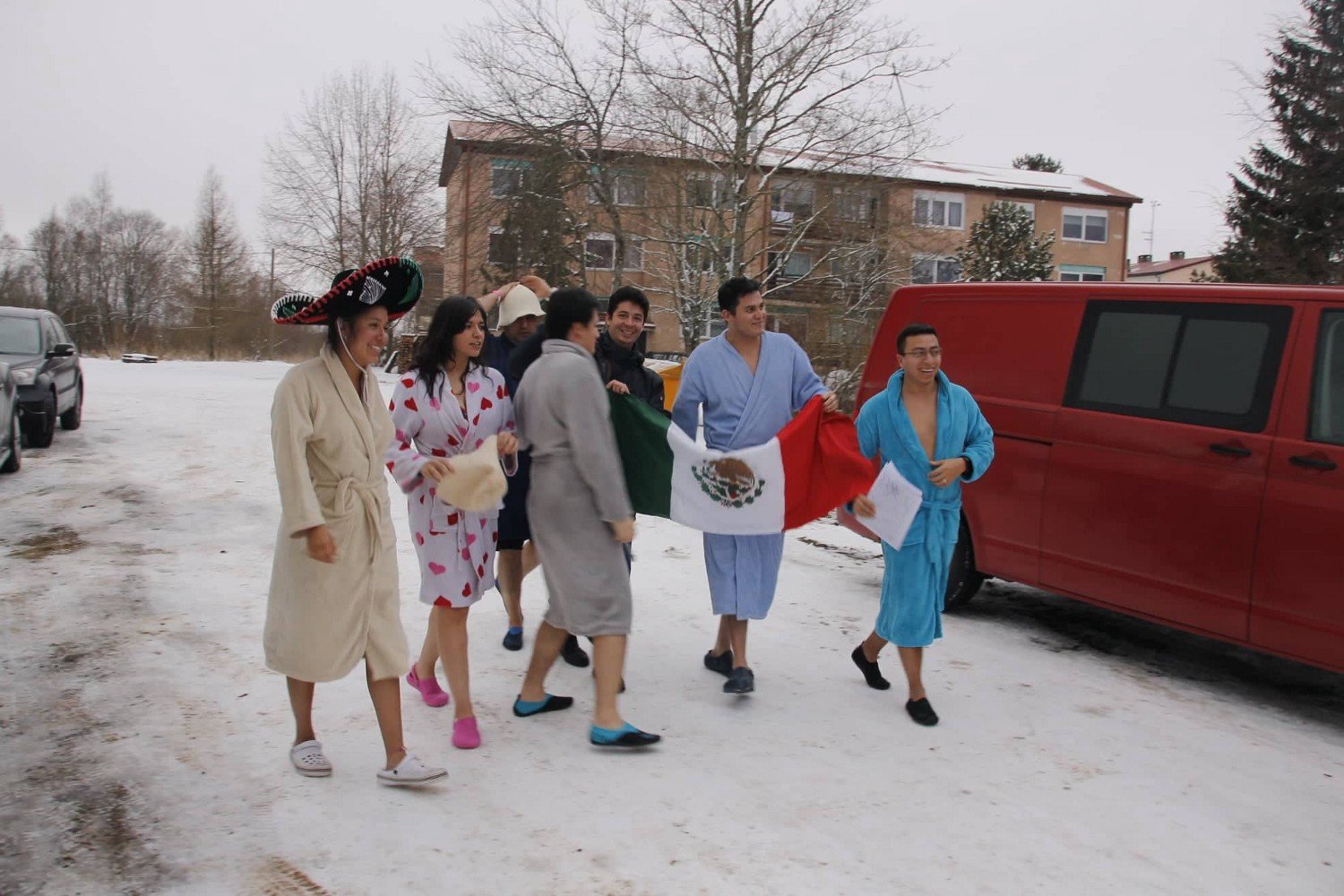 New technology will be introduced this year to improve the competition, including an app and tracking chip for each team.

It should be noted, however, that the real competition is between the saunas themselves  – many of which around Otepää are already decorated with the prestigious titles they were awarded from previous sauna marathons. Everyone who completes the course within the time limit gets to vote for their favourite saunas in a range of categories, such as hottest or most entertaining.

To give themselves the best chance of winning, the sauna owners will be working hard to keep competitors entertained, as well as warm. Previous tactics have included using everything from karaoke and live bands to samples of sauna smoked meat and shots of Jägermeister.

The ultimate winner, as always, is Otepää, though.

The sauna marathon might not be the most serious sporting event, but it does do a seriously good job of promoting tourism to Estonia’s winter capital from around the world. Whether you take part this year or just watch it on the news, you should return to Otepää later in the year and enjoy at least one of the saunas at a more leisurely pace.

How the competition works

Well… it’s not actually a marathon, for a start. It’s more of an orienteering road race involving a lot of saunas. You’ll need a team with a maximum of four people and a vehicle of some sort.

The organisers – which includes the local police – would rather you didn’t think about it too much like a race at all. To remove the incentive to drive recklessly, the prize winners are drawn at random from different groups that complete the course within certain times.

The only thing we can say for certain is that it’s a lot of fun.

You’ll need to buy your ticket in advance and then register on the day from 9 AM at the Otepää Cultural Centre, which is both the start and finish line. That’s when you’ll be given your instructions, including the details of all the saunas you need to find. Don’t forget to bring €35 in cash as a deposit for your tracking token.

The race starts at 12 PM and then you’ll need to return before 5:30 PM after visiting all the saunas.

A full list of rules will be available shortly. Please note, though, that the local police are very supportive of the event, but “trying to win the sauna marathon” will not work as an excuse if you break the speed limit.

After the winners are announced at the Otepää Cultural Centre, there will be an after party at Otepää Comeback Nightclub featuring the Estonian Eurovision winner of 2001, Tanel Padar.

Expect it to be very cold

If you are imagining yourself getting sweaty in a series of relaxing saunas, think again. The sauna marathon is actually very, very cold.

It takes place on what is usually the coldest weekend of the year – and you’ll spend most of that time outside wearing next to nothing. To make things worse, you have to jump into the ice holes before going inside the leiliruum (so that you don’t have to go inside twice).

Finally, the saunas won’t really warm you up anyway because you’ll only spend about three minutes inside each one – and so will everyone else, meaning the doors to each leiliruum will be constantly opening.

So, think about how you will keep warm while running around and travelling in your vehicles. Brings your warmest clothing and some flasks of a hot drink.

The hardest part of this competition is convincing someone to use their nice car to drive around your team, which will return sweaty, sooty and/or soaking after each sauna.

Keep them happy by bringing some kind of cover – or just lots of spare towels – to cover the seats and floor.

You’ll need to get your shoes off and on a lot, as well as run around the frozen landscape, so think carefully about your footwear! Old trainers or comfortable sandals are best.

The sauna marathon, like most other things in life, shouldn’t be taken too seriously. Find your craziest friends, find a funny outfit, then join us on 2 February and you are likely to make more friends along the way.

This is a lightly edited version of the article originally published by Adam Rang in Medium. You can follow Adam’s take on Estonian sauna culture also on Instagram, Facebook or Twitter. Images courtesy of the Estonia’s European sauna marathon.