In the autumn of 1970, a rumour about a major hippie gathering coming to the Town Hall Square was spread around Tallinn. All the long-haired guys – and there weren’t many of them – got excited by a vision of a cheerful crowd whose social criticism would be masked by the language of rock music and the psychedelic play of colours. Although this vision never became a reality, it did enough to provoke some sense of community for those who longed to be part of the legendary Summer of Love in San Francisco or the Woodstock festival in late 1960s America.

The bare fact that there was a hippie movement in the Soviet Union might come as a surprise for many. But in truth, it lasted longer than any other hippie movement in the world. Despite authoritarian rule and the Soviet system’s desire to control – and thus limit – people’s lifestyles and world views, some young people were well aware of what was going on at the same time in the West. Hippie culture in the Soviet Union had its own trajectory that formed along the information flows distorted by the filters of the Iron Curtain, and got twisted by the overall cultural repressions within the USSR. Coveting Western freedoms and spiritually inspired by the cultures of the East, the Soviet flower children detached themselves from the official ideology and channelled their self-expression into rock music, the cult of love, pacifism, actual and cosmic travel, and a physical appearance that was certainly considered unacceptable for a decent Soviet citizen. 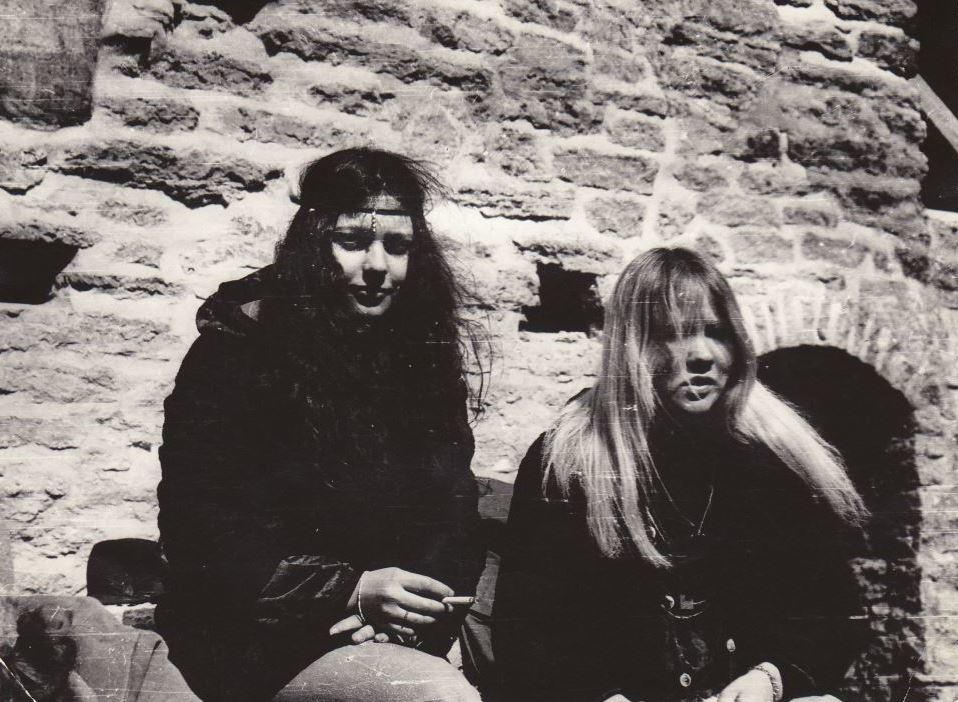 The Khrushchev thaw (1956-1964), that followed Stalin’s repressions, brought a breath of fresh air to some places in the Soviet Union. But the stagnation that accompanied Brezhnev’s rule did not leave much room for hope or personal freedom. Thus the generation that grew up in the late 1960s saw the world as a one big lie, so it was better just to deal with your own things.

In Estonia, the so-called Soviet West, foreign radio broadcasts kept people updated on the happenings elsewhere in the world and Finnish television that travelled across the bay was an open window to the world. They knew that their contemporaries in the Free World were rocking in the spirit of the slogan “Make love, not war”. An old hippie lady told me: “I was young and personally influenced by this movement as this was something that made us even behind the Iron Curtain feel free, as being part of the world youth and their spirit of protest.” 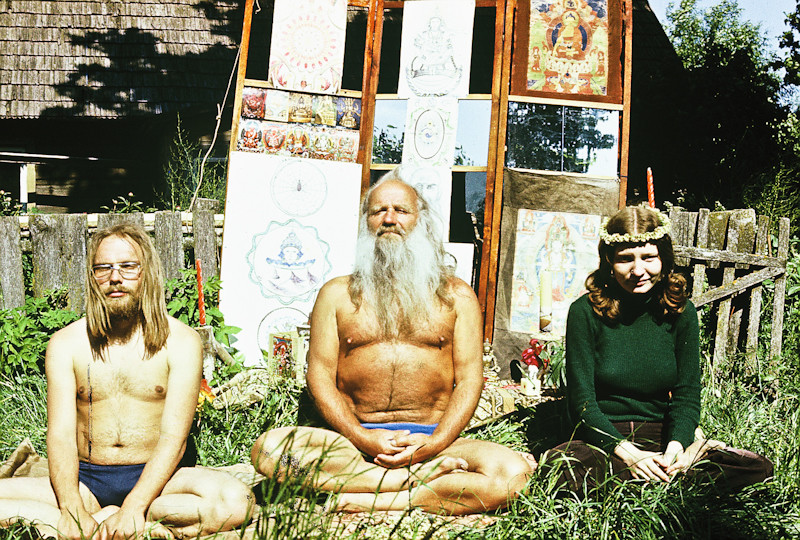 Young minds were enthralled by iconic hippie-era albums from the West, which were illicitly distributed, exchanged and re-recorded on reel-to-reel tapes. Jimi Hendrix and Janis Joplin were their heroes, too. Arguably the very first psychedelic rock band in the Soviet Union, Keldriline Heli (translates as “sounds from the basement”), was established in 1970 in the basement of today’s Tallinn University of Technology. They got to play some good shows, until one of them was so awesome that it was seen as a threat by the authorities. The group was banned, but they continued with a different name for a while – another common practice by musicians who got in trouble with the state.

Hippies stood against the established system and the values of the petite bourgeoisie, which in the West was nurtured by a consumption mentality and Christian conservatism, but on this side of the Iron Curtain rather by the red flag parade. For Soviet hippies, it was a form of passive protest against the Soviet rule. They opposed the system through symbolic expression. But the power elite saw these “long-hairs” as “infected” by the Western influences, and as social parasites whose activities posed a political danger. This resulted in several measures designed to rein in the youth: strategic harassment by the KGB, strict limits on cultural activities, censorship, expulsions based on appearance, involuntary treatment in mental hospitals etc. 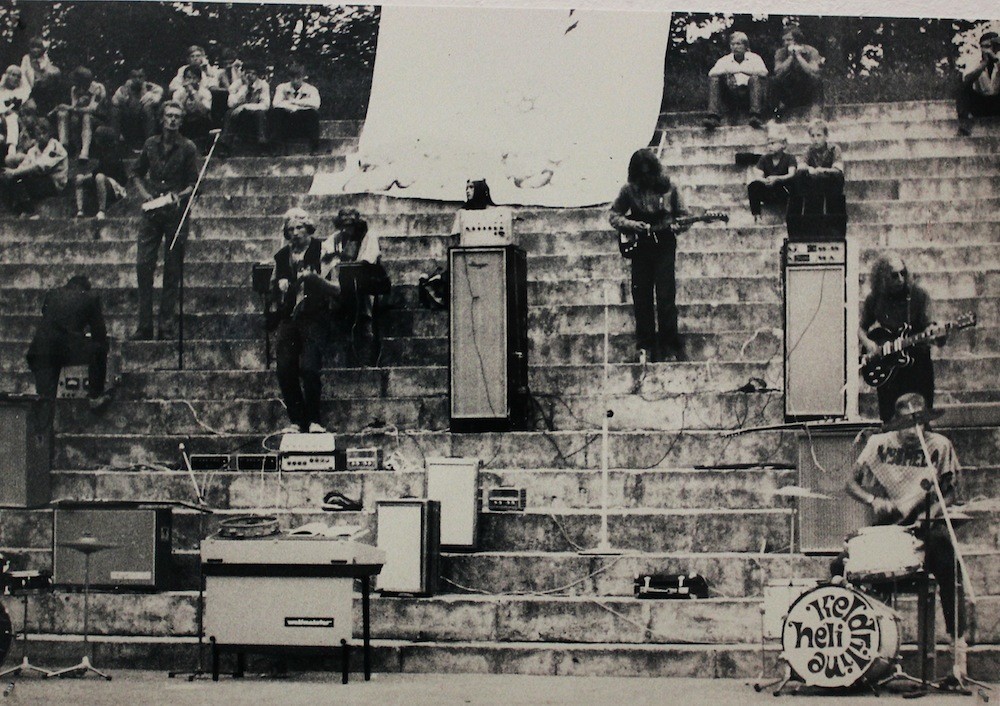 We could now even speculate that the “cross-union hippie gathering” was a KGB operation – in order to nail down all the “social parasites” at once. Fortunately the youth got scent of it and a smaller international crowd met in privacy.

It was not only rock’n’roll, but also various spiritual practices that provided a way to deal with the social absurdity of the time. If in the West hippies searched for other spiritual paths that transcended the limitations of institutionalised religion, in the officially atheist Soviet Union any spirituality was an alternative, providing an option to escape the grey daily reality. Hippies found their inner freedom by combining spiritual guidance from the partially available Western media, samizdat literature, the locally emerging Hare Krishna movement, Buddhist studies and the teachings of some local gurus such as Mihkel Ram Tamm. Experimenting with various states of perception allowed the hippies to escape the Soviet reality and strive toward a sense of freedom.

Cover photo: Screenshot from the “Flowers and Sickles: The Psychedelic Underground of the Soviet Hippies”. Photos and video courtesy of hipid.ee

Terje Toomistu is an Estonian documentary filmmaker with a background in anthropology. Her work often draws from various cross-cultural processes, queer realities and cultural memory. She holds double MA degrees in ethnology and in communication studies from the University of Tartu, where she is pursuing a PhD degree in anthropology. In 2013-2014, she was also a Fulbright fellow at UC Berkeley, CA. Currently she is a visiting researcher at the University of Amsterdam. She co-curated a multimedia exhibition about Soviet hippies, which has been exhibited in museums and galleries internationally.