Measuring and comparing people’s quality of life and life satisfaction has given many outstanding economists serious headaches. It is generally agreed that the usual way of comparing GDP per capita does not really capture the many aspects that contribute to human satisfaction and happiness in life.

One way to explore this phenomenon is to ask people how satisfied they are with their lives. The World Values Surveys and the European Values Surveys provide us with such data. Other than people’s opinions, the other way is to compare various development indexes capturing issues such as freedom, gender equity, health, education, distribution of income, and others. Miguel Basañez, professor at Tufts University and Director of its Cultural Change Institute, has created an Integral Development Index (IDI) which aggregates the Human Development Index, the Freedom House ranking of freedom, gender equity and the GINI distribution of income. Based on the 2011 data, the IDI ranking results in a following list:

Estonia lands in an honourable 25th place, between Japan and the UK. The US ranks 35th. 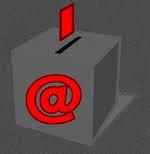 The IDI measures the solidity of the political institutions necessary for effective democracy and Estonia has made remarkable progress in a very short time. Interestingly enough, it seems that the public attitudes and values seem to take somewhat longer to catch up with these political developments. This becomes obvious when we look at the responses people give on various questions about their views and attitudes. Another aggregated index combining such responses, the Subjective Development Index (SDI), was developed based on World Values Survey outcomes on the survival versus self-expression values and traditional versus secular/rational values.

Since the World Value Surveys explore a variety of subjects to comprehend individuals’ internalised views of the outside world and their shared systems of beliefs and values, there are grounds to believe that a country’s ranking in the IDI and the SDI lists should bear great resemblance. And indeed, for 77% of the countries this is the case. Again, the SDI ranking gives us Sweden, Norway, Denmark and Switzerland on the top of the list with the people in these countries carrying strong self-expression and secular value sets.

But there are also some countries where the two indexes are far off each other. Estonia is one of them since the SDI based on people’s value systems places the country at 50th compared with the above IDI’s 25th place resulting from its democratic institutions. In their March 2009 Foreign Affairs article, Development and Democracy: What We Know about Modernization Today, Ronald Inglehart and Christian Welzel point out this phenomenon, calling countries such as Estonia, Cyprus, Hungary, Poland, Latvia and Lithuania “overachievers” in effective democracy. They put forward a hypothesis that these countries demonstrate higher levels of democracy than their publics’ values would predict thanks to the incentives provided by membership in the European Union.

I would take this line of thinking one step further and argue that besides of the possible influence of the EU membership, we are also very likely observing an outcome of a generational value shift. Since Estonia regained its independence in 1991, there has been a major generational change in political offices as well as in many private management functions. Politicians and managers who had worked under the Soviet system often lost their jobs and were replaced by young people with liberal and modern world views and democratic aspirations. Also, the government ministers were relatively young people with progressive views. Consequently, the government policies that Estonia has implemented have been more strongly pro-democracy and free market than one would guess based on public opinion polls that reflect the views of the whole population.

Ronald Inglehart and Christian Welzel in their book, Modernization, Cultural Change, and Democratic: The Human Development Sequence, as well as in other articles put forward the argument that the process of cultural change is not linear nor irreversible and that dramatic events may turn the course of it. They bring the collapse of the Soviet Union as an example where the ensuing economic and social insecurity resulted in a shift towards traditional and survival values.

Indeed, when I look at the survey outcomes of my native Estonia from some 15-20 years ago, the values were significantly closer to those of Russia and fell towards the survival/conservative end of the scale. Estonia was, however, a country that introduced reforms at a breakneck pace. Borrowing from Jeffry Frieden’s Global Capitalism: Its Fall and Rise in the Twentieth Century, “Estonia and Uzbekistan were the only two countries of the former Soviet Union whose economies were roughly back to their 1989 size by 2000. They represented extremes: Estonia was the most European of the former Soviet states, Uzbekistan one of the most Muslim; Estonia was the most thoroughly reformed and democratic, Uzbekistan one of the most authoritarian and economically unchanged… Estonia succeeded because it reformed most completely, Uzbekistan because it changed almost not at all.”

Rapid changes can also be observed in people’s satisfaction with life and their general happiness. In the year 2000, with only 44% of people being satisfied with their lives, Estonia found itself in the company of Vietnam, Algeria and Egypt. It was not a big consolation that the next door neighbours Latvia and Russia seemed to have been even more miserable with only 33% and 27% of population satisfied with their lives. Then Estonia became a member of NATO and the EU in 2004 and the eurozone in 2011 which gave a strong boost to the self-confidence. The economy and incomes improved as well. By May 2012, the share of the Estonian population having reported being fully or fairly satisfied with their lives was already 69%. I believe the case of Estonia demonstrates how fast things are changing in societies that experience major historical transitions.

Modernisation theory then predicts that once a society reaches the level of approximately USD15,000 GNP per capita, it will shift to the group of countries with the highest self-expression values. These countries are characterised by giving high priority to environmental protection, tolerance of diversity and rising demands for participation in decision making in economic and political life. People in these societies place high value on self-expression and have activist political orientations. The World Cultural Map has countries such as Sweden, Norway, Denmark, Finland, the Netherlands, and Germany in this group of post-materialist countries.

The theory could have not been truer in the case of Estonia, which reached the magical threshold of USD15,000 GNP per capita at some point in 2011. The year 2012 marked a major societal awakening with teachers and nurses going on strikes (almost unheard of before) and citizens taking to streets to peacefully protest against regulating freedom of expression on the internet. It also marked a wave of citizen criticism of the ruling party, mostly for its supposedly arrogant handling of some sensitive public concerns and people’s requests for deeper involvement in the political system. In response to these debates, the president of Estonia created a new broad-based forum for discussing possible changes in the electoral procedures and other aspects of political life of the country. The process is still ongoing, and regular meetings have been set up in order to discuss and finalise the proposals coming from people and in order to find political solutions to these requests.

Disclaimer:  This article gives the views of the author and not the position of the European Commission or EstonianWorld.com. It was first published by the Weatherhead Center for International Affairs, Harvard University.

Maive Rute works as the Director of Resources at The Directorate-General for Research and Innovation, European Commission. Maive is also a Fellow at the Weatherhead Center for International Affairs, Harvard University.