This week, in a run-up to the European Parliament election on 25 May, we interview one candidate from each major party in Estonia. Our last interview is with Marianne Mikko, one of the candidates from the Social Democratic Party and currently a member of the Estonian Parliament.

Have you ever lived outside Estonia? If so, for how long and for what purpose?

I spent a year in South-Africa in 1992-1993, working as a freelance journalist, and worked as a correspondent in Brussels for six years after that. Add to this the time I served the Estonian voters as an MEP in Brussels for five years from 2004-2009, and you can say that I’ve spent quite some time living outside Estonia. I do still prefer Tallinn to Brussels though.

What are the main policy objectives your party stands for in the EP elections? How does it differ from the other mainstream parties (leaving out far-right / far-left eurosceptic programmes)?

We have focused our message to speak of a strong Estonia in a strong Europe, arguing that Europe can be strong if it’s a safe, equal and open society as envisioned by the social democrats. Europe needs to protect its citizens and consumers from abuse by corporations and banks, Europe needs to stand for the dignity of Europeans, creating jobs and reducing unemployment. The gap between “old” and “new” member states needs to be closed. Economically, Europe needs to be more open and less bureaucratic, seeing the free movement of Europeans as a pillar of the union. We support European expansion, based on European values, human rights and yes, we do support a stronger union – especially when regarding common foreign and security policies.

Perhaps what sets us apart from other main parties is that we are very pro-European, focusing on Europe from the perspective of all Europeans, not just the economic or political elites, institutions or corporations.

What are you personally standing for? What is important to you? Please name three things (falling into the exclusive competence of the EU) that you would like to see in the EU legislation within the next parliamentary term?

Personally, I have focused on three major fields. One being security and defence policies where the EU has a major role to play (including assuring energy security across the continent) and needs to be more effective and united. Secondly, as I also used to chair the European Parliamentary delegation to Moldova, I am very interested in enhancing the EU’s Eastern Partnership. I believe that we need to stick to our commitment to the Eastern Partnership countries, especially when regarding the new reality of EU-Russian relations, and keep a firm line: if these countries meet the EU’s accession criteria, they are most welcome to join. Thirdly, I have been a vocal proponent of gender equality – for example the EU could play a major role in closing the gender pay gap by pushing member states towards concrete actions, be it through gender quotas on boards, better wage transparency or other possible measures.

How to boost growth in the eurozone (IMF prediction: 1% in 2014 and 1,4% in 2015)? How to create jobs, fight youth unemployment (huge problem in southern Europe) – all in all, how to make EU more competitive while preserving our social model?

We have set job creation on the forefront of new economic growth. Our competitive advantage cannot be based on low labour costs, but needs to focus more on quality products and services. We need to invest in innovation, greater cooperation and optimal resource usage. Significantly, more attention needs to be paid to supporting small and medium enterprises. The EU’s banking reform is a must and we do support common rules for banks and other financial institutions across Europe. One of the larger current challenges is assuring that all Europeans get equal access to the European service and labour market in a way that supports the European and member state development instead of just draining human resources away from newer member states, like Estonia. 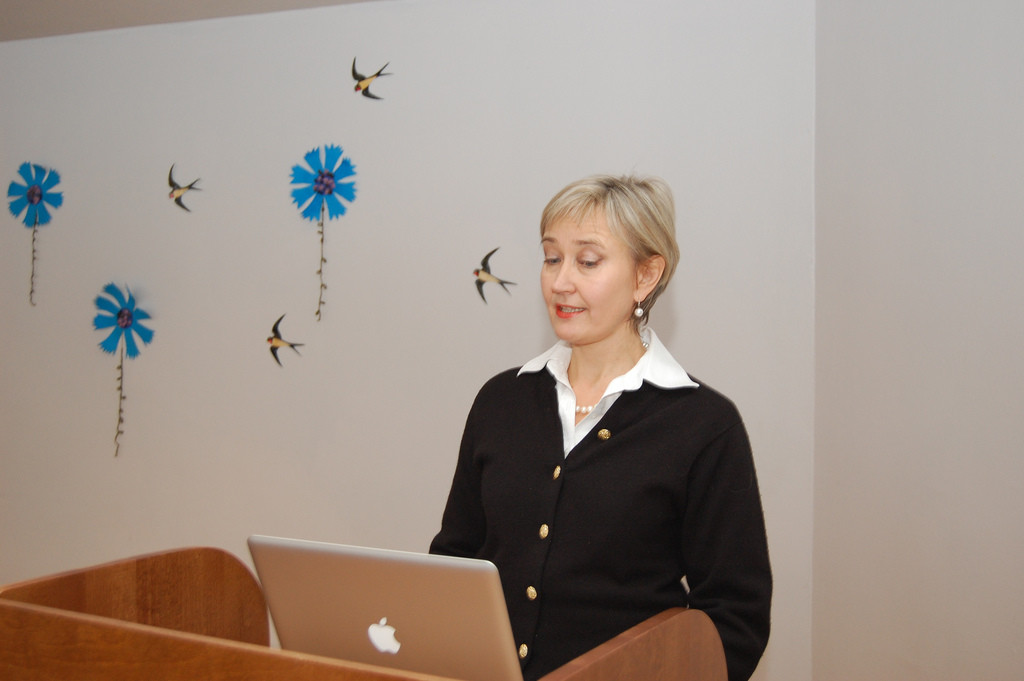 Are you in favour of further European integration, and if so, in which policy areas? If not, why not?

I do feel that we need more Europe in a number of fields. We need a stronger, more unified foreign and security policy, and we need a common energy policy to guarantee the continent’s energy independence. I also feel that the EU should play a stronger role when it comes to equal rights – gender equality, integration and social security.

What are your views on immigration into Europe? Currently, the southern members of the EU, such as Greece and Italy, get the most of the illegal immigration from Africa and Asia. Should other member states share their burden and accommodate these immigrants?

It is clear that Europe is in a demographic and economic situation where we need immigration to sustain our economies and it is also not acceptable that people die daily in the Mediterranean because there is a lack of legal paths into the EU.

And yes, Europe does need to establish a policy for sharing the burden of accommodating the pressure created by external immigration and we have made good progress on developing a common refugee policy. Now it is up to the EU, but mostly the member states to implement this plan – this does also directly concern Estonia as out of the EU member states, we accept the smallest number of refugees.

However, our foreign and security policy also needs to focus on helping people in their respective states in order to solve the root causes for the influx. We need to support developing nations and act more decisively when it comes to conflict resolution to make sure that immigration into the EU is a matter of free choice, not forced by conflict or economic despair.

How to improve the image of the European Union among Europeans themselves? How to bring the symbolic value (started as a peace project) back to the EU? What should be the next big political project (after euro)?

At the beginning of this year, we did see a small rise in public support for the EU but sure, that is not enough. Even during the election campaign for the European Parliament it is quite clear that people do not feel their voice is heard in Brussels. The 2008 crisis struck public support hard and it will take time to recover from that – we need to show that the EU can influence people’s lives for the better and can do so without being overly intrusive and we need to show that the EU is listening to its citizens. The European Parliament and its members are essential in this.

Speaking of the European peace project, we need to fix the problems with the common foreign and security policy. We need a more unified voice and better leadership. The recent Russian occupation of Crimea will linger for a long time and the EU needs to act to show that it can assure peace and stability on the continent – this cannot be done by allowing some member states economic or political interests to dominate over the common goal – a peaceful and prosperous Europe that can also be trusted by its neighbours and potential future members.

As for the next big political project, it might be energy – assuring a linked, sustainable and secure energy network that is not dependant on external nations and their geopolitical ambitions.

Some politicians, including Estonia’s EU commissioner Siim Kallas, have said there are many Estonian-invented e-solutions that could be used all over Europe, but so far we have been quite slow to export them, apart from a few exceptions. How do you think we could improve on that? What can Estonia teach Europe?

E-Estonia has created one of the most innovative IT societies in the world but yes, has not been too successful when it comes to exporting its ideas and EU wide scalability. The EU can support exporting these solutions by supporting small and medium enterprises that are able to act fast and be flexible.

Services such as the x-Road, e-ID, i-Voting, e-Cabinet can become as widespread, or even more than for example m-Parking, if both Estonia and the EU support the enterprises and workers developing these.

Estonia needs to roll out the red carpet to the engineers, developers, experts and visionaries Estonian companies wish to hire and use these people to spread the knowledge of our e-services through these enterprises.