By becoming president, Toomas Hendrik Ilves was able to reconcile Estonia’s twin past – of those who stayed and those who fled when the Soviet Union occupied the country; his presidency meant that the Estonian nation had to redefine itself as a whole, to accept that there were people who left, but who wanted to stay, writes Justin Petrone.

Toomas Hendrik Ilves is haunting me these days, his presidency but a few days from becoming the past. Some people adore him and his brainy quips and bowtie, his social media courage, and some people loathe him for the exact same reasons, seeing THI as some higher-than-thou, haughty philosopher, a man who only feels in his element when shaking the hands of sovereigns, no matter how much brush he clears on his farm in Viljandimaa, no matter how black his kuub (robe).

I always liked him though, mostly because he was such a compelling character. The purpose of a president, I think, is to tell a story that the nation can follow, can invest in, emulate and denigrate. Lennart Meri had his story, severed from the comfortable childhood of interbellum Europe, an adolescence drenched in Stalinist barbarity, his middle-aged mission to express the national mindset subtly and through art, his later-life embrace of politics, and his relentless willingness to go back to the embryonic murmurings of the republic. It all served as a pathway for the battered, bruised and at times amnesiac Estonian soul to follow.

Arnold Rüütel, too, served a similar purpose, to allow that generation the opportunity to fully marinate in and re-acclimate to full independence. Rüütel’s life story was also the story of the Estonian Republic. The fact that he still attends public events lends a sense of continuity to the country’s schizophrenic century, in which every change in political power forced not only a revision of public history but a rewrite of personal history, where some things were suddenly recalled with great fondness, and others were stacked away to gather dust and rot away in the attic of memory.

Enter Ilves, the so-called väliseestlane, or “foreign Estonian”. By simply becoming president he was able to reconcile Estonia’s twin pasts, of those who stayed and those who fled. This has not happened and may never happen in Russia. Could one imagine the grandson of Alexander Kerensky or some distant relative of the vanquished tsars returning to Moscow to fully repudiate Lenin and his October Revolution? But this is exactly what the Ilves presidency meant and why it was vital for Estonia.

“Could one imagine the grandson of Alexander Kerensky or some distant relative of the vanquished tsars returning to Moscow to fully repudiate Lenin and his October Revolution?”

It was necessary for Estonia to live that story through his presidency. It meant that all the talk about the Soviet period could no longer be expressed in abstract arguments about population transfer, or war losses, or Russification. It meant that the Estonian nation had to redefine itself as a whole, to accept that there were people who left, but who wanted to stay.

With the Ilves presidency, the Soviet period no longer became an integral part of what it meant to be an Estonian. His Swedish birth alluded to imperial connections to Scandinavia; his American and Canadian academic experiences reinvigorated the country’s deep connections with the Anglo world; his Radio Free Europe Munich days cemented the country’s age-old Germanic orientation. 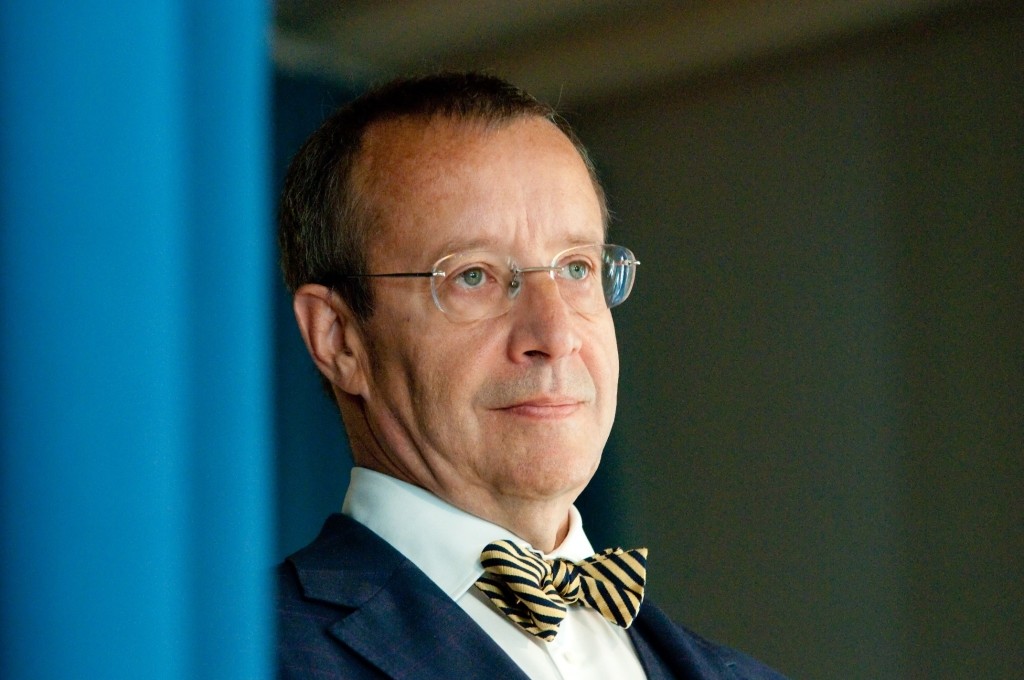 Estonia now had a leader who spoke fluent German, but not Russian, taking the country fully off of the ex-Soviet grid. This was no doubt alienating in part for part of the population, but arguably necessary to at last move beyond the trauma of the takeover, when during the summer of 1940 Russian suddenly became an official language and the clocks were changed to Moscow time.

“Estonia now had a leader who spoke fluent German, but not Russian, taking the country fully off of the ex-Soviet grid.”

In many ways, this helped the younger generation that had no recollection of the Soviet era, allowing them to mature into a full-bodied nationality without any of the old strings attached. They had no idea what the older people were talking about, and Ilves didn’t either. He was both the past and future rolled into one, more like them than their own parents, a new political mythology no better symbolised than by the promotional images of a man in a folk costume sitting in the forests and waging social media wars to defend the reputation of his beloved motherland.

This is how the Estonians now saw themselves. A return to roots, with some new entrepreneurial, self-promoting, e-commerce-seeking edge. The old resignation was gone. Here was a country led by a president that lost too much sleep over promoting Estonia’s virtues to anyone who would listen in any context. This was the new, unwritten role of the Estonian presidency, a nonstop action hero salesman for the republic, singing for the people while scolding them to do better.

“Here was a country led by a president that lost too much sleep over promoting Estonia’s virtues to anyone who would listen in any context.”

It was the next, necessary story for the Estonians. With the Ilves era ending, this part of the Estonian story comes to its end, and it is up to Kersti Kaljulaid to live and articulate another story for the nation to absorb itself with and follow. I don’t think the Estonians will forget about Toomas Hendrik Ilves though. He is no longer a man. He has now become a national folk character.

The opinions in this article are those of the author. Cover: Toomas Hendrik Ilves (photo by Jarek Jõepera).