2,400 years ago the philosopher Socrates claimed: “I am not an Athenian or a Greek, but a citizen of the world (kosmopolitês).” In 1937 Ernest Hemingway wrote in his novel To Have and Have Not: “In every port in the world, at least two Estonians can be found.”  Under our Global Estonians feature we talk to diverse people in different cities, countries, continents. The Estonians whom we are talking to, are not necessarily famous or hugely successful yet — rather, it’s a place to exchange experiences and information — something which we can all hopefully relate to in some ways or another. Our latest feature story for Global Estonians series is with Johanna Pikver who launched a magazine called 16 in Estonia and studied fashion illustration in London.

What made you leave Estonia and how long have you been in London? Why London? 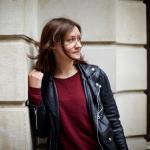 I’ve been in London for almost six years. Initially for studies, now just because I’ve kind of got stuck here. I came here to study graphic design which I did a foundation in, but ended up doing fashion illustration as a BA at the London College of Fashion instead. I think it was mostly because I really got into English writers and magazines in high school. All of my favourites — Neil Gaiman, Terry Pratchett, Jeff Noon as well as i-D magazine, The Face back in the day and Computer Arts — were all based on or talked about London, so when I finally travelled to London it felt like home. Studying here just seemed like a natural step forward.

What is it easy or difficult for you to start in London and what challenges have you had?

Of course being away from home for longer than usual and trying to manage all the little funny details of the London life at first was a bit of a struggle. I remember being really baffled about certain things like the banking system or how paying by card really isn’t that common and how you need all these utility bills to do certain things, but to get those things you already have to have utility bills etc. But in the end it worked out so it couldn’t have been that difficult — just a bit of a learning curve.

How do you make your living and what has been your best work experience so far?

I currently work as a freelance art worker, graphic designer, retoucher. Both with individual photographers and creative directors, as well as through an agency going from company to company. There’s been quite a few good ones, I’ve done a lot of internships and met amazing people through them, learned a lot of things I wouldn’t have otherwise. But I’m hesitant to pinpoint any certain ones as there have been ups and downs to all of them. But the closest to my heart has probably been the chance to do a paid internship with ELLE magazine and help out with ELLE Collections, as what I’ve been doing there is exactly what my dream job would entail.

You’re officially a fashion illustrator. What is fashion for you?

Constructing wearable (albeit sometimes uncomfortable) dreams, fantasies and horror stories out of the simplest of things. At least that is what high fashion, especially couture of course, has always been in my eyes.

Who were your first style icons?

Victoria Adams and Sally Solomon. We had a Spice Girls lookalikes’ band in the third grade and I was Victoria. My boldest choices were quite possibly the Spice Girls British flag slippers with a Spice Girls t-shirt; a black tube dress I wore to school with red patent leather platforms. Oh and silver metallic lipstick! Sally is still my biggest style crush to be honest.

It’s all in all about lifestyle and one’s values and cultural sight. How do you see today’s culture, movements, trends?

A great friend of mine recently made quite a good observation stating that living in London isn’t what it used to be — subcultures have started to disappear off its streets because of the cultural diversity taking over, and I agree.

There’s still some kind of trend emergence in a way, but it seems to happen more online than on the streets, and also in private — at parties, expos, gatherings… Comic-Con’s popularity throughout the world is a good example, or Hyper Japan for example proved immensely successful. Oh, and don’t forget all the films about certain subcultures — Steampunk is leading in this area, but there’re also the Janeites for example. Something I find really fascinating because I love Jane Austen’s writing. But I cannot imagine immersing myself in any of these at the moment. For example, after reading intensely about Valeria Lukyanova and the re-emergence of the once popular Japanese Gothic Lolita trend, I had weird dreams for at least a couple of nights. My favourite though must be the current singleton “trend”: the so-called rise in people living solo. Eric Klinenberg wrote a book about it. I love having a companion in life and having a family as well as a team of people working for a cause rather than one person. But the idea of having your own space and time to do your things when you feel like it is really compelling.

What are you mostly listening to?

What were your goals when you started?

World domination. I would be the worst world leader though. No one would understand anything I want them to do, I’d probably blurt out “let them eat cake” and actually mean it and all the scientists would be ordered to only look into the possibilities of teleportation and parallel dimensions instead of actual problems in the world. It’d be chaos.

How do you cope with setbacks?

Eat a lot of chocolate cupcakes!

What motivates you in life generally?

The fact that I get incredibly bored when I don’t do anything! So I need to constantly keep busy and push forward, to get somewhere, anywhere. As long as that anywhere means I’d be appreciated for what I do and how I do it.

What advice you would give to yourself?

Never make sarcastic jokes in writing without a disclaimer, especially on Facebook or Twitter. People really don’t get it.

Is there anything special you miss about Estonia when you are away?

The food, my family, having four seasons, forests. So many things.

Living happily ever after and world peace — is what I joked I would say here. But I’m not sure yet. Life likes to throw curveballs so you never know what might happen next. 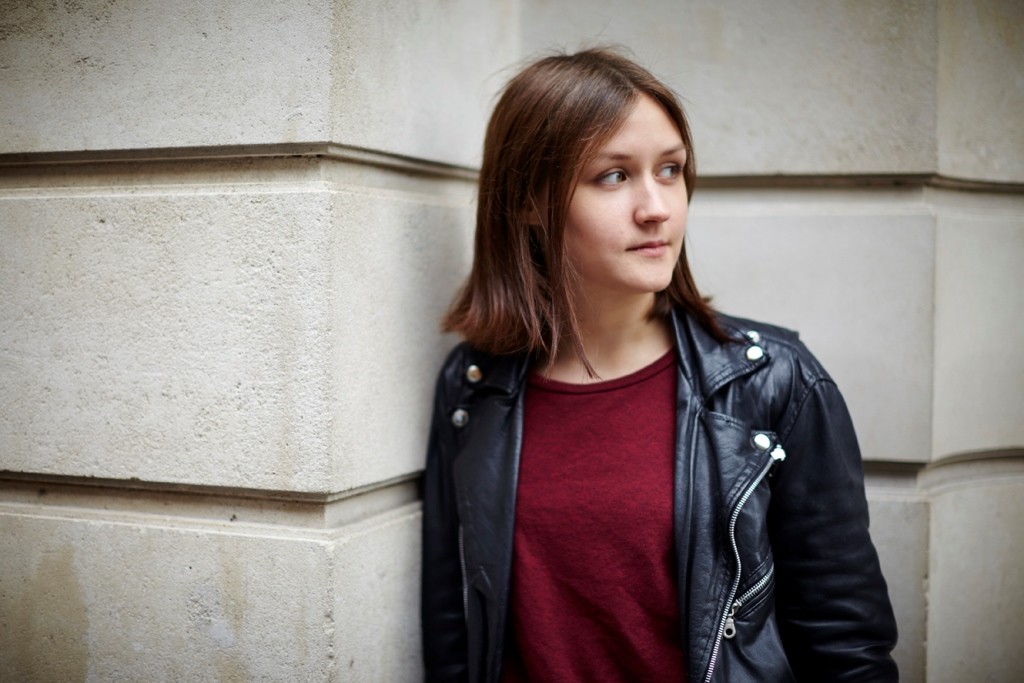 Julia is always searching for the why-element – especially in life, culture and style. She belongs to the "Be Yourself tribe", detecting and investigating her surroundings, people and culture. Graduated semiotics and culture studies at the University of Tartu, she's currently working as a copywriter-project manager in a design agency.