2,400 years ago the philosopher Socrates claimed: “I am not an Athenian or a Greek, but a citizen of the world (kosmopolitês).” In 1937 Ernest Hemingway wrote in his novel To Have and Have Not: “In every port in the world, at least two Estonians can be found.”  Under our Global Estonians feature we talk to diverse and aspiring people in different cities, countries, continents. The Estonians whom we are talking to, are not necessarily famous or hugely successful yet – rather, it’s a place to exchange experiences and information – something which we can all hopefully relate to in some ways or another. Our latest feature story for Global Estonians series is with a London-based sound recordist & mixing engineer Robert Ruben.

Hi Robert, what made you to leave Estonia? 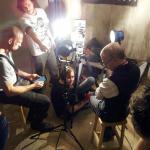 Ever since I was still just a little kid, my father kept telling me that I should study abroad, once I grow up. When that time finally arrived, I stayed in Estonia and went to the University of Tartu instead, to study economics. I quickly realised that it wasn’t for me though – and since Estonian universities are not exactly renowned for their audio engineering (my chosen profession) courses, I decided to take my father’s advice on board and explore international opportunities.

So where are you based now?

I have lived in London since September 2011.

What made you to choose London?

First of all, London has always been one of my favourite cities. I think that I had been here for one or another reason for close to ten times, before actually making a more permanent move. I applied to universities both in London and Manchester, but getting a positive reply from SAE London made the choice easy (SAE Institute is accredited by London’s Middlesex University, offering courses in sound & audio engineering, music production and digital film making – Editor).

What is it like to live in London and what challenges have you had?

Well, I must say that considering the amount of time I spend on my work assignments, I could be living anywhere at the moment. The moments when I actually get to go to central London and see around like the tourists do, are rare – as for most people who are living their everyday lives and working hard here. Although every now and then I acknowledge the fact that I do actually live in London and that puts a wide smile on my face every single time.

Regarding the challenges, I must say that it has not been a walk in the park. When I left Estonia, I had already gained a professional reputation as an audio engineer, as well as having  built up a decent network of people to rely on, when it came to getting assigned for jobs. In the summer before I left, I was so booked up with jobs that I only had a week worth of vacant days for myself. Coming to London crushed it all and I had to start from square one again, with no connections whatsoever.

As for now, I cannot say that sound has put a food on my table just yet, but my connection base is ever increasing and I hope that I am not far off from doing only what I love to do – being a sound recordist. 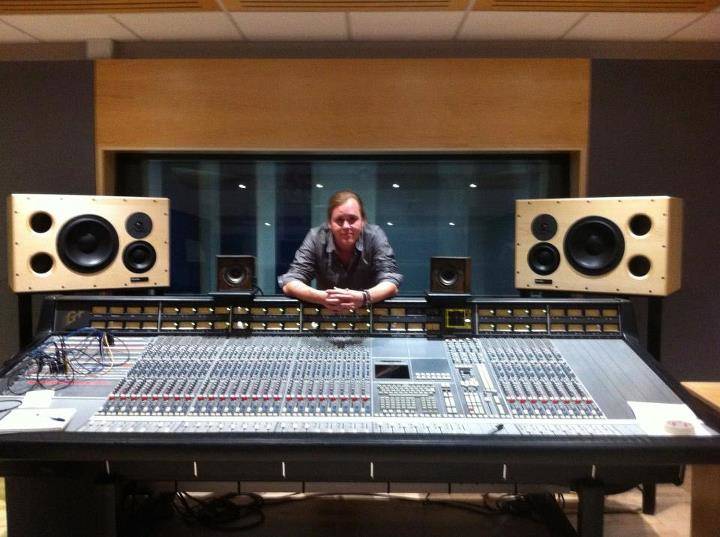 Was it easy to integrate in your surroundings in London?

Integrating was very easy for me. I think it has to do with me knowing the city beforehand, English being almost like a second mother tongue to me and also the similarity of the two cultures (Estonian and English).

So how do you currently make your living and what has been your best experience so far?

I try to earn as much as possible with sound engineering and recording – and as I mentioned earlier, I believe that I am not far off from it becoming my sole source of income. I almost accidentally stumbled upon an opportunity to work on the sound for a new film called Enemy of England at the beginning of this year and absolutely fell in love with it. Because of a lack of good sound recordists, even in London, there is a lot of work in that field and I have been working almost non-stop since I started my first feature film, with projects already piling up.

I think that shooting Enemy of England with David Hawkins and Rubber Duck Films has actually been the best experience for me so far. That was the big eye-opener, that led me to film. The crew and cast on that film were absolutely amazing and we are still in touch.

Have you had any setbacks and how do you cope?

I am going to have to say that I have been very lucky not to have any major setbacks. There have been small motivational crises, when work is nowhere to be found and so on, but luckily nothing major, touch wood! Also, I have been blessed with the most amazing mother back home, who supports me in any possible way and helps me through even the roughest bits.

What motivates you in life generally?

I am a very ambitious person, so I think that success in its own right is already a good motivator for me – and if you add recognition on top of that, we’ve got a winner! 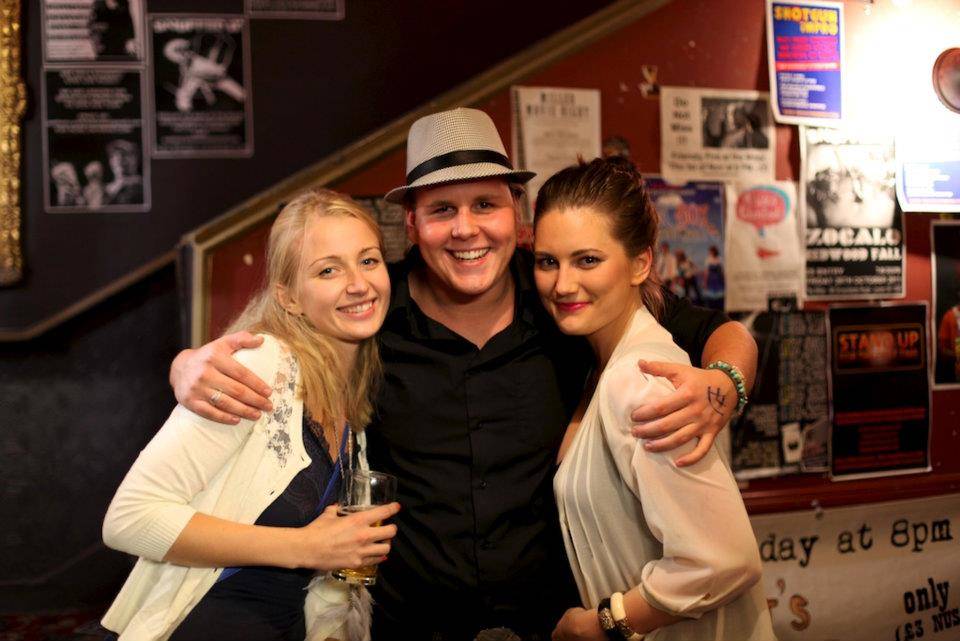 What’s your recipe for success and advice for others?

Grab that bull by its horns and don’t let go, no matter how hard it tries to knock you off! And don’t forget to smile while you’re at it!

In other words, it all comes down to hard work, but the hard work becomes useless if you are not enjoying what you do. Doing something you love is already half the trophy!

Do you still have a connection with Estonia?

I could not see myself not having a connection with Estonia. Most of the people I know and the dearest to me, are all back home. I try to visit in every two months or so and so far I have been quite successful at that.

Is there anything special you miss about Estonia and would you return to motherland?

There are of course the people I miss and my countryside cottage. And the sea. I never realised how much I actually liked the sea before I moved away from it. And then there is the simplicity of things. Estonia really is an IT country. It is ridiculous how much trouble you have to go through here in London, to be able to do something that would just take a couple of clicks back at home. Just because of these small things, I am more than sure that I am going to return sooner or later. Be it for a year, be it for a lifetime. 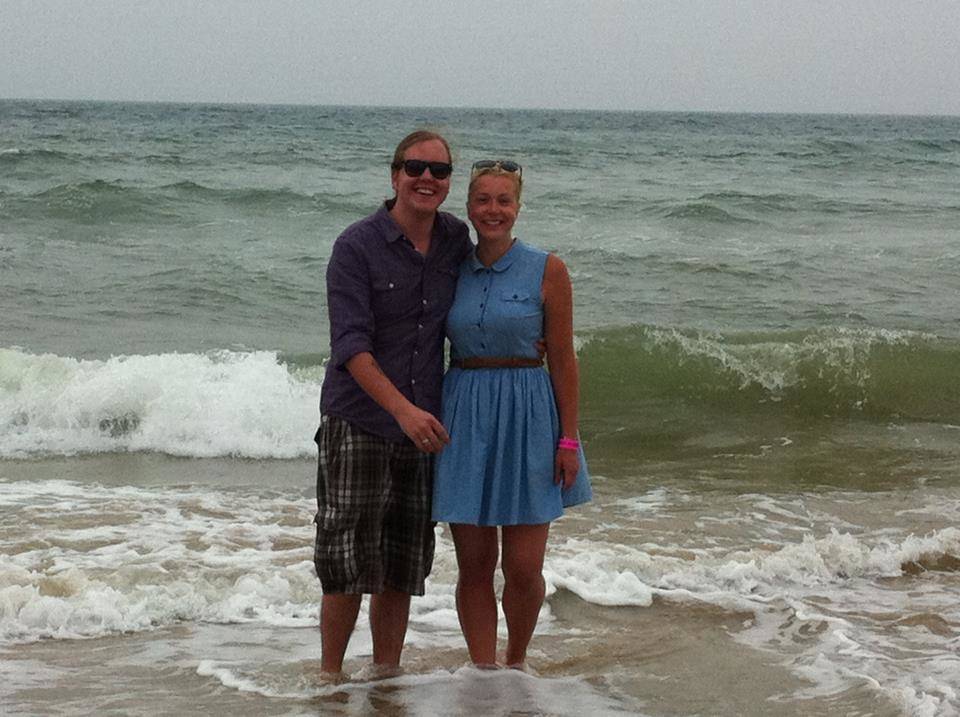 What are your future plans?

The first big plan is to graduate from university, which should happen in October. Until then I also plan to get as much film work as possible and have a good enough name by the end of this year, that I wouldn’t have to worry about a next job when finishing a previous one. From there onward I plan to keep doing what I love and do it well enough to feed that ambition of mine and gain recognition. And then some more. And some more…

You can find out more about Robert’s work projects here: http://www.robertruben.com