Children’s fashion photographer Katrina Tang divides her work between New York, London and Estonia. Her commercial portfolio – boasting brands like Oeuf, MilK, Pale Cloud, Babesta, Xenia Joost and French Connection – will make you want to have kids and spend a considerable part of your salary on their couture. Katrina also finds the time to put her heart into touching personal projects such as portraying the extinction of Estonian country schools. Kris Lillemets interviewed and photographed the artist over a cup of coffee in Brooklyn. In spite of repeatedly expressing discomfort, Katrina actually did very well on the wrong side of the camera.

How did your development as a photographer lead to fashion/ commercial photography? 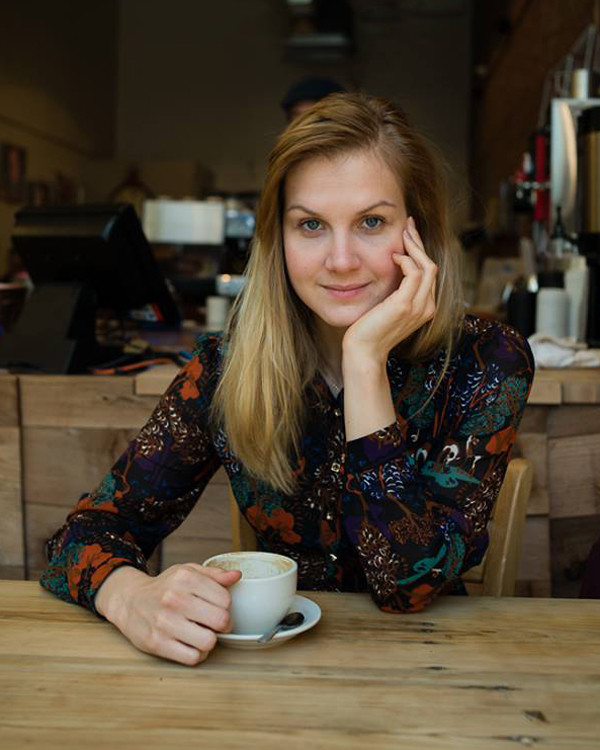 The process began quite seamlessly with taking pictures of my teen sister while in photography school. Besides being an easy subject as a sibling, she really captivated me with her youthful lack of self-awareness, the way she was being completely free and natural. Within a few years, while she grew up, my subject matter naturally shifted towards children, trying to capture the sincerity and sense of comfort they can offer in front of a camera.

So, you chose children because they’re more sincere?

Yes. Working with children really is the simpler choice for me. I enjoy when people ask how I manage this, since many think kids and animals are the toughest subjects.

Exactly! Perhaps you can share a tip or two on containing the small hurricanes?

Use a balanced approach with children. Definitely treat them as your equals. Be a friend, not a grown-up looking down to them, both figuratively and literally. Make eye contact as you say hi, squat if needed, but be on the same level. At the same time, you are the authority. Set your boundaries and make it clear that they need to do as the photographer says. 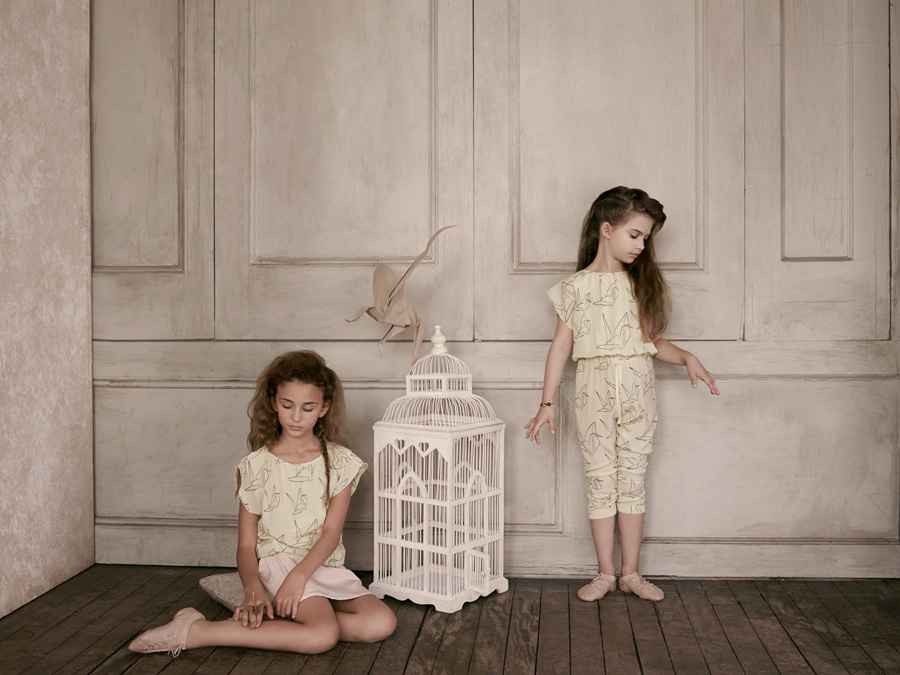 Looking at your work gives me a sense of fairy tales and magic. How do you achieve such look and feel? Do you direct your sets a lot?

There are many steps, thoughts and layers to it. I get inspiration from walking on the street or in the woods, meeting people, listening to the radio, seeing the work of other photographers – anything can give birth to that first idea. When it gets stuck in the back of my head and starts to evolve into a narrative, I know I have to try to realise it as a project. Of course, the result will not necessarily be what I imagined. I like making mistakes, letting my creativity flow freely. I’m not always framing correctly or choosing the right angles. Perhaps it’s more a feminine instinct that leads me to the end result than being stuck in technical parameters. 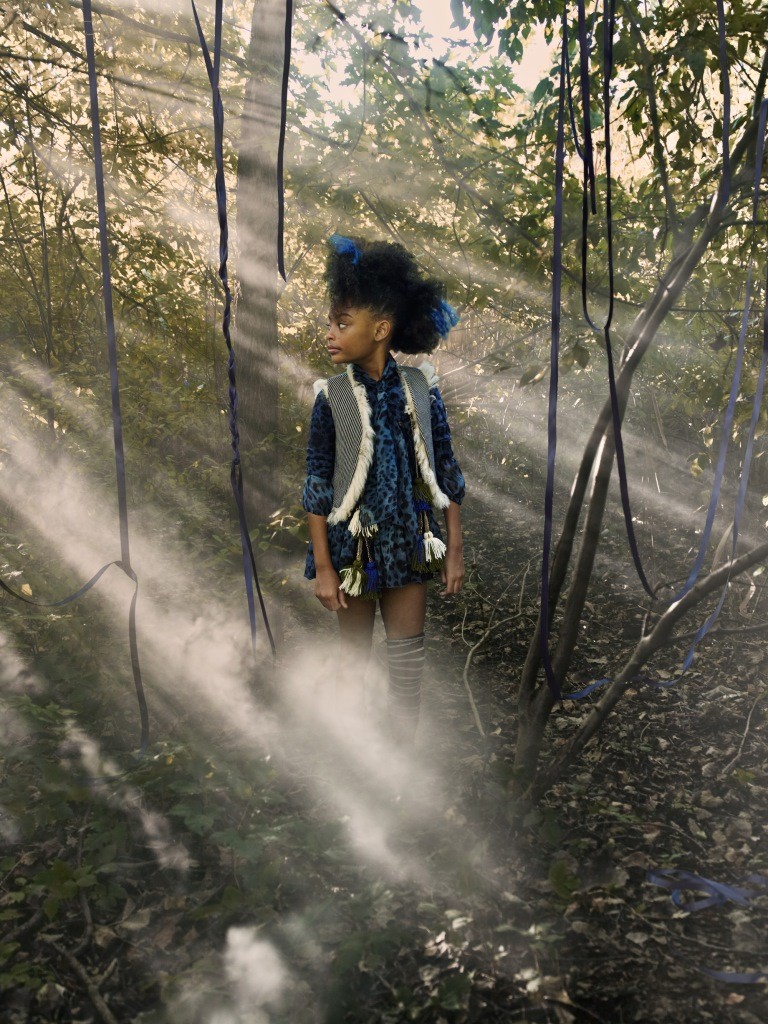 So, instinct and vision are more important than the technical side?

Yes. Picking the absolutely correct shutter time, lens or ISO speed are secondary to me. I guess over the years I have accumulated some tricks, a way of seeing light, a certain awareness of what works to produce my style consistently, but I still like to let things happen by chance.

Even though you let the so-called mistakes and chance play a big part, how much of a narrative do you create beforehand?

I often conceptualise the whole sequence. I can prepare for a shoot for three weeks, coming up with every frame, visit the location several times, plan specific angles, see the direction of the light at different hours of the day. I can really get into so much detail and eventually let chance change everything. Let’s say it suddenly starts to rain on a set. I could stop shooting and reschedule, or proceed and end up realising the outcome is ten times better than what I had planned.

Who are your role models in photography?

Through the times, there has been one photographer whose work I can’t get over – Tim Walker. He is the creator of my fairy tale world, very soft and romantic. Sometimes I like slightly more edgy stuff, such as Ryan McGinley or Juergen Teller. Whenever I’m in Stockholm I stop by the Fotografiska museum, and last time there I rediscovered Elliott Erwitt, another master of capturing the decisive moment. From younger photographers I love Emma Hardy, who is a fabulous portrait artist, and Benjamin McMahon, a few years my senior from photography school.

Let’s get the nerd questions out of the way. What’s your favourite setup?

Shooting in natural light, outdoors, cloudy skies. In the forest, bogs or meadows.

What about camera and lens?

But you do use a digital camera for commercial projects, don’t you?

Definitely. I like to say I was bullied into using digital. Shooting on film comes at an extra cost that doesn’t add value in the commercial world. When the client wants to get the pictures yesterday and send them to print half an hour after the shoot, it needs to be quick and cheap enough. It would be great if the budgets allowed for more artistic approach, but that’s not the reality in children’s fashion photography. Unless I become someone like Tim Walker who still gets the chance to shoot on 8×10 film. 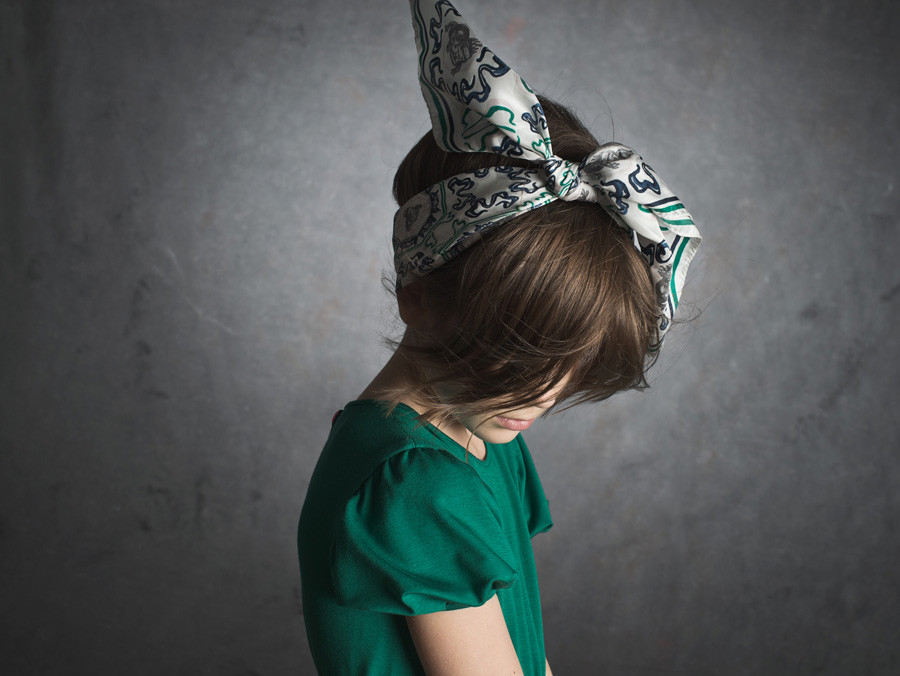 Is Soundcloud killing real music? It is killing those who do not participate in social media, which is a huge part in the lives of photographers and artists these days. There’s so much noise in the world, and inevitably they who scream louder get noticed more, while not necessarily doing better quality work. The vanity and egocentrism of social media is about as far as possible from the solitary soul of an artist, but it takes real time and effort to get noticed, unless you’re a prodigy. Normally, the first five to ten years of your career you work all avenues to make ends meet. If you hide yourself too much, the world with its Instagrams, Twitters and Tumblrs will just pass you by. Someone else will get that gig.

Tell us a little about your personal projects.

I have two long-term ones that I’m still working on. The first is a reportage of summer camps, a nostalgic flashback to my own youth. It’s crazy how in some ways these girls seem identical to me back in the day, in their transformation from childhood to adolescence. On the other hand, the different pop star posters are reminding that it is their unique moment in time with its own stories and personalities.

My other ongoing project is depicting small country schools in Estonia. It’s a tender subject since they’re slowly being driven to extinction, which is not okay. The environment and education enabled for these healthy, wholesome kids in the countryside is worth millions anywhere in the world. It’s sad that the political gang in Estonia prefers the simplicity of directing all the children to the large factories that are city schools, where there can never be as much personal approach and individuality. I don’t know if my project would have the power to change anything. Maybe it will just become a small archive of a bygone era in the lives of Estonian children, but I’m happy to at least be raising awareness. Some of these schools have been noticed through my project internationally and this gives me a platform to inquire – somewhat ironically – that how come others see it and we don’t. When we see the photos of the children with big curious eyes and the environment they call home, it radiates such warmth that no city school can ever provide. Don’t get me wrong, I went to a city school myself and have no complaints. One is not better than the other, I’m just against monopoly. We’re all different and should appreciate diversity, which breeds culture and livelihood in every little corner, especially in such a small country. 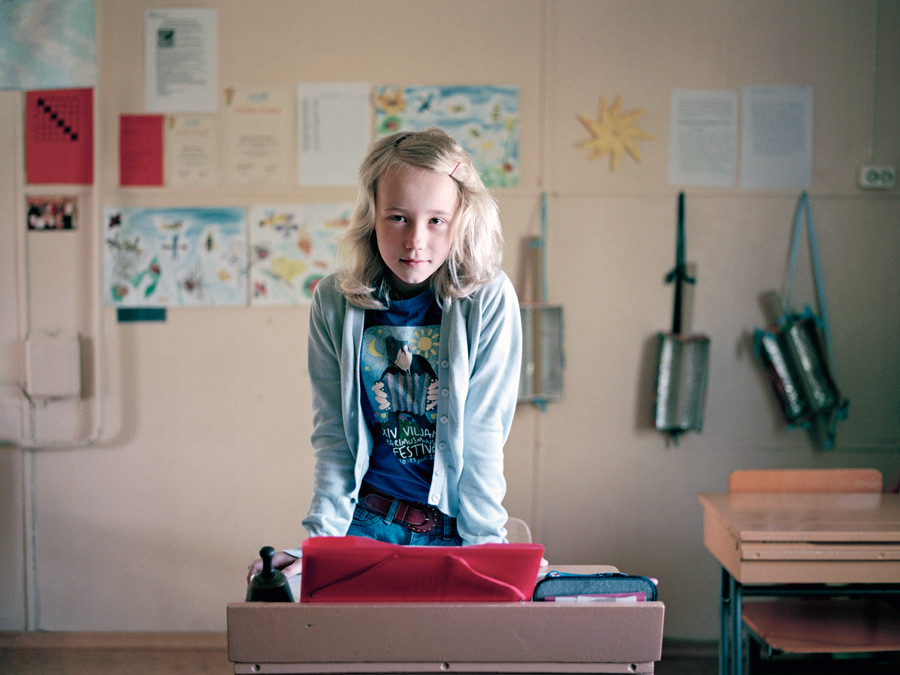 What is your definition of success?

It is constantly changing and I’m thinking about it non-stop. I don’t think any artist could ever be one hundred per cent satisfied with their work. It’s a very self-destructive profession – doomed to a lifetime of self-criticism. Perhaps an important success factor to strive towards is financial stability, which would lead to more freedom in life and creative choices.

Is there a kid celebrity you would like to photograph if you could pick anyone?

There are a few celebrities whose work, personalities and careers I look up to, so perhaps the children of artists like Beyonce or Alicia Keys. Does Wes Anderson have children? If yes, I’d like to photograph every single one of them! 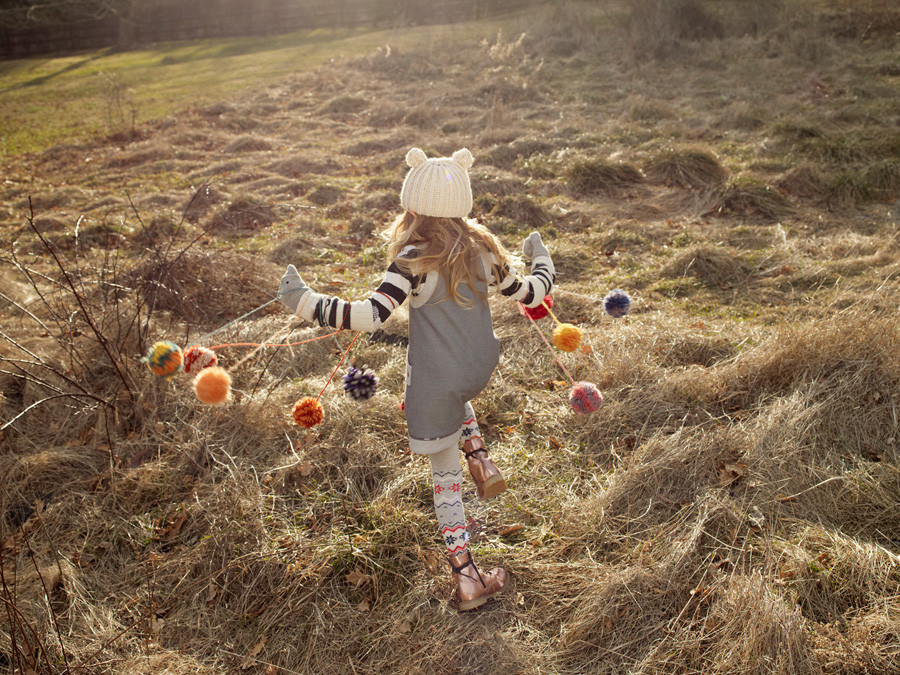 Who did you want to become when you were a child?

Oh, I guess I did not entertain such deep thoughts as a kid. Never had ambition. Those were very happy times.