“The sea, clean air, bright colours, white summer nights, tomatoes and apples from my own garden,” Kristjan Randalu, the Estonian jazz pianist who was nominated for a Grammy award in 2006, lists the things he missed most about Estonia during his twenty years of living in Germany, England and the United States.

This article is published in partnership with Life In Estonia magazine.

A bit of abroad, a bit of the homeland

The son of the pianists, Kalle and Piret Randalu, Kristjan was just nine years old when he moved from Estonia, then occupied by the Soviet Union, to Germany with his parents and little sister Liisa in 1988. “I have good memories of regular gatherings when my parents got together with other musician friends,” Kristjan says, recalling his first decade in Soviet Estonia, where there was a shortage of imported goods and only the selected few could travel over the closed borders of the state.

“Looking back, everything to do with trips abroad seems funny. My father travelled on a regular basis and our standard reply to the question of what to bring back from the trip was always ‘a bit of abroad’. I kept one glass Coca-Cola bottle like a bottle of champagne, in order to open it festively one day. One day they were selling yellow ice cream in a shop in Lasnamäe, a neighbourhood of Tallinn that was built to ease the severe housing shortage and where all of the buildings resembled each other. This delicacy immediately led to a queue forming. Nobody knew what it was supposed to taste like, but at least it was yellow, unlike the regular white ice cream, and it was packed straight into a plastic bag. I had a general feel for borders and being fenced in back then, but as a child I did not have any contact with the daily bureaucracy and therefore my memories of Soviet Estonia are still positive.”

Kristjan adds that Estonian customs and traditions were always honoured in their new home in Karlsruhe, Germany. “There was never a question of which language we should speak; this was of course a deliberate decision by my parents. At home we only spoke Estonian and this is what kept the connection to Estonia strong.” Until the moment when the pianist decided to become a vegetarian, home traditions were also supported by ordering Estonian blood sausages (a mixture of grain and blood in pork intestine) during Christmas, blood sausage and sauerkraut forming a traditional Estonian Christmas dish.

The advantage of being small

Kristjan, who has worked with numerous masters of jazz, including Dhafer Youssef, Mark Guiliana and Nils-Petter Molvaer, and performed at Carnegie Hall and the Lincoln Center in New York, and at the Berlin Konzerthaus, claims that coming from a small country of 1.3 million inhabitants has been both an advantage and a disadvantage in his career. “As there are so few of us, there is always the exotic factor. One does not easily come across another Estonian working in the same field in the world. Especially in Germany, I have felt that coming from a different cultural background is a positive characteristic which is emphasised. The downside of coming from such a small country is that you do not find your own people around easily who can help and support you. I know that in my field big record labels check whether an artist is popular in his or her own home country: this provides them with a certain guarantee on the basis of which they can market a project more widely. But Estonia is so small that this factor is almost non-existent.”

Too European to feel at home in NYC

Today Kristjan considers his real home to be Estonia, and he “officially” moved back here some years ago. Here he has his own base in Tallinn and a country home in south-west Estonia, in the midst of the forests of Viljandi county. Yet his road back home to his roots was a long one and, as part of his piano studies, Kristjan has toured half the world. For five years, he studied at the Karlsruhe Music High School in Germany. Then he moved to England in order to study the piano at the London Royal Music Academy. He has also studied at the Manhattan School of Music in New York, and in 2006 he graduated from the Henry Mancini Institute in Los Angeles. “After finishing my studies I stayed in New York for a couple of years. But I was too European to feel at home in the United States. I tried living in Berlin for a while but could not really see a reason to stay there. Over the years, I had also come to understand that a home was where Estonian was spoken. The Estonian environment is important and dear to me,” he sums up why after decades he decided to return to Estonia even though his parents are still living in Germany. The jazz musician, who has spent years in the metropolises of the world, has this to say about his countryside house in Viljandi county, where even mobile phone usage is limited: “It is a place for charging my batteries!”

“If I had not lived abroad, I would probably be one of the majority of people who curse the local standard of living and politics. When you see things from a distance, it helps you sort out your own priorities and make changes if necessary,” says Kristjan Randalu, in answer to the question of what would be different if his family had not left Soviet Estonia and he had received his education and life experiences here. 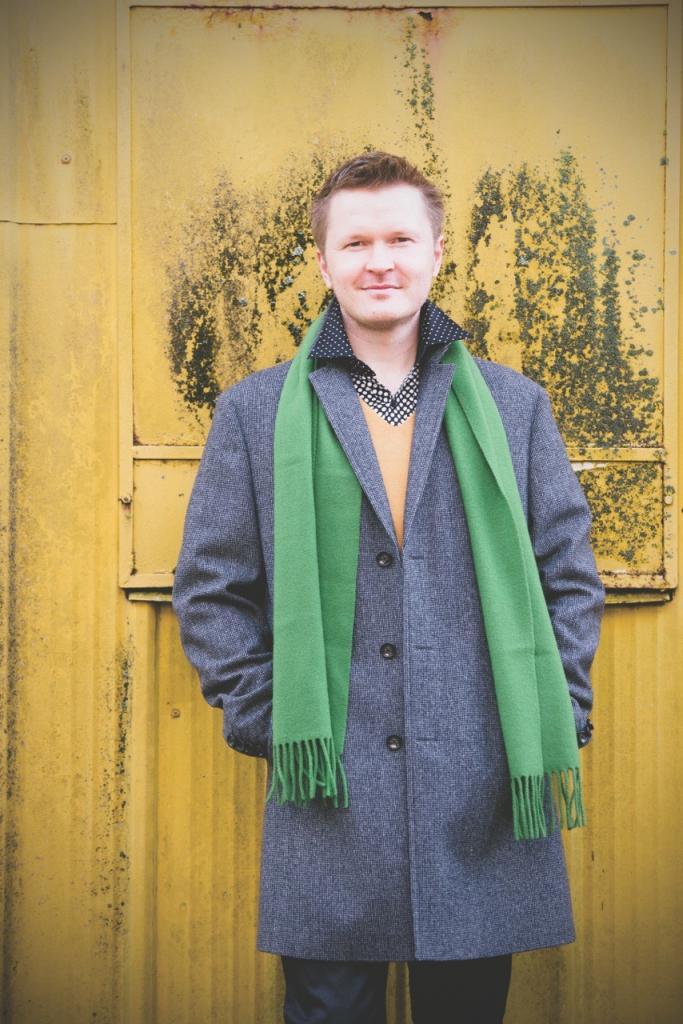 Currently one of the most burning social problems in Estonia is emigration. In the last five years, about 10% of the working age population has left the country. The fact that young talents like Kristjan are leaving gave birth to the social campaign “Talents come home” some years ago. In the framework of this campaign, attempts were made to tempt young people who had received their education abroad to return to Estonia. Kristjan was a good target, as he knows exactly what the advantages of small Estonia are: “All roads here are short: geographical distances and the distances to make your ideas come true.”

He admits that Estonia, which restored its independence 23 years ago, still has a long way to go to ensure a good standard of living. “Life in Estonia is full of contrasts; there are different realities existing in parallel. I see some serious problems and I see some unrealistic dreams about life in a welfare state. Of course there are always various interests in politics but for me it is difficult to understand those priorities. To be specific, since for years we have raised the problem of the declining population, why do we have child support that is ten times less than in Germany? As I travel on a regular basis to very different countries, I sense more and more what a farce global mobility by car is. There are massive traffic jams everywhere. One superficial advantage in Estonia is the fact that one can calculate travel time simply by kilometre, the only exception being rush hour in Tallinn,” Kristjan sums up on a positive note.

In 2012, the family of Kristjan and his partner Epp was increased by the birth of their son Uku Armin. On the scale of “stay at home or go travel the world”, what does the father wish for his son? “I would definitely like him to live and study abroad. Speaking other languages and sensing and understanding different mentalities expand one’s world-view and benefit everyone.”

Awards: Laureate of the Piano Competition of Montreux Jazz Festival (2002),

participation in the recording of “Elevation” which was nominated for two Grammys (2006),

Jazz Album of the Year at the Estonian Annual Music Awards for the album “Kooskõla” together with Vaiko Eplik (2012).