The American destroyer, USS Winston S. Churchill, arrived in Tallinn, pulling into the Muuga harbour on 23 July; the port call is aimed at strengthening the relationship between Estonia and the US.

The arrival of the destroyer is a routine port call, also aiming to help maintain a safe and secure maritime enviroment.

“The United States’ commitment to the collective defence under Article 5 of the Washington Treaty remains ironclad,” the US ambassador to Estonia, James Melville, said upon the arrival of the destroyer. “Hosting this advanced naval vessel in Estonia is another example of the importance of maritime domain awareness, our commitment to regional stability, support for our allies and the importance of force interoperability.”

The USS Winston S. Churchill (DDG 81), home to 34 officers and 280 enlisted personnel, was built by Bath Iron Works in Bath, Maine. It took five years to build and was christened on 17 April 1999. The 9,500-ton, 510-foot-long Aegis-equipped Arleigh Burke-class destroyer was commissioned at her homeport of Norfolk, Virginia, on 10 March 2001. 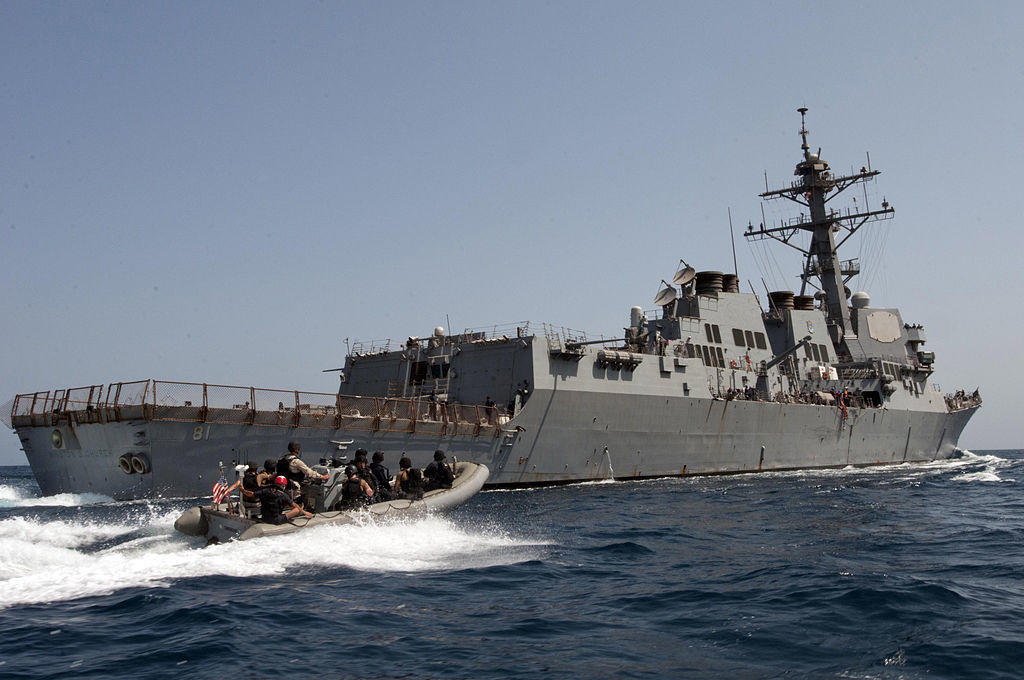 The only active US warship named after a foreign national

The destroyer is the only US Navy ship to have a Royal Navy officer assigned as ship’s company.  As part of a personnel exchange programme, Lieutenant Nick Ward is serving as the ship’s navigator for a two-year tour of duty.

The USS Winston S. Churchill is the fifth US warship to be named in honour of an Englishman and the 16th warship to be named after a foreign national – the only one in active service today. The ship is named in honour of Winston Churchill (1874-1965), best known for his courageous leadership as Britain’s prime minister during the Second World War. 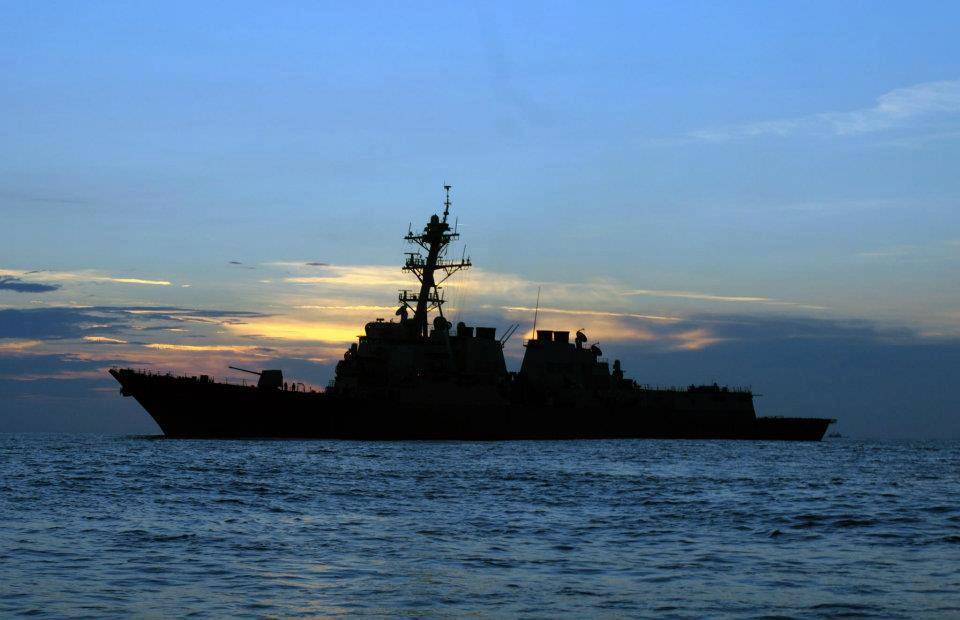 The ship’s mission is to provide a forward naval presence and ensure the world’s oceans remain free and accessible, the US embassy in Estonia said.

“In order to fulfil her mission, USS Winston S. Churchill is able to conduct prompt and sustained combat operations at sea,” the embassy said. “The ship is equipped to operate in a high-density, multi-threat environment either independently or as a vital member of a carrier strike group. She is the 31st Arleigh Burke Class destroyer to be built and is capable of fighting air, surface and subsurface battles simultaneously.”

“The Aegis-equipped destroyer has the AN/SPY-1D phased array radar, the most powerful air search radar in the US Navy’s inventory. Besides the 5” gun, the ship is equipped with a vertical launch system (VLS), close in weapons system (CIWS), torpedo launchers, 50-caliber machine guns and two SH-60 LAMPS MK III helicopters. Her four gas turbine engines allow her to reach speeds in excess of 30 knots.”