Estonia is ranked 27th among the 28 EU countries, only Finland doing a little better in the field. Estonia has the vulnerability ranking of 30%, Finland 29%. 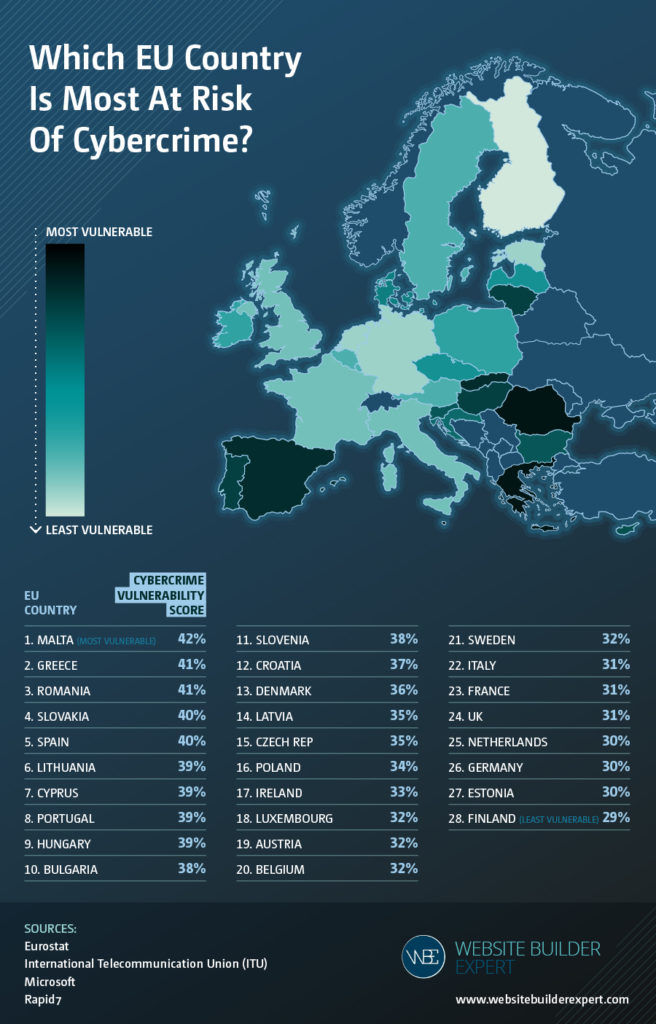 To come up with the ranking, the research looked at a range of factors to measure how vulnerable the EU countries were. Website Builder Expert looked at how many residents of each country had experienced cybercrime, how were they encountering malware and viruses, but also each nation’s commitment to cyber security initiatives and how exposed internet connections were in each country.

Malta was ranked as the most vulnerable because of its exceptionally high percentage of exposed internet connections (73%), lack of cybersecurity legislation and poor international co-operation. This “means that Malta’s population, despite encountering cybercrime slightly less than their European neighbours, are actually at far more risk in the long run with few protective or preventative measures in place”, the research said.

Estonia’s rank as the second least vulnerable reflects “changes made to government security strategies, legal frameworks and organisations in response to statewide cyberattacks in 2007”.

Website Builder Expert used data from the EU, the ITU Global Cybersecurity Index, Microsoft and Rapid7 to complete the research.

The cover image is illustrative (Shutterstock.)