Estonia and Poland plan to intensify defence cooperation between the two countries, especially when it comes to joint exercises and training of the countries’ defence forces.

The Estonian defence minister, Hannes Hanso, said after a meeting with his Polish counterpart, Antoni Macierewicz, that “implementing the plans for the reinforced presence of our allies will significantly increase the security of our region and encourage even closer cooperation between our defence forces when it comes to exercises and training”, according to a statement by the Estonian ministry of defence.

Hanso and Macierewicz met in Poland in the beginning of September.

The Estonian minister also noted the need for cooperation between Poland and the Baltic states in order to simplify and speed up the border crossing procedure for NATO allied forces.

“We are working actively to ensure that the repositioning of allied forces within our region can be carried out as smoothly as possible, so that political level decisions will not be required every time an individual soldier wishes to cross the border,” Hanso added.

Estonia and Poland are among those five NATO member states whose expenditures on national defence is at least 2% of GDP, the other three being the US, Greece and the UK. 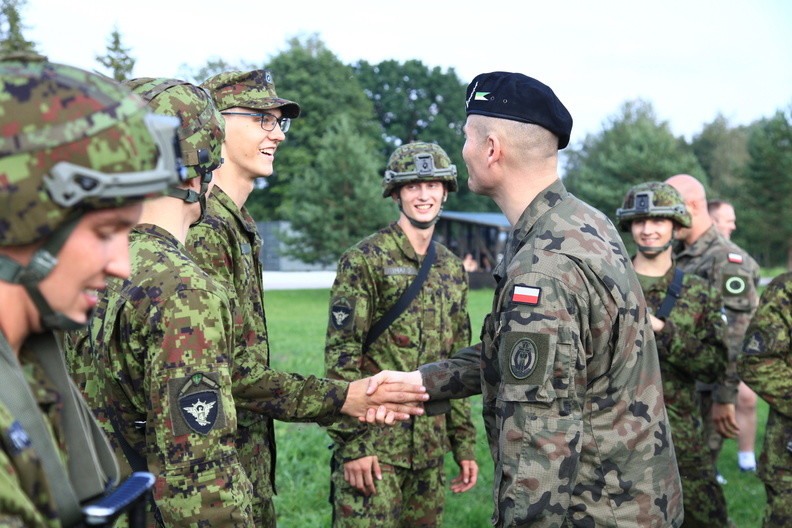 The two countries are engaged in close defence related cooperation, according to the defence ministry. “This summer, the 5th Infantry Company of the 7th Mechanised Infantry Battalion of the 17th Mechanised Infantry Brigade of the Polish Armed Forces conducted training exercises in Estonia,” the defence ministry statement said. Poland has also contributed fighter aircraft on six occasions to NATO’s Baltic air-policing mission.