Estonian government will this year allocate 300 000 euros as a measure aimed at promoting the development of the domestic defence industry. 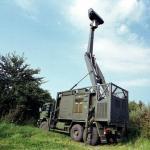 “The competition for development support announced at the beginning of the year that is now in the phase of filing applications, is meant namely for entrepreneurs, to whom we will allocate up to 300 000 euros in support this year,” Estonian defence minister Urmas Reinsalu said in his speech at the annual meeting of the Estonian Defence Industry Union (EDIU).

The minister said that because of the small size of the Estonian domestic market, defence industry enterprises here must be able to export. In addition, having experience in international product development and marketing will enable Estonian companies to offer better products to the Estonian Defence Forces as well, he said.

“I wish that there were more companies in Estonia that were managed from Estonia and that the value they create would remain in Estonia. It is also the role of the defence industry to promote the national economy, giving the people of Estonia employment and wealth,” he said.

The EDIU and the Estonian Defence Forces are scheduled to sign a Co-operation memorandum during Wednesday’s meeting.