Ahto Lobjakas, the outspoken and sharp commentator at the Estonian Radio 2 – part of the Estonian Public Broadcasting – is forced to leave his post due to the demands of self-censorship by the broadcasting’s board; Lobjakas is known for holding the far-right Estonian Conservative People’s Party (EKRE) leaders, future ministers and MPs accountable for racism and anti-Semitism live on air.

One of the wittiest radio commentators and newspaper columnists in Estonia, Ahto Lobjakas, has been forced to leave his post as the co-host of the Radio 2’s weekly programme, “Olukorrast Riigis” (State of the Republic), aired every Sunday. The programme summarises and analyses the most important political and economic events, developments and affairs in Estonia, and occasionally, elsewhere. Lobjakas has co-hosted the influential programme since 2015.

A choice between self-censorship and departure

The news that Lobjakas had been fired from the job, started to circulate in the Estonian privately-owned news outlets, Delfi and Postimees, on Friday evening.

Radio 2’s editor-in-chief, Kristo Rajasaare, said in a comment given to Estonian Public Broadcasting’s (ERR) news portal that Lobjakas “was not fired”. However, on Saturday, Lobjakas said in a Facebook post that, indeed – he wasn’t fired, but was given a choice between self-censorship and departure.

“I wasn’t fired. I was given a choice between self-censorship and departure. I’ve been the presenter of ‘State of the Republic’ for more than four years. In the years when the Reform Party led the government (until autumn 2016 – editor), I was never pressured as a presenter, no matter how sharp my criticism was. I can say the same about the subsequent Centre Party government. Something changed after the election,” Lobjakas wrote, a reflection of the post-election situation in March and April, when the Centre Party started coalition talks with far-right EKRE party that had managed to increase its number of seats in the parliament from 7 to 19.

“There were signals that criticism of the coalition that was being created, was too sharp – and was trying to influence politics unacceptably. The choice of words was criticised, intelligent euphemisms and cornerstones were suggested. I was demanded to pay more attention to the coalition programme of the new government (formed by the Centre Party, EKRE and Isamaa – editor) and less on unworthy politicians and their ideas,” Lobjakas said. “The importance of ‘balance’ was emphasised. Logically, the latter only meant that besides EKRE, I would have to find either racists, anti-Semites or neo-Nazis also in other political parties – or, in their absence, not to touch the subject at all.”

Lobjakas had in many previous programmes criticised the inclusion of EKRE in the coalition government, based on the party leaders often offensive, racist, homophobic and xenophobic rhetoric. He had specifically also highlighted the fact that the coalition government’s MPs in the parliament include at least one anti-Semite, in EKRE’s Ruuben Kaalep. In one programme, on 14 April, Lobjakas used the word “scum” live on-air to describe the fact that the government is formed with the help of racists and anti-Semites. He immediately apologised on air, and after the ERR’s ombudsman, Tarmu Tammerk, intervened in the following days, apologised again in the following programme.

Depressingly familiar with post-Soviet and other semi-free societies

In a Facebook post on Saturday, Lobjakas was pessimistic about the state of the Estonian Public Broadcasting – and indirectly, about the situation free press in Estonia has found itself, after the inclusion of far-right EKRE party in the government.

“As a correspondent of the former Radio Free Europe / Freedom Radio, it all seemed depressingly familiar with post-Soviet and other semi-free societies. Critical voices are not tolerated in the state press. No one puts pressure directly out of bad will, but there is pressure – and its clear subtext is that the leadership [of ERR] is feeling nervous and defenceless against governmental power, and those below [journalists at ERR] are expected to co-operate and keep a low profile,” he said. “It is a simple but slippery slope in young democracies – beginning with self-censorship, it will end up with something other than a free society.”

Lobjakas seemed to be puzzled as what had gone wrong at ERR at large. He has not been the only ERR journalist under attack in the last month: On 28 March, EKRE’s vice chair, Martin Helme, sent a letter to ERR board, in which he asked whether the board was planning to “remove those journalists who have demonstrated their bias” from the airwaves. 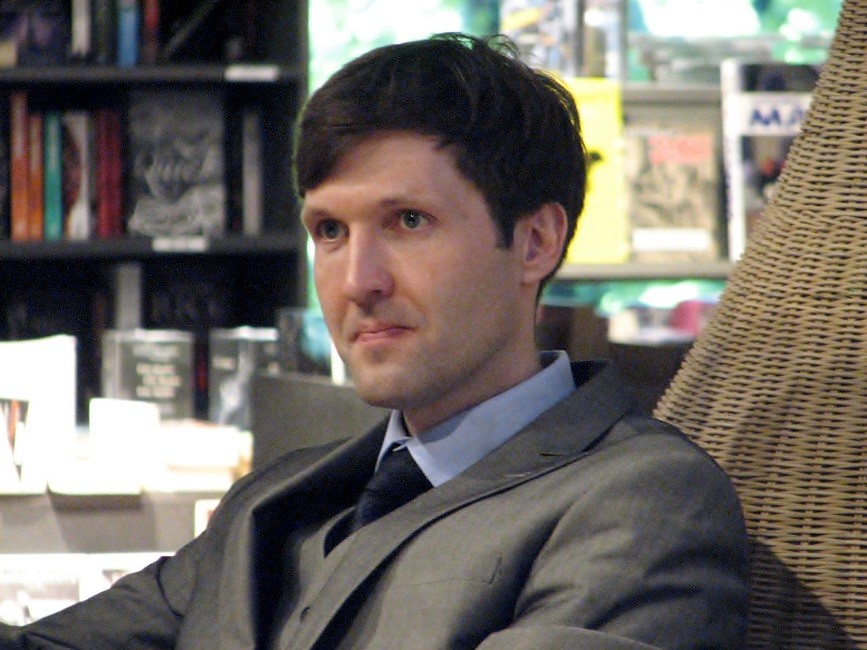 Subsequently, Mart Luik, a member of the Isamaa party – EKRE’s conservative coalition partner in the new government – wrote an op-ed in the Estonian newspaper, Eesti Päevaleht, with a headline: “There is a hysteria against EKRE in the media. Helme has the right to demand an order from the journalists”. In an unprecedented move, Luik proceeded to list several Estonian journalists in the context, such as Johannes Tralla, Priit Kuusk, Marko Reikop, Anna Pihl (ERR) and Krister Paris (Eesti Päevaleht).

Adapting to compromises – in favour of power, at the expense of the press

“Why things have gone like that in the ERR, I can’t say. At the same time, I have to say – when I read the longer texts of the chairmen of the ERR’s council and the board over the last few weeks, one can sense the desire to relieve tensions in the society and cure the divisions,” Lobjakas wrote. “It is great, but it has nothing to do with free press as a value – or an institution [ERR] – that these people were employed to protect. On the contrary, in today’s circumstances, such texts can only be read as an attempt to justify themselves and others in adapting to compromises – in favour of power, at the expense of the press.”

“I believe there is also an explanation for why the ERR does not seem to be bold in protecting its people,” Lobjakas added, a reference to several verbal attacks against him and other ERR journalists in the last month. “Radio 2 has always been on my side, but the ERR, as an institution represented by the board, has taken a neutral position on the attacks or has made concessions to the attackers. It is only a minor problem for me. However, this is very much a problem for the Estonian Public Broadcasting and all its journalists.”

Lobjakas added that he had already felt exhausted by following the increasingly aggressive day-to-day politics and had considered to leave the weekly programme – now, the circumstances made it impossible to decide otherwise. “Four years is a long time to make such a programme and I had a plan to leave in early June. But before I could say that, it was impossible for me to stay in the show,” he said, adding that he will co-host his last programme on 2 June. 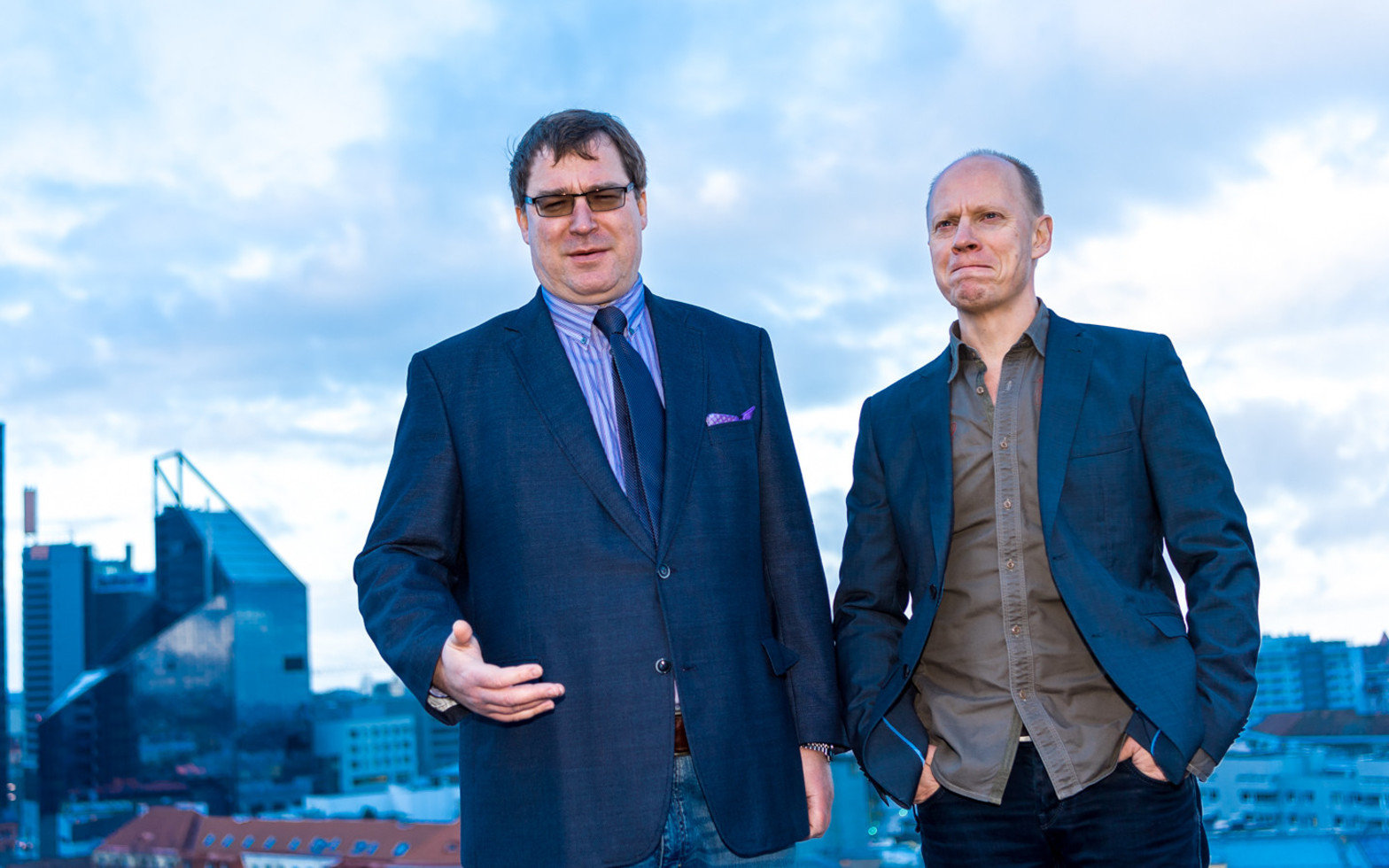 The chairman of the Estonian Public Broadcasting, Erik Roose, was unavailable for comment at the time of writing this article. In a press statement, sent to the Estonian media, he said “it was Ahto Lobjakas’ own decision” to resign his post as co-host of the “State of the Republic” programme. Roose also said that “there is no threat to press freedom or journalistic independence” at ERR.

Demands to silence journalists cause uproar

Member of parliament Marko Mihkelson (Reform) wrote on Facebook that “something really weird is happening in Estonia”.

“Ahto Lobjakas is rather one of those thinkers with whose thoughts I have always had trouble to agree,” he said. “But I have always respected his right to think the opposite of me.” He also pointed out that the new coalition government isn’t yet in power, asking “has self-censorship really started before?”

The former president of Estonia, Toomas Hendrik Ilves, also expressed his anger on social media. “As a primary object of Ahto Lobjakas’ calumnies and vituperation for a decade, I have a special right to stand up for his right to say what he says. No justifications for limiting his right to speak will sway me. Nothing supposedly true now wasn’t true before. Live with it.”

He also said that when critics are muzzled, Estonia won’t be the Estonia for which the Estonian people fought for fifty years. “Independent, yes, but no longer free.”

Another member of parliament, Valdo Randpere (Reform) said in a social media post that he, too, doesn’t like most of Lobjakas’ stances. “But the question is, what is more important, our own personal sympathy for one or another person, or our attitude towards the freedom of speech,” he noted. “We’re on a damn dangerous road when we start accepting muzzling the thinkers who we don’t like.”

Even the members of the new coalition have spoken out. Urmas Reinsalu, the next foreign minister and a member of the new governing coalition (Isamaa) posted on Facebook that he respects Lobjakas’ right to express his opinions.

“His ideology doesn’t sit with me at all, but I like brave people, and no one can accuse him of being cowardly,” Reinsalu said, adding that there aren’t many people like that in today’s Estonia.

The incoming minister of culture, Tõnis Lukas (Isamaa), told the Delfi news portal that he will demand explanations from the ERR management about the Lobjakas case. 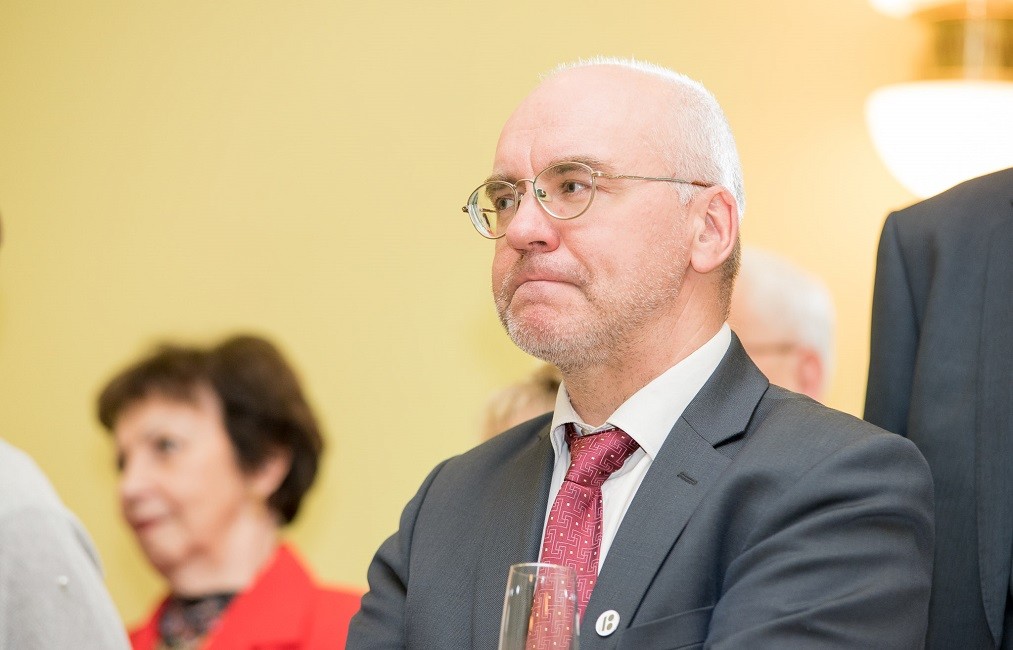 “This is definitely one of the first things that I will discuss with the ERR management when I meet them next week,” Lukas told the portal. “I will definitely ask about it and they will definitely tell me.” Lukas admitted that so far he didn’t know any more about the case than he had read on the media.

Just on 23 April, Vilja Kiisler, a journalist at Postimees, one of the largest newspapers in Estonia, decided to leave her post due to differences with the paper’s editor-in-chief over what she expressed in an opinion article, in which she criticised the far-right EKRE’s rhetoric and ideas.