Tarmo Miilits, Estonia’s deputy director of the Police and Border Guard Board, has been named the new Head of Eupol’s mission to Afghanistan. No Estonian has previously held such a high position on a EU mission.

Miilits is leaving his post as deputy director of the Police and Border Guard Board to lead a team of roughly 100 police officers from the EU member states whose mission is to train Afghan police. Miilits will travel to Kabul in December at the latest. 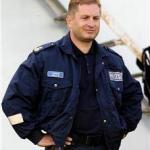 EUPOL Afghanistan is a European mission to support and train police in Afghanistan, and improve the rule of law.  It was set up to help overcome serious policing deficiencies in Afghanistan, following recent conflicts; improving the security sector is an important part of the international community’s work to rebuild Afghanistan. Afghan policing was affected by serious problems of training, organisation, and corruption; they are also a major target for insurgents.

EUPOL does not do actual policing; it supports and trains Afghan police, public prosecutors, and officials from the Ministry of the Interior. They have even helped set up an Afghan police detective series, ‘Commissar Amanullah‘, which helps reach out to the public, where literacy levels are still low.