A grassroots movement against the far-right populism has taken hold in Estonia in the social media; its dedicated Facebook page, Kõigi Eesti, gathered over 15,000 likes in its first day.

The Kõigi Eesti (#kõigieesti #общаяэстония #myestoniatoo) movement was started by residents of Estonia from all walks of life and from various communities in Estonia. They’re connected by their concern about the recent developments in Estonian politics.

“We don’t represent any particular party. We’re people just like you worried about the current political situation,” the movement organisers said in a statement.

Cannot watch in silence as the country gets derailed

The movement says they cannot “just sit by and watch in silence as our country gets derailed. Today’s political situation is putting values at risk that are important to Estonia.”“Estonia has developed very quickly since we regained our independence. We have achieved a lot, and we’ve become a role model for many, too. At the same time, we still have a lot of work to do to make our society caring and involving,” they added.

“For that to happen, the key foundations of our country have to remain intact: democratic values, the rule of law and respect for all people, and steadfastly facing West. Estonia has to preserve an environment that lets people make better lives for themselves. And making Estonia more inclusive and more connected, we also improve our security.”

The organisers noted that “today, all of this is at risk, and we need to stand up for a caring, respecting, dignified, successful, involved country full of opportunities. For an Estonia we can be proud of. For an Estonia that is everyone’s Estonia, regardless of gender, race, language, religion and other differences.” 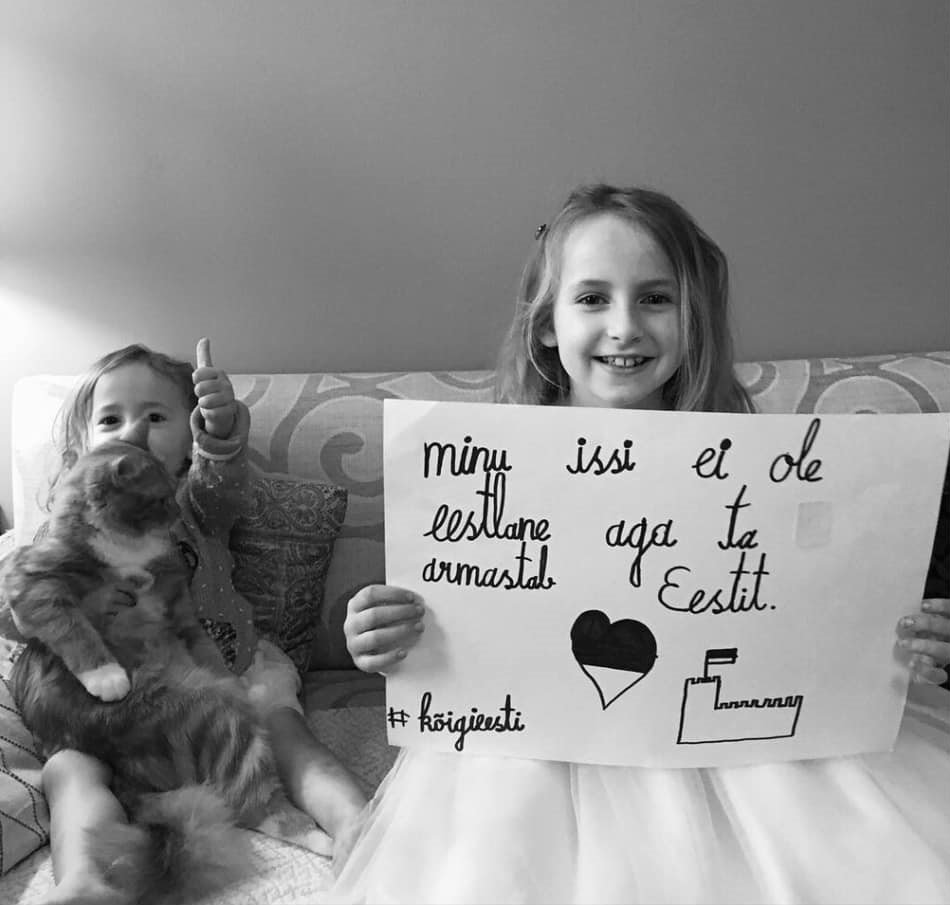 “Our Estonia is democratic, confident, protected, inclusive, caring, forward-looking and European in spirit. These values stretch across political parties and unite us all,” they declared.

During the social media campaign on Sunday, hundreds of well-known figures from the Estonian, Estonian-Russian, and the expat community participated in both Facebook and Instagram, emphasising why it was important that Estonia remained a tolerant and an inclusive society.

“There’s a growing movement towards intolerance in the world and we see it spreading in Estonia too in the attitude towards other cultures,” Joao Rei, a Tallinn-based communication expert, originally from Portugal, said. “We need more reasonable voices to speak up and let the world know that Estonia is open and welcoming.”

Varun Sharma, a Tallinn-based startup entrepreneur, added that Estonia had been an excellent example of tolerance, peace and freedom in the past. “Unity in diversity are embedded in Estonian culture,” he asserted. “These values should define what Estonia will look like tomorrow and what role it will play in the world.”

“How can it be right to discriminate against a person for things they cannot change?” Nik Seth, another startup entrepreneur, asked.

“Whether it’s where they were born, their ethnicity, sex and so on. Some people believe it’s their right to do so. Our freedoms have taken generations to build. That includes the freedom of expression, and tolerance. Some people abuse that freedom of tolerance but are cowards and hide behind these values to push their own agendas, including intolerance of others. This is the one thing I can’t tolerate. It’s wrong to abuse a person, and it’s wrong to abuse a freedom,” Nik said. “Patriotism isn’t about saying wrapping yourself in a flag and saying you’re better than others, it’s about being proud of your country has achieved, and working towards achieving even more, not less.” 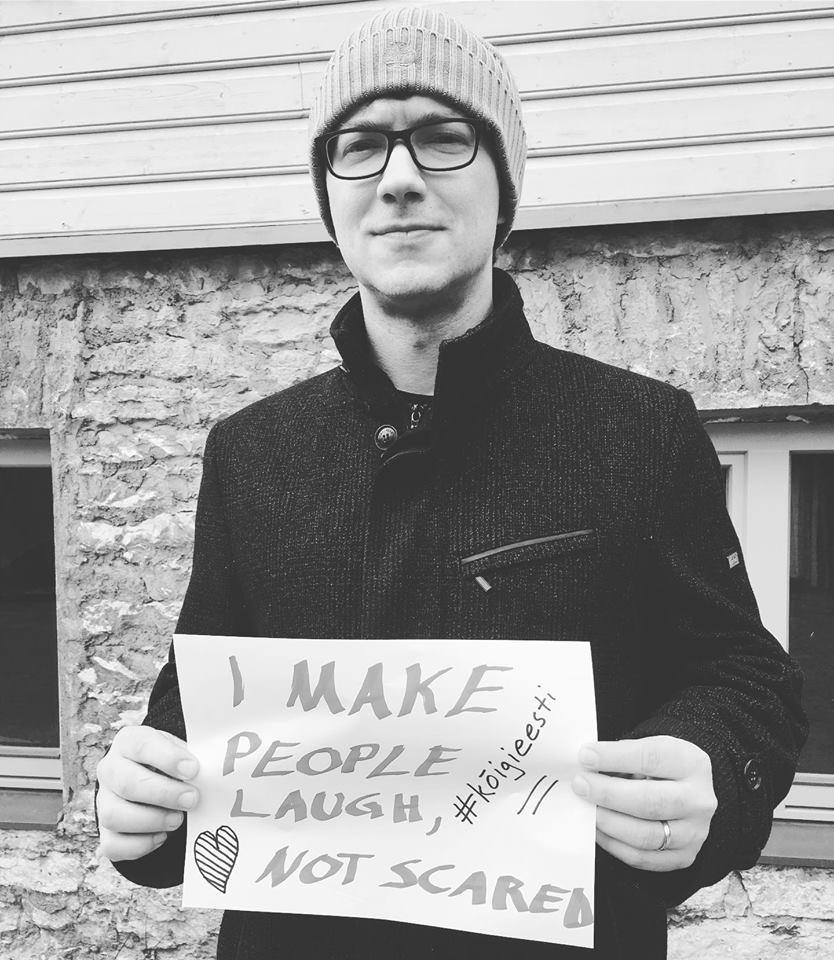 Stewart Johnson, a standup comedian, said that #myestoniatoo, the English hashtag used during the Kõigi Eesti campaign, means “Estonians are not afraid of the world. I mean, they’re already pretty mixed anyhow, and look how awesome they are!”