The soldiers of the Estonian Defence Forces befriended a lost moose calf in a forest and kept its company; it later reunited with its mother.

A group of Estonian soldiers were on an annual military exercise, Siil 2018 (Hedgehog 2018), when one evening, they came across to a lost moose calf. As is evident from the picture, the baby animal was rather amused by the human presence and made new friends. 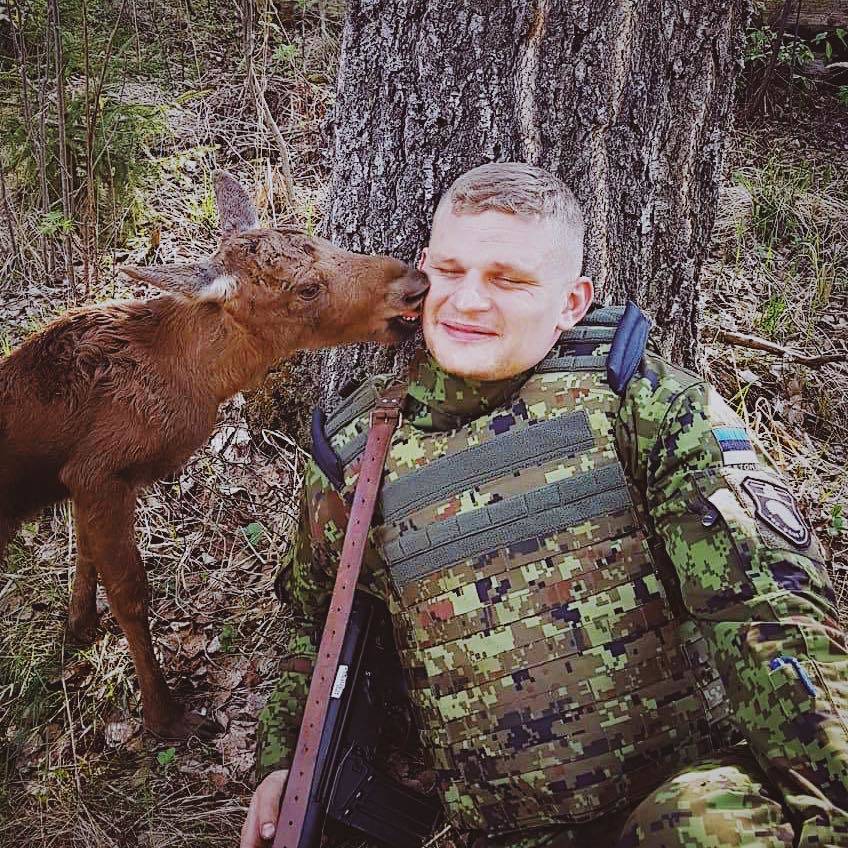 The soldiers asked guidance from the country’s environmental experts, who advised that the calf’s mother would come to search for its baby only during the night – when there isn’t much human activity around. “A fear that once the calf has been in contact with humans, its mother would reject the animal for the strange smell, is apparently a myth,” the Estonian defence ministry said on its Facebook page.

The soldiers and environmental experts checked the area again in the following morning and spotted the traces of a large moose – a sure sign that the calf was located by its mother and safely returned “home”. “The story had a happy ending,” the soldiers said.

The Siil 2018 military exercise was the largest field training exercise Estonia has held since restoring its independence in 1991. The exercise involved reservists, conscripts, members of the Estonian Defence League, active duty personnel and allied troops.