The Estonian Police and Boarder Guard on Wednesday published the protocol that confirms a border violation by Russia during the abduction of the Estonian security officer Eston Kohver on 5 September.

On 5 September 2014, operatives of the Russian Federal Security Service (FSB) illegally entered the territory of the Republic of Estonia, a member of NATO and the European Union, and kidnapped by force an officer of the Internal Security Service (ISS) of Estonia. On 19 August 2015, Pskov court in Russia sentenced Eston Kohver to 15 years in prison, for espionage and for illegally crossing into Russia and for carrying an illegal firearm.

The protocol in Estonian 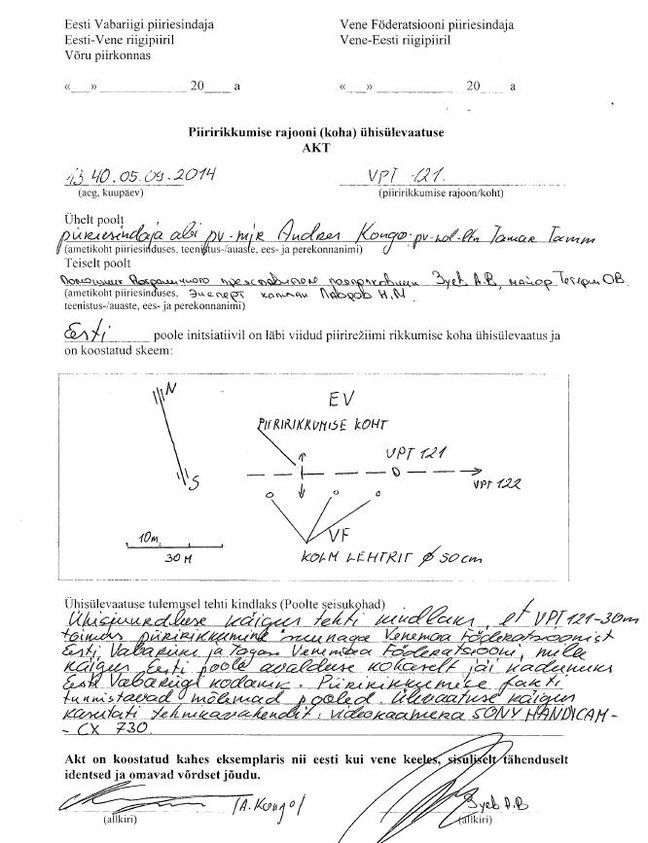 The protocol in Russian 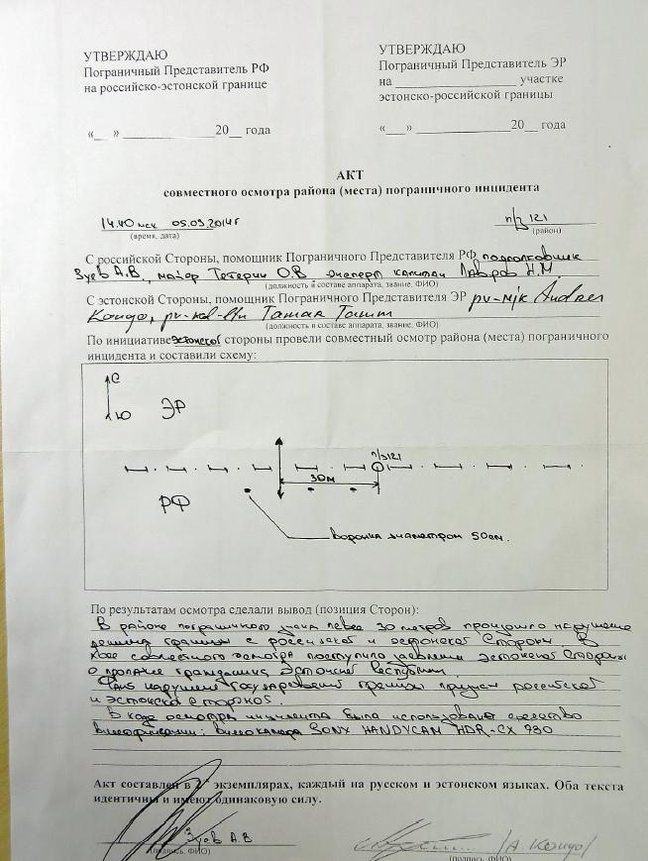