According to a research paper by Chatham House, a British think-tank, the techniques and methods used by Russia in the Ukraine conflict have roots in traditional Soviet approaches and shouldn’t have surprised anyone; moreover, the paper calls the strategic interests of the West and Russia “fundamentally incompatible”.

Chatham House, a non-profit, non-governmental organisation based in London, whose mission is to analyse and promote the understanding of major international issues and current affairs, says that even though Russia’s capabilities in its military interventions in Ukraine and Syria surprised the West, they were “well-advertised in advance” and their development was described “in detail by the Russia-watching community in Western nations”.

“The distinctive Russian approach to operations in Ukraine gave rise to an impression among some observers that its military had employed fundamentally new concepts of armed conflict,” Chatham House said.

“Nevertheless, the techniques and methods displayed by Russia in Ukraine have roots in traditional Soviet approaches. Since the end of the Cold War, Russia’s military academics have displayed an unbroken and consistently developing train of thought on the changing nature of conflict and how to prevail in it, including – but certainly not limited to – the successful application of military power.”

The report continues to say that “despite modern technological enablers, Russia’s intentions and actions throughout the Ukraine conflict have been recognisable from previous decades of study of the threat to the West from the Soviet Union. Today, as in the past, Western planners and policy-makers must consider and plan not only for the potential threat of military attack by Russia, but also for the actual threat of Moscow’s ongoing subversion, destabilisation and ‘active measures’.”

“Today, as in the past, Western planners and policy-makers must consider and plan not only for the potential threat of military attack by Russia, but also for the actual threat of Moscow’s ongoing subversion, destabilisation and ‘active measures’.”

The think-tank says that Russia has demonstrated both the capacity of its conventional military capabilities and willingness to use them. “The trend of the past 10 years appears set to continue – the more Russia develops its conventional capability, the more confident and aggressive it will become,” the report says. “Despite the perception of Russian operations in eastern Ukraine as irregular warfare, it was a large-scale conventional military cross-border intervention in August 2014 that brought to a halt the previously successful Ukrainian government offensive, and stabilised the front line close to the one currently holding under the Minsk agreements.”

The British think-tank warns further that Russia’s readiness to use military force will only have been heightened by the experience of campaigning in Syria from October 2015 onwards. “The February 2016 Syrian ceasefire agreement, concluded on Russian terms, in particular confirms for Moscow once again that assertive military intervention is an effective means of achieving swift and positive foreign policy results.” 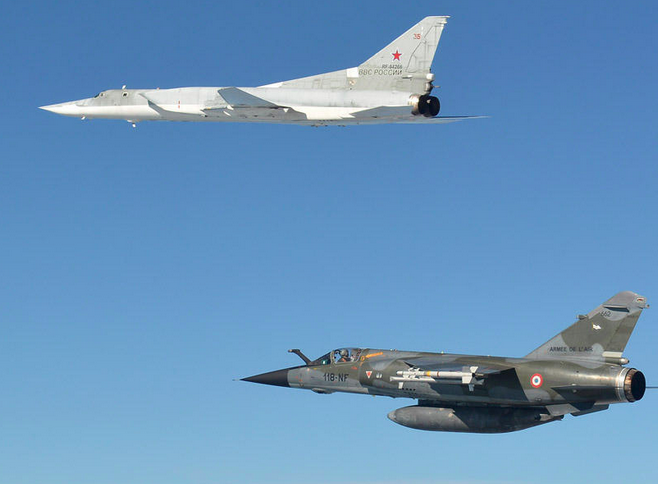 According to the report, Russia’s practice of information warfare has also developed rapidly, while still following key principles that can be traced to Soviet roots. “This development has consisted of a series of adaptations following failed information campaigns by Russia, accompanied by successful adoption of the internet,” the report goes on to say. “Misconceptions about the nature of Russian information campaigns, and how best to counter them, remain widespread – in particular the notion that successful countermeasures consist in rebutting obvious disinformation wherever possible. Russian disinformation campaigns continue to be described in the West as failing due to the implausibility of Russian narratives. But by applying Western notions of the nature and importance of truth, this approach measures these campaigns by entirely the wrong criteria, and fundamentally misunderstands their objectives.”

“Russia continues to present itself as being under approaching threat from the West, and is mobilising to address that threat. Russia’s security initiatives, even if it views or presents them as defensive measures, are likely to have severe consequences for its neighbours. Russia’s growing confidence in pursuing its objectives will make it even harder for the West to protect itself against Russian assertiveness, without the implementation of measures to resist Russian information warfare, and without the availability of significant military force to act as an immediate and present deterrent in the front-line states.”

“For Western governments and leaders, an essential first step towards more successful management of the relationship with Moscow would be to recognise that the West’s values and strategic interests and those of Russia are fundamentally incompatible.”

The report goes on to say that Russian military interventions and associated information warfare campaigns in the past two years “have not been an anomaly”.

“Instead they are examples of Russia implementing its long-standing intent to challenge the West now that it feels strong enough to do so,” Chatham House concludes. “For Western governments and leaders, an essential first step towards more successful management of the relationship with Moscow would be to recognise that the West’s values and strategic interests and those of Russia are fundamentally incompatible.”