Four US Air Force B-52 Stratofortresses conducted flights from RAF Fairford, the UK, to several places in Europe on 18 March, including to the Norwegian Sea, the Baltic Sea and Estonia, and the Mediterranean Sea and Greece.

In Estonia, a B-52 conducted training with NATO Joint Terminal Attack Controllers on the ground.

The mission to Greece was enabled by aerial refuelling support from a KC-135 Stratotanker based out of RAF Mildenhall, England.

The purpose of the flights was to conduct theatre familiarisation for aircrew members and to demonstrate US commitment to its allies and partners through the global employment of its military forces.

“The US Strategic Command regularly tests and evaluates the readiness of strategic assets to ensure we are able to honour our security commitments,” the US embassy in Estonia said in a statement. 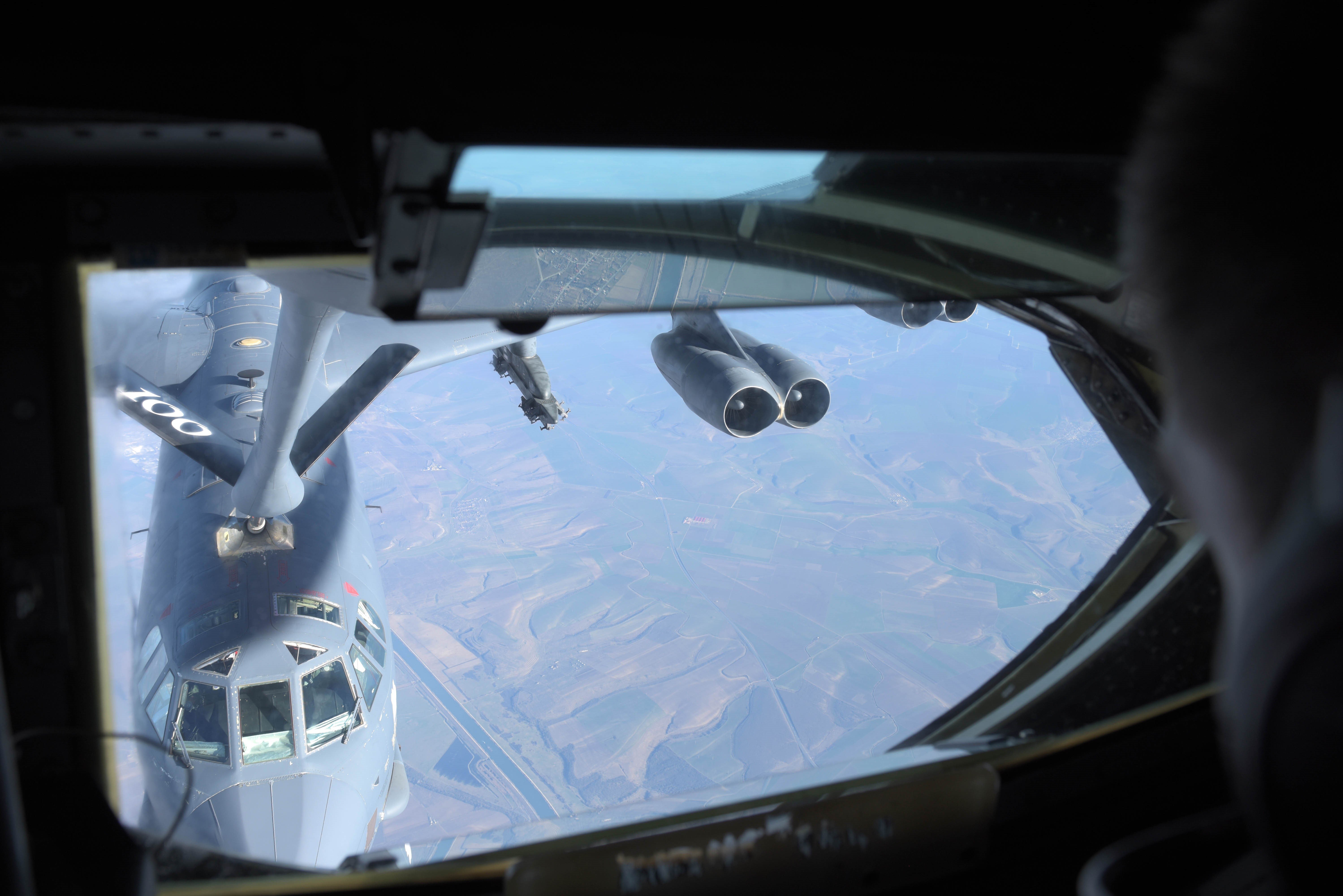 The B-52s, part of the Bomber Task Force currently deployed to the US European Command area of responsibility, are from the 2nd Bomb Wing, Barksdale Air Force Base, Louisiana. The aircraft arrived in theatre on 14-15 March and are temporarily operating out of RAF Fairford.

The deployment of strategic bombers to the UK helps exercise RAF Fairford as the US Air Force in Europe’s forward operating location for bombers, the embassy added.

Strategic bomber missions enhance the readiness and training necessary to respond to any potential crisis or challenge across the globe.

Cover: A U.S. Air Force B-52 Stratofortress from the 2nd Bomb Wing at Barksdale Air Force Base, La., breaks away from a U.S. Air Force KC-135 Stratotanker from RAF Mildenhall over Romania, on 18 March 2019 (U.S. Air Force photo by Senior Airman Benjamin Cooper).