Three US senators visited Estonia this week to assure Estonians that the United States and NATO remain committed to their defence.

John McCain, a Republican senator of Arizona; Lindsey Graham, a Republican senator of South Carolina; and Amy Klobuchar, a Democratic senator from Minnesota, visited Estonia at the time when the small NATO members have received mixed signals from the incoming administration of president-elect Donald Trump on whether the US would automatically come to their aid in the case of a Russian attack.

“I think the presence of the American troops here in Estonia is a signal that we believe in what Ronald Reagan believed, and that is peace through strength,” McCain said in the capital of Estonia, Tallinn. “And the best way to prevent Russian misbehaviour is by having a credible, strong military, and a strong NATO alliance.” 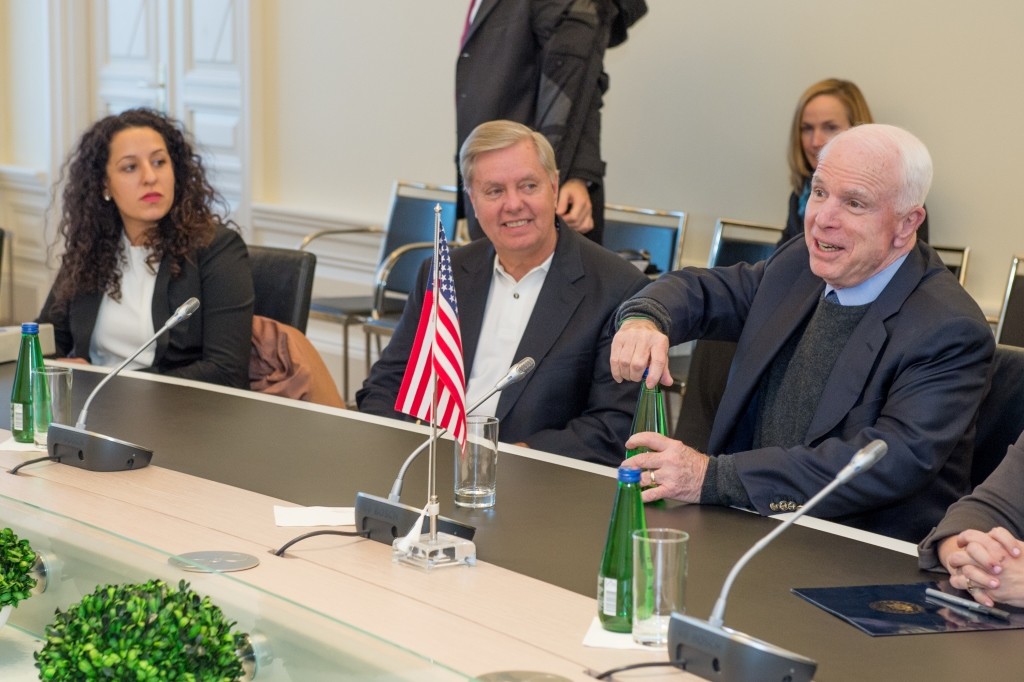 The Estonian prime minister, Jüri Ratas, said that Estonia and the United States shared common values and that the countries’ understanding of challenges in the fields of foreign policy and security policy was similar.

“In the last 25 years, the US has made an invaluable contribution into the security and the development of the defence capacity of Estonia and other Baltic states. We are extremely grateful for this,” Ratas said, according to a statement by the Estonian government. “The US contribution and commitment to NATO and the European security in general deserves separate acknowledgement. I promise that Estonia will continue to allocate at least 2% of its GDP to defence costs, host nation support comes on top of that.”

The delegation of senators also met the Estonian president, Kersti Kaljulaid, and other officials to discuss regional security and NATO plans in Estonia.