The Estonian technology developer Now Innovations and the Dutch company Fastned have signed an agreement under which the nationwide electric car charging network being put up by Fastned in the Netherlands will use mobile billing solutions developed by Now Innovations.

Each of the more than 200 Fastned stations along Dutch highways will be equipped with several multi-standards fast chargers manufactured by ABB, capable of charging an electric vehicle in 15-30 minutes. The Dutch network will be the world’s largest electric car fast charging network, Now Innovations said. 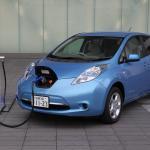 The CEO of Fastned, Michiel Langezaal, described Now Innovations as a very good partner for them because of its experience with creating billing solutions for the fast charging network in Estonia and extensive experience in developing mobile parking systems. “The solution by Now Innovations is the most customer-friendly of all the solutions on the market now. We wish to offer a smart solution together where the customer doesn’t have to worry about any new card, mobile roaming or standing order,” Langezaal said.

For Now Innovations this is the second nationwide electric car fast carging network to supply the billing solution to after the nationwide network of Estonia.

Since 2006, Now Innovations has been the world’s fastest expanding mobile parking software provider, currently operating in a commercial or pilot stage in 9 countries on 3 different continents and having processed over 10 million parking transactions by almost half a million users.