Supported by the local investors, government organisations and the European Institute of Innovation and Technology, ClimateLaunchpad is dedicated to making the world more environmentally friendly and has created a competition platform which each year attracts hundreds of teams across Europe who share the same goal.

This year, the event summoned entrepreneurs and visionaries from across the world to Estonian capital, Tallinn, to come up and compete with ideas and solutions to environment-related problems.

The competition winner, Estonian company Gleather, is on a mission to take on the leather industry by creating leather-like material from gelatine. The material is made using the side products of the meat industry and is thus much cheaper and more sustainable than real leather. At the same time, it looks and feels like real leather, and is chemically very similar to it.

According to the contest’s judges, the decision in the finals was unanimous, mostly for the excellent pitch and a very clear business idea that Gleather brought to the stage.

Taavi Madiberk, one of the judges and the founder of the most successful cleantech startup in Estonia, Skeleton Technologies, noted in a statement that the bar was high this year and praised the huge variety of ideas the teams were working on, but added that “the real life potential of Gleather is well above the rest”. 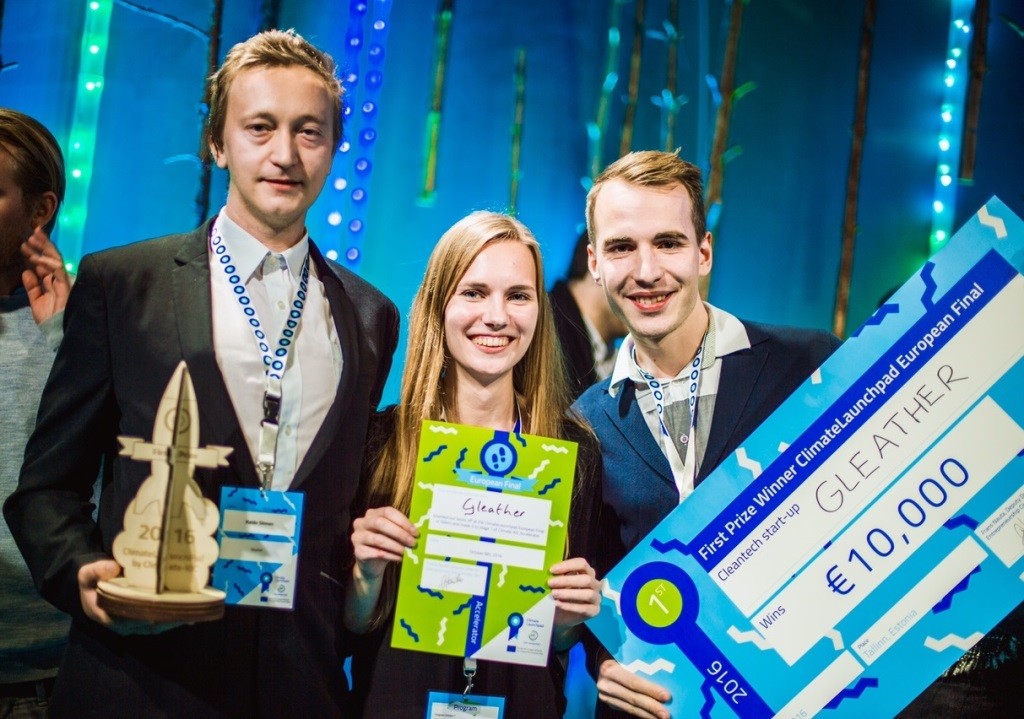 Turkish company, Sponge, was a runner-up, and Chrysalis from the UK won the third place.

Along with Gleather, two other companies from Estonia, BugBox and WildAr, were also pitching in the finals. BugBox is growing edible bugs and making protein rich powders and oils out of them. WildAr has developed an application for extra fast environment assessments, thus aiming to make road planning easier and bring down the number of road kills.