The EU funded European research project, based in Estonia, has built an electronic version of lateral line sensing on an underwater fish robot called FILOSE (Robotic FIsh LOcomotion and SEnsing). All fish have this sensing organ, but so far it had no technological counterpart on man-made underwater vehicles.

Unlike any other animal, fish have a special sense that allows them to determine the speed and direction of currents, helps them hover in place and even swim upstream. Known as lateral line sensing, it also helps fish find the underwater “sweet spot” to catch food that may be tumbling down the river.

Around the world, underwater vehicles have been deployed for several decades to track pollution, inspect ships hulls for damage, and for surveillance. But their big drawback is limited battery life. If successful, this new device would allow vehicles to travel more efficiently through the water like a fish, saving time and battery life.

“There are 30,000 species of fish that have” lateral line sensing, said Maarja Kruusmaa, professor of bio-robotics at the Tallinn University of Technology and the Scientific Coordinator of the FILOSE project. “If all of the fish in the sea have found it useful and none of the robots have, it makes you wonder that maybe you are missing an important piece of information.” 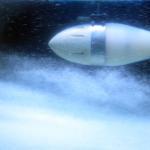 The FILOSE fish robot took four years to build. Engineers made it to mimic the geometry and shape of a rainbow trout; about 20 inches long (50 cm). To create artificial lateral line sensing, the team developed tiny electronic sensors to monitor pressure differences in the water flowing around it. The aim was to understand how fish detect and exploit flow features, and of developing efficient underwater robots based on biological principles.

Though flow is a highly volatile and unsteady state of matter, it can nonetheless be measured and characterised based on many salient features that do not change much in space and time (such as flow direction or turbulence intensity, for example). These salient features can then be described as a “flowscape” – a flow landscape that helps fish and robots to orient themselves, navigate and control their movements.

“So far flow in robotics is treated as a disturbance that drives the robots away from their planned course”, says Professor Maarja Kruusmaa. “We have shown that flow is also a source of information that can be exploited to better control the vehicle. Also, flow can be a source of energy if we can understand the flow dynamics and interact with eddies and currents in a clever way”.

Experiments with flow sensing and actuation in FILOSE have demonstrated that a fish robot can save energy by finding energetically favorable regions in the flow where the currents are weaker or by interacting with eddies so that they help to push the robot forward. The robots are also able to detect flow direction and swim upstream or hold station in the flow while compensating for the downstream drift by measuring the flow speed. FILOSE robot hovering in the wake of an object in the flow is demonstrated to reduce its energy consumption. “It is similar to reducing your effort in the tailwind of another cyclist or reducing the fuel consumption of your car by driving behind a truck”, Prof. Kruusmaa says.

“The FILOSE project has contributed to our understanding of the “fish-centric” viewpoint of the aquatic environment. Robotic experiments have also helped us to understand fish behaviour”, says FILOSE collaborator Professor William Megill, who led the University of Bath’s contribution to the project. “By recording flow sensor data from a robotic fish head which we’ve programmed to move like a real fish in similar flow conditions, we are able to understand what fish are able to perceive.” 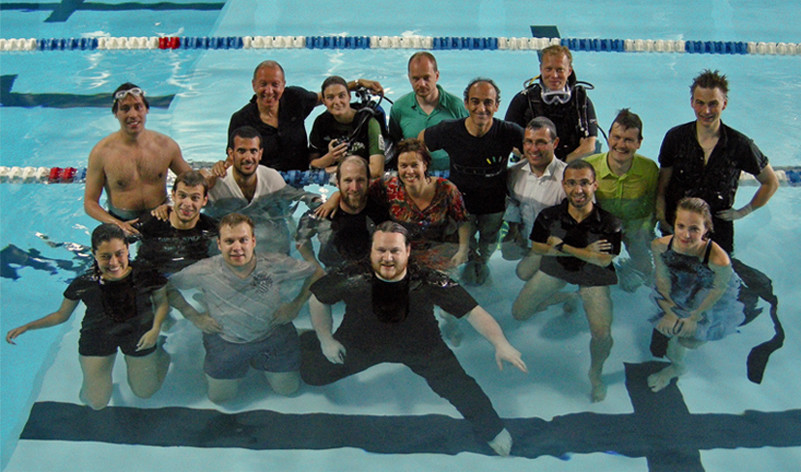