This year’s Garage48 Hardware & Arts hackathon – devoted to physical gadgets – was attended by participants from the Estonian National Defence College whose idea – the Hitafly electronic shooting coach – won the contest.

The National Defence College prototyped two ideas born out of their everyday needs:  ARCTOS, a single device for collecting data, calculating and sending it to fire command; and the Hitafly electronic shooting coach.

According to Lieutenant Colonel Sten Allik, ‎Chief of the Centre for Applied Studies at the College, they came to the event with two goals: to connect the defence forces with civil engineers and get them to speak the same language, and to show how easily some everyday problems can be solved. “The results we have achieved in 48 hours are fantastic. Both projects will be continued – the concepts work and there is a real need behind them.”

Hitafly took home the main victory with its device that attached to a handgun analyses its movement just before firing, and displays errors (such as jerking a wrist or recoiling) on a mobile device. In addition, it will keep a shooting and gun maintenance diary. It is a unique solution as the currently available ones interpret shooting mistakes not from the gun, but from the target.

The first runner-up was Do You Even Lift (DYEL), a gym equipment accessory that relays the statistics to a mobile device.

The second runner-up, BeeHunter, created a sensor-equipped swarm trap that alerts the owner’s mobile phone once a new bee colony has arrived.

The best design award went to Puca, a robotic toy to teach programming basics to kids, and the best technology prize to Liquid Light, a funky shot tray with programmable lights and automatic glass filling. 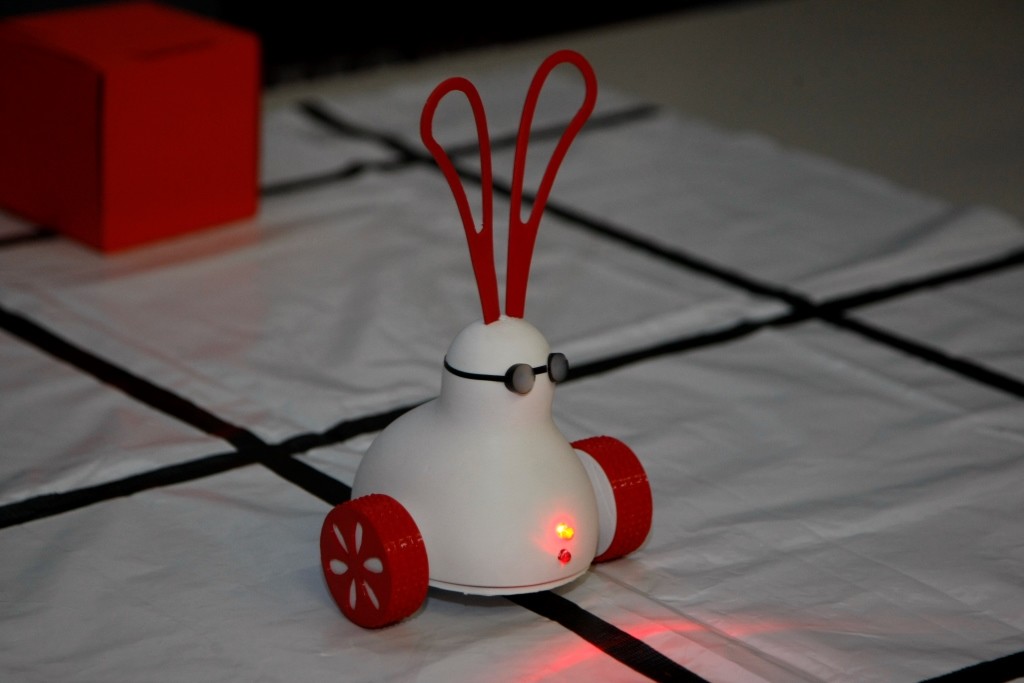 Garage48 is known for its hackathons where participants create prototypes to test their business ideas in 48 hours. At a hackathon, everyone can pitch their idea on Friday, the most popular ones attract teams that will start executing them, and on Sunday evening the teams present their prototypes.

While typically mobile and web applications are developed, the Garage48 Hardware & Arts was devoted to solely physical gadgets. “Raspberry Pi, Arduino and 3D printing make it possible to also create a hardware product prototype in a weekend, and we see growing interest in that,“ Priit Salumaa, chief organiser of the event, explained. Out of 38 diverse ideas pitched on Friday night, 18 went into production and were presented on Sunday evening, ranging from a smart drone charging station to a porridge automat, an animated tape measure to a speech therapy game for children.