The new state-of-the-art virtual reality solution of the e-Estonia Showroom makes the Estonian digital solutions approachable for everyone.

In the last 20 years, Estonia has introduced so many digital solutions that it has become somewhat complicated for an outsider to grasp it all – especially if one happens to come from a country that is taking its first digital steps.

That’s where VR technology becomes handy. The Tallinn-based e-Estonia Showroom that since its start in 2009 has hosted over 3,000 delegations from 130 different countries, has just launched a brand-new virtual reality showcase to make it even easier to get an overview and understand Estonia’s achievements in the digital world. 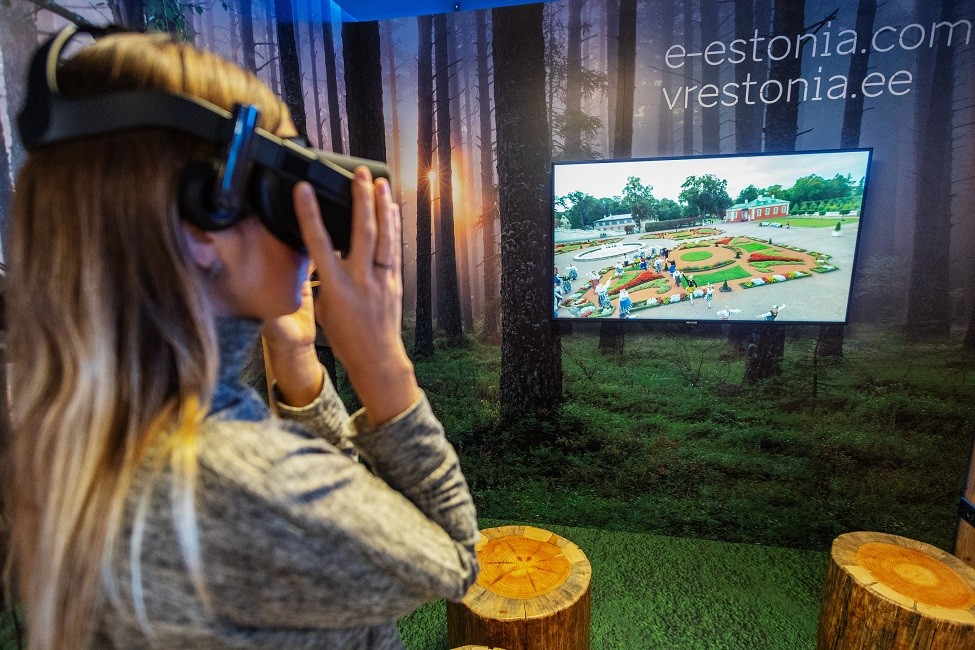 The VR solution – launched at the showroom, but also available on the online platform – consists of twelve video clips, each one-and-a-half to three minutes long, telling the story of digital Estonia: the country’s i-voting, the e-Health and the X-Road platforms, cyber security – you name it. The platform uses 360-degree videos, video-added graphics and gamification elements. According to Anna Piperal, the managing director of the e-Estonia Showroom, in future, the solution can also be used for live broadcasting of events and conferences, allowing interactions with the audience.

The innovative way of explaining and promoting the digital state is aimed for several target audiences, including international public sector decision-makers, business executives, investors and start-ups, as well as the media. Piperal said the VR solution will be soon also available at the Tallinn TV-tower and the Tallinn Airport. 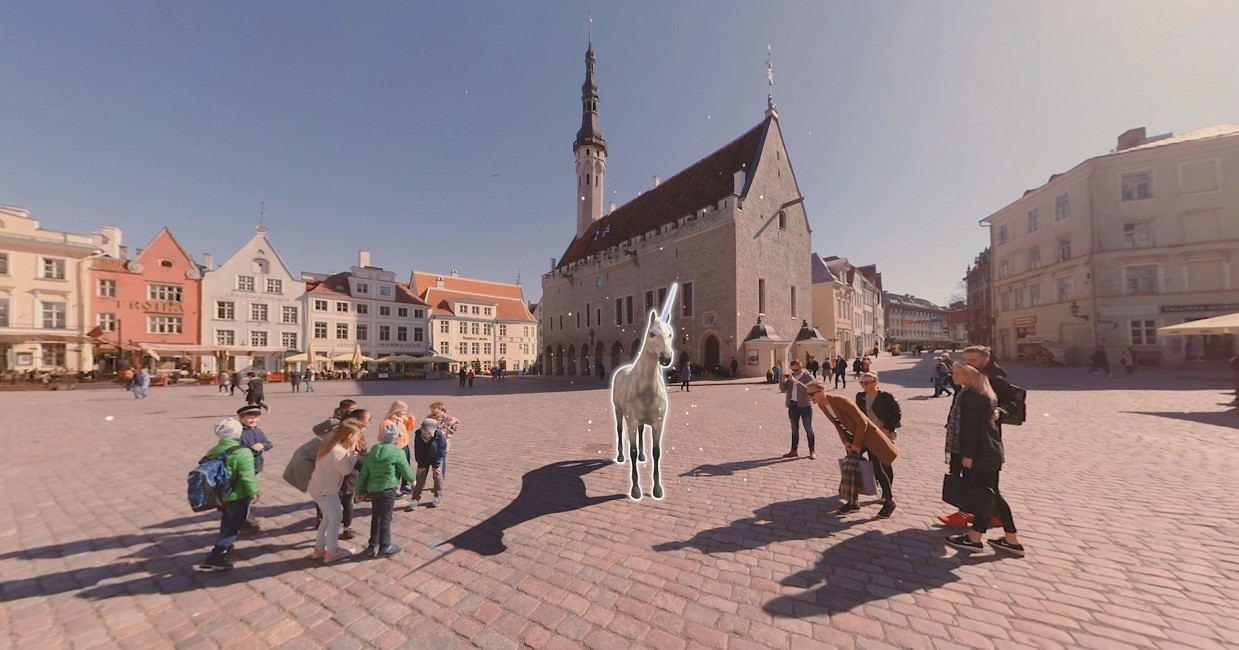 Created by Estonia-based companies, Telia Estonia, Babahh Media and Idea media agency, the technology uses virtual reality headsets – although it’s possible to watch the clips also without – and combines mesmerising images of the forward-looking digital Estonia that is, at the same time, comfortable with its history, cultural roots and strong identity. The user is in control and gets to choose what to pick and see.

The viewers are first welcomed by the country’s first female president, Kersti Kaljulaid, followed by a greeting of the rather cheerful and colourful unicorn who’s happy to take everyone for a “ride” and introduce the country’s digital achievements in a very realistically Estonian environment – that includes, of course, conducting business in a sauna or getting your transactions done online in the middle of a wintry forest. There’s plenty of action, too – for example, a cyber-attack is played out in a control centre room, to be overwhelmed and won by those Estonian cyber security experts, naturally. 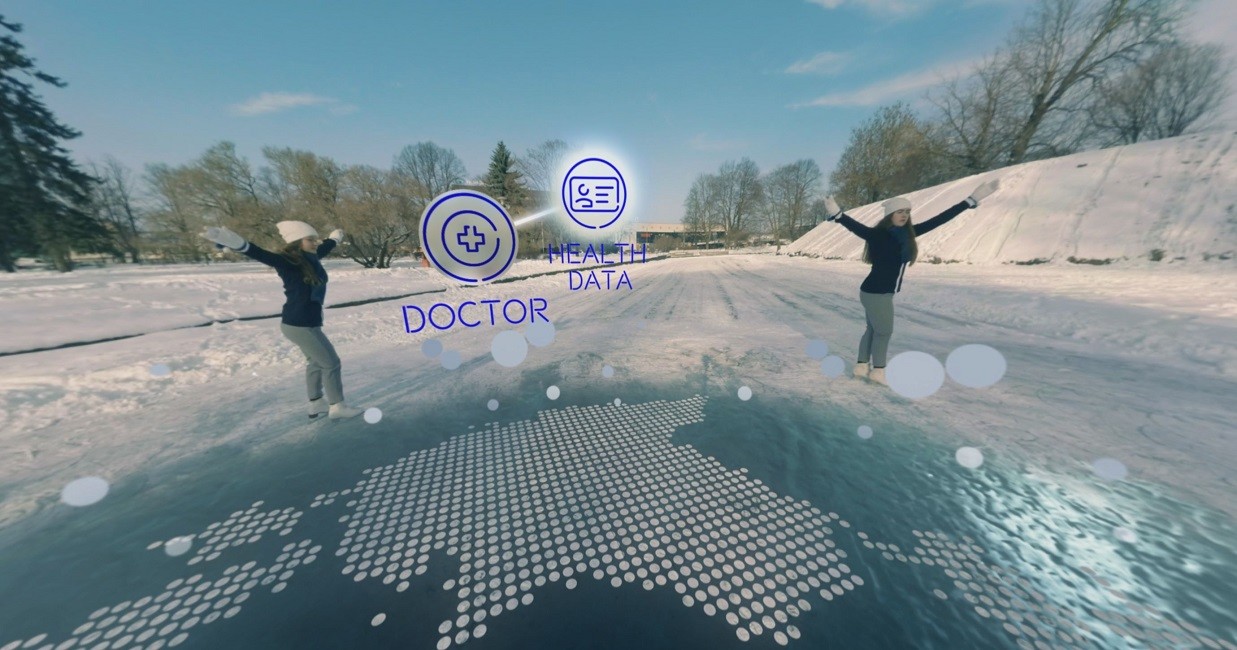 A picture says more than a thousand words

According to Piperal, the VR solution is a way to reach to an ever-increasing number of people. “The number of visitors to the e-Estonia Showroom has increased by about 25% each year. The VR technology gives us the opportunity to reach to more people than ever. There are already 171 million VR users in the world, so this is potentially a very good marketing tool for e-Estonia,” she noted. “Besides, a picture says more than a thousand words.”

The new VR solution is also very flexible and enables other platforms to add content – for example, private companies could highlight their solutions. It is also easily adaptable for viewers; every company or institution can use the solution – rent the VR headsets and use it at events, for example.

As Joao Rei, a digital strategist from the Idea, put it: “Even if you see the clips briefly in a crowded public place, hopefully it will inspire you to go home and see more. It is a showcase for Estonian digital solutions.”