Estonia, Cyprus, China, Greece, Colombia, India, Iran, Guatemala, Afghanistan, Nigeria, Mali, Armenia, Monaco, Japan, United States – these are the 15 countries in which Robotex, the largest robotics festival in the world, already has a presence. There are over twenty other countries in the works.

How has a project that was started as an examination event in 2001 achieved this international expansion within the last eight months? Why would anyone need the franchise rights for a once small robotics competition? And most importantly, where is it all leading to? 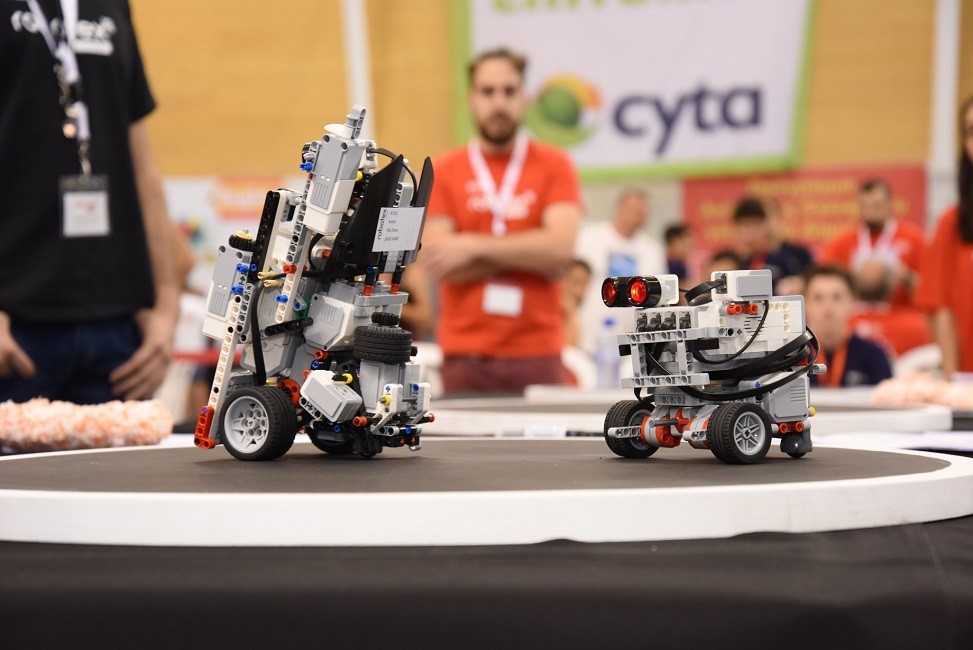 In the wake of 2017, a new team was assembled for organising the 17th annual robotics competition in Estonia. At that time, no one knew it could be the last new team that had to be put together from the scratch.

Up to this point, a new group of people had been compiled for each year’s Robotex event held in the premises of the Tallinn University of Technology since 2001. But the event had outgrown the building, while also becoming too large of a piece for any short-term crew to work on it.

Already in 2016, Estonians started dreaming about breaking the Guinness World Record by hosting the biggest individual robotics competition the world had ever seen. That year, they missed it by about fifty teams. However, it was still close to one thousand robots and around ten thousand people attending the event.

In 2017, a new attempt had to be made. This time around, the audience reached 27,000 people and 1,346 robots, also known as teams – enough to break the previous world record by more than two hundred teams. The achievement also gave Estonians the right to call the Robotex the largest festival of its kind. 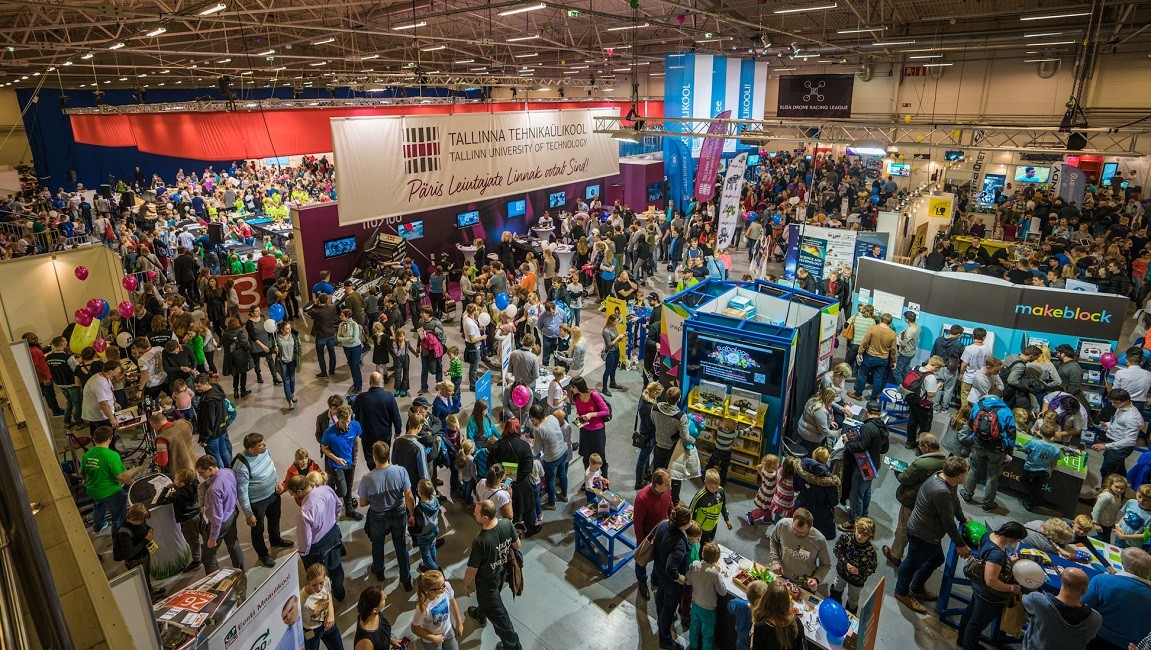 But what to do after achieving the long-time goal? After all, it is not that motivating to break your own record and get the chance to call oneself bigger than the previous – already the most successful of its kind – event. As it happened, one new initiative led to another.

Ahti Heinla, the founding engineer of Skype and lately, the founder and CEO of Starship Technologies – the company behind its namesake delivery robots – had previously attended the Robotex competition, thinking building robots would be easy and fun. While it was definitely fun, it didn’t turn out to be that easy. Yet it ignited the interest to keep on exploring the field.

When developing Starship, Heinla had a new challenge – how to find more hireable talent. The Estonian universities are constantly gearing up to meet the needs of the job market, but that’s not enough to support all the various startups. Hence the idea was to import talent from elsewhere by first attracting them to Estonia. But how?

This is where Robotex proved its usefulness, again. The festival had already set some activities in motion by starting to work on attracting more international talent to Estonia. With the extra funding from Heinla, Robotex wanted to make sure the 2017 event would attract more talent than ever before. And for that, Sander Gansen, the chairman of Robotex, started to travel towards all directions – Colombia, France, Japan, China, the United States, India and other countries – with the sole mission to promote the event.

And it worked. For the first time, Robotex 2017 had groups of participants from Mexico and China, as well as multiple journalists from Japan and Singapore. 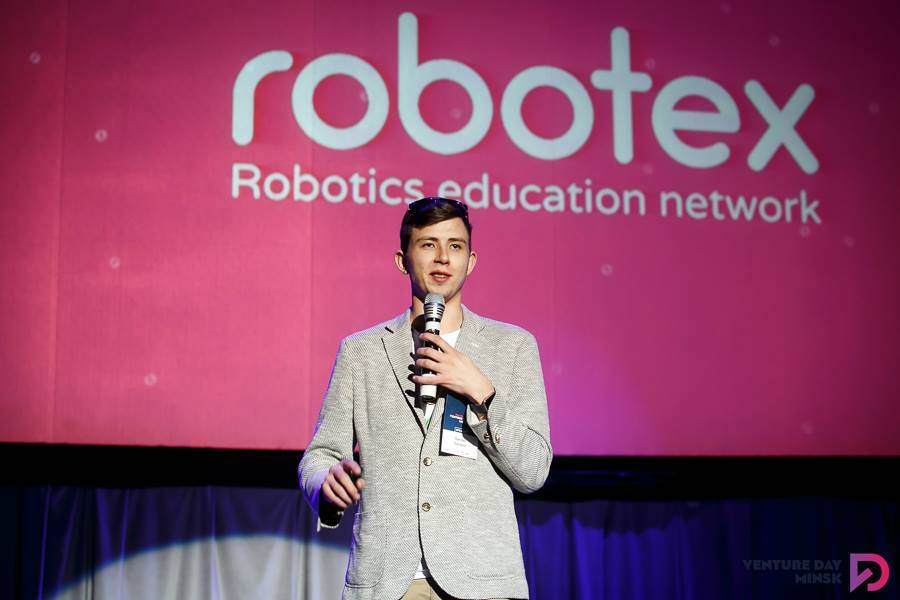 But from early on, the Robotex team realised it would not make sense to spend all this money on marketing alone. Hosting just one event a year was not a sufficient model for the survival. There needed to be a pool of activities to build a sustainable organisation.

Instead, the team started to play around with the idea of building a global robotics ecosystem. That meant competing with international organisations that had existed since the late 80s and early 90s – such as FIRST (For Inspiration and Recognition of Science and Technology), a US-based youth organisation that operates various robotics competitions – as well as BEST Robotics (Boosting Engineering, Science and Technology), another American-based competition. The Robotex team believes their models to be outdated and unfair for their franchisees and wants to develop something better.

As it happened, Robotex already had one successful example of a franchise event held in Cyprus and three potential partners approaching the organisation from China. Thus, it was made easier to justify the investment into the search of other franchisees, as well as a model that would redefine it all.

First up, the Robotex’ team knew it would take more than just the competitions to make it all worthwhile. And therefore, the team started to test other concepts, such as a corporate-focused robotics conference, different education programmes and a way to help generate new startups – concepts that could be implemented in all the countries Robotex would enter. This has become the differentiating part between Robotex and every other robotics programmes. 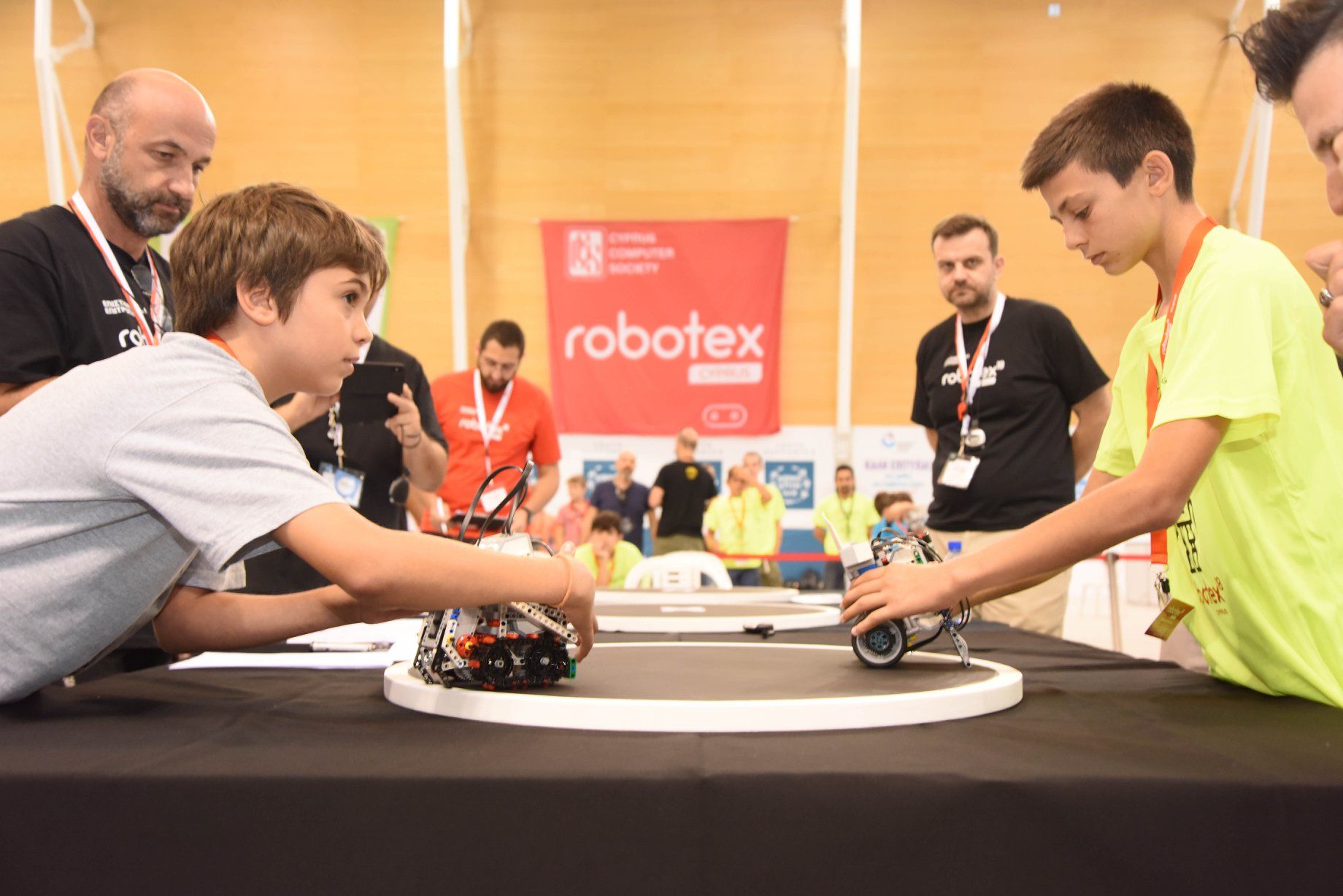 Robotex, as an organisation, is not only about the competitions and fun – it’s rather like an accelerator that would sustain a long progress and learning. Say, for example, a four-year-old – or older – kid. The idea is to give them knowledge about robotics and entrepreneurship. Later, Robotex would help them start companies in their teens and twenties (or find one to work for). And finally, it would make sure other companies and investors would discover those startups. All the while, the public learns a bunch about robotics.

Robotex plans to have operations in at least 25 countries by the end of 2019.

The 2018 Robotex International festival, hosted in Tallinn, Estonia, from 30 November to 1 December, is due to feature the largest robotics conference in the Nordics, 1,500+ robots, and is expected to attract over 35,000 people.

Cover: Children at a Robotex event in China (images courtesy of Robotex). * Please note that this article was originally published on 6 August 2018.