Angelina Jolie’s confession about her decision to undergo a preventive double mastectomy, published recently in the New York Times, was shocking news and a moving story at the same time. She explained that her choice was based on her abnormally high genetic predisposition for breast cancer and that she would hate for her six children to lose her too early; Jolie’s own mother died of cancer when she was just 56 years old. 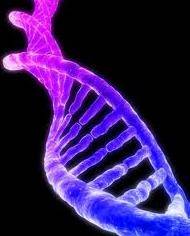 While Jolie’s “faulty” gene is very rare, the risks of developing many other, much more common diseases can be evaluated based on personal genetic data. Let’s take diabetes, suggests Professor Andres Metspalu, Director of the University of Tartu’s Estonian Genome Centre. Currently one’s risk of acquiring diabetes is predicted based on a person’s age, sex, weight and blood sugar; however, all of these factors show diabetes risk once one is overweight and has developed an intolerance to glucose, which means pre-diabetic. A genetic test could reveal diabetic risk much earlier, e.g. at 25 years of age.

Whether this risk is realised or not depends largely on one’s weight. By knowing about this risk and keeping body weight under control, a person can postpone the disease by ten years or so. This means a healthier and happier life for the person, but also substantial financial savings for the state.

According to Professor Metspalu, modern medicine is a 4P Medicine: It is preventive, personalised, predictive, and participatory. This means that we are responsible for our health.

The research shows that 75 percent of people change their lifestyle when told about personal genetic risks. The only universal advice that doctors can give regards smoking, which is known to reduce life expectancy by 10 years on average – all other health advice is personal.

Given that 75 percent of the Estonian population approves of genetic research (which can be a problem in many other countries), this is a unique opportunity to improve our national health.

Metspalu’s vision for Estonia is nothing less than remarkable. He foresees that in the next seven years, Estonia should build up a database to accumulate genome and health data for the Estonian population. With the database in use, its data volume and value would grow over time. Details of a patient’s treatment might be of great help when deciding on the best cure for her relatives with a similar disease in the future. Also, drug prescription would rely on genetic information rather than trial and error as it mostly works now – different individuals require different drugs and doses.

In the first two years, an Estonian genome chip should be developed. The European genome chips currently available take Western Europeans  into account and do not include all gene variations that Estonians may have. Computations show that the genes of ca. 5,000 people have to be sequenced in order to discover most gene variations. So far, 100 genomes have been sequenced in Estonia.

The next step is validation of the Estonian genome chip. This is very important for automatic analysis of personal gene cards in the future.

In 2014 a national health inventory should be carried out in Estonia. First the genes of persons aged 35–65 should be sequenced. This comprises 450,000 people and should take about three years. The technology and know-how to do this work are in place – in addition to an existing robot and scanner, three or four additional machines have to be bought.

On the patient’s side, the procedure couldn’t be simpler. During one doctor visit in a period of three years, a patient would give a blood sample (which he or she might need to do for other purposes anyway). The sample is then sent to the lab where the personal gene data is extracted and added to the E-health database, accessible to the family doctor for future use.

How good is genetic research?

The Estonian Genome Centre has researched Estonian gene data for three years now. As a result, approximately one hundred scientific articles have been published. Andres Metspalu confirms that “the spine is in place”, and researchers are able to predict health risks based on genetic data – not all risks equally yet, but this is improving fast.

He compares the ‘gene hunt’ with fishing: ‘Today, our gene-catching net has big loops and is able to catch bigger fish only. However, it gets tighter every month and soon every sprat will be caught’.

What is the cost?

According to Metspalu, development of an Estonian genome chip is a one-time cost and could be covered by EU structural funds. The annual cost of genome sequencing for additional population after the national health inventory would cost ca. 1.5 million euros and should be covered by the Estonian Health Insurance Fund. If we also include training costs for doctors, then the overall cost of the whole programme until 2020 will be ca. 60 million euros. In comparison, the planned annual budget for health services in Estonia is currently 900 million euros.

The programme is an investment that will save both lives and the state’s significant funds. Still, Metspalu emphasises that although money tends to be the one and only measure for everything, we can’t underestimate the positive impact on society when the emotional and physical burden caused by diseases is diminished.

When asked about countries that could set a path for Estonia to follow, Professor Metspalu is determined: Estonia should set an example for Europe. He reasons that in speaking of Finland, the system would be more difficult to implement because medical faculties are spread across the country and it would be very hard to achieve a consensus. The USA is too big for this – all developments are implemented locally. A hospital in New York employs almost as many doctors as all of Estonia.

Thus, Estonia could become a good model and set an example of a functioning personalised medical system in Europe: ‘We have a good starting position and all prerequisites: E-health, digital prescriptions, ID cards, other IT solutions, a biobank, know-how, equipment and a positively inclined population. Also importantly, we have a plan and laws that allow us to implement the plan. All we need now is goodwill and government decision’.

This article is based on Sigrid Sõerunurk‘s interview with Professor Andres Metspalu, published in the Estonian-language UT magazine. The English version was first published by UT Blog. Photos: Wikimedia Commons/Estonian Genome Centre