The software developer ZeroTurnaround, founded in Tartu, Estonia, has acquired the Danish software company Javeleon together with the rights to all related intellectual property. The co-founders of Danish company, Allan Gregersen and Michael Rasmussen, will join forces with ZeroTurnaround’s teams in Tartu and Tallinn. 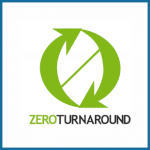 Javeleon was founded in 2012 to commercialise technology built upon research at the Maersk McKinney Moeller Institute at the University of Southern Denmark focused on dynamic updating. “Our role is to create tools for better and more efficient software development. ”We have admired the ZeroTurnaround success story for years, and we believe our involvement will positively impact ZeroTurnaround’s future growth,” Gregersen said in the press release to announce the acquisition.

Estonian start-up ZeroTurnaround was founded in 2009 by Jevgeni Kabanov and Toomas Römer, who met while studying at the University of Tartu.

In 2006 Jevgeni Kabanov found the way to address the core problem which haunted web developers using Java’s programming language. The Java programming language was introduced in 1996, but developers had to write Java code on their own machines and then upload their code to remote servers for testing – “redeployment bottleneck”, as ZeroTurnaround puts it.

Based on a survey completed in 2010 from over 1100 developers, it was discovered that between 10 – 23% of each development hour is spent on turnaround. Turnaround is the time it takes for the changes in code to propagate to the running application. It includes build time, deploy time and initialisation time.

ZeroTurnaround has 90 employees with development centres in Tallinn and Tartu, a global sales centre in Boston, Massachusetts, and a branch office in the Czech capital Prague. Its major owners are the Boston-based venture capital firm Bain Capital Ventures and executives. They currently have paying users in over 80 countries around the world and the company’s best known customers include Ebay, Disney, HP, IBM, Lufthansa, Oracle and the US Federal Reserve.