Alec Ross was a key player in forming the tech and innovation strategy for the campaign of now-US President Barack Obama in 2008, and served as then-Secretary of State Hillary Clinton’s senior advisor for Innovation. Isabel Hirama of the Estonian startup, Jobbatical, sat down with Ross in Washington, DC, to hear his thoughts on how global connectedness will transform the future of work.

You led a charge for national and global innovation during Hillary Clinton’s time as secretary of state. So, can you tell us, how do you define innovation?

Who do you think is most important in driving innovation forward in a country? Entrepreneurs? Technical creators? Researchers? Consumers? Politicians?

I really think it’s entrepreneurs. I think that basic research is incredibly important – I think there’s a big gap between basic research and lots of people being able to take advantage of that research. So, think about the internet for example. The internet was really created out of a pure research project that began in the late 1960s. The internet existed for effectively 25 years before it commercialised. And it really wasn’t until things like search engines, ecommerce, and things like this came around that took the internet and made it something really widespread. And so it was entrepreneurs, some of whom had an academic background and some of whom didn’t, who took the basic research and the creation of the internet, and made it a mass phenomenon. 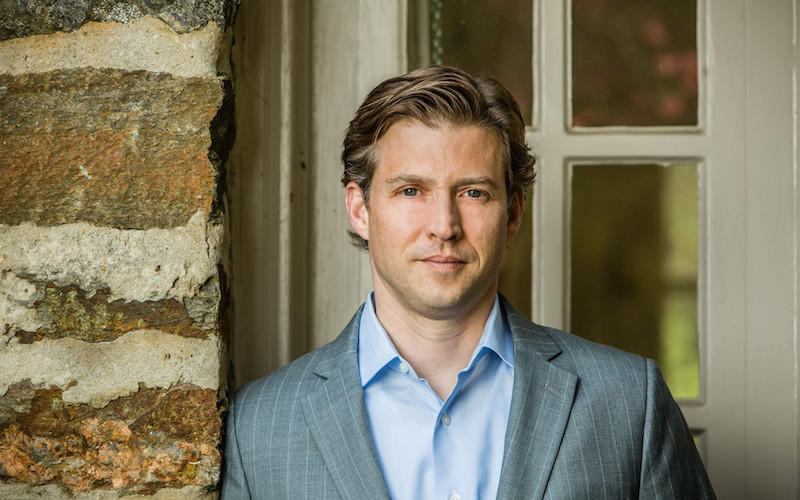 So I really think that entrepreneurs – while others play important and often indispensable roles, entrepreneurs are the ones who give it scale. What politicians can do is help or hinder innovation. They can create conditions that either accelerate the work of entrepreneurs or screw over entrepreneurs. So that’s really it. You know some of the interesting similarities between Estonia and the United States – which is a very rare similarity – is that each country has conditions that are entrepreneur friendly. If you think about how easy it is to pay your taxes in Estonia, or how easy it is to incorporate in Estonia

Definitely. I’m an American e-resident of Estonia, and I could start an Estonian business from here in DC, right now.

Exactly, so that has almost nothing in common with the other European states. When I travel all over Europe, people are asking me why the United States is continually the source of innovation, particularly in the digital space, despite the fact that the population size of the EU is larger than the US and despite the fact that there are obviously great engineers all over Europe.

Let’s talk about a difference though – in Estonia, a tiny team like Jobbatical, when it first launched, can hire someone from almost anywhere in the world, and can get a work permit for them in two days, for less than $100. But in the US it’s so much harder to do that – H1B visas are so difficult and expensive to get.

Yeah, and it’s really so much harder to do that in part because there’s a segment of American society that I think takes a very ugly view of non-Americans, and that has been on full-display now at both Republican presidential debates. Everyone in the United States, all Americans, were immigrants at some point, with the exception of the very small number of native Americans, which is less than 1% of the current population. And I think a lot of people, particularly white people whose great grandparents emigrated from countries like Germany and England and Italy, have stopped thinking of themselves as the children or grandchildren or great-grandchildren of immigrants. They now think of themselves as the “real Americans”. And they are hostile to new waves of immigration.

And so I think that it’s very hard to get these work permits in the United States because there’s this political constituency that fears new waves of immigration and at the heart of that is bigotry and insularity.

Right, so today for most Americans, all their co-workers are also American. Do you think that in the increasingly global, connected future that will be a handicap for American businesses?

It will be a handicap. Yes. I think that American businesses will do one of two things: I think that they’re either going to hire more and more internationally, in other countries where labour market conditions are more favourable and the talent exists, or if the US lets those folks into the country then maybe then they’ll hire here in the United States.

See, where Europe is often its own worst enemy is that while they tend to have more liberal immigration policies, they have very difficult labour policies. So part of the reason why economies like France’s and Italy’s have not been as strong as they otherwise might be is that if you’re a CEO you tend not to want to hire people in France or Italy. Because it’s impossible to fire them, because the benefits are so expensive, because there are all of these stipulations attached to employment that are not employer-friendly. And so because these global corporations do not find markets like Italy and France to be indispensable markets, then they’ll hire in other countries that are more labour-friendly.

Do you think this issue is on American politicians’ radars? You’re involved in Hillary Clinton’s current campaign – is it on her radar?

But I think that for some of the more chest-beating, gorilla-like politicians, they view this issue much more simplistically.

It’s pretty ironic that something that is supposedly meant to protect Americans would actually end up handicapping us, business-wise.

Yeah, I mean, I grew up in West Virginia, you know, I’m a public school kid from West Virginia, there’s not an ounce of blue blood in me. I worked as a midnight janitor when I was in university so you know I come from a sort of working class, middle class background.

And West Virginia is the kind of place that has suffered enormously because of the changing nature of the global economy. And there can be one of two responses to that. One response is, “OK, what can we change in order to position ourselves to compete and succeed more effectively?”

Unfortunately that’s the minority response. The majority response is to blame the outside world. And to point fingers and to want to punish others. Rather to make the changes within oneself and within one’s society, to make them increasingly competitive.

So what do you think about what we’re doing at Jobbatical in terms of talent mobility and the future of work?

And also, you know, in addition to the macro and micro-economic case for Jobbatical, it’s also just kind of fun. If you’re suffering through a cold winter in Sweden, then there’s some appeal to maybe spending the months of January, February, March coding in some place that isn’t freezing. So I also think that, in addition to all the economics, I think Jobbatical is also empowering to individuals. I think it gives people choices that they didn’t have before. You know, when I was growing up, if you said I want to take a sabbatical but I need to work, then your choice was basically to go to Bali or Singapore or some place and be a waiter or a waitress. You couldn’t have gone and done something higher up the labour and wage scale. So what’s really empowering about Jobbatical, is it allows people to make these kinds of changes in their lives. Or to take a diversion in their life in a professionally responsible way. And that’s part of what I find so compelling about it. 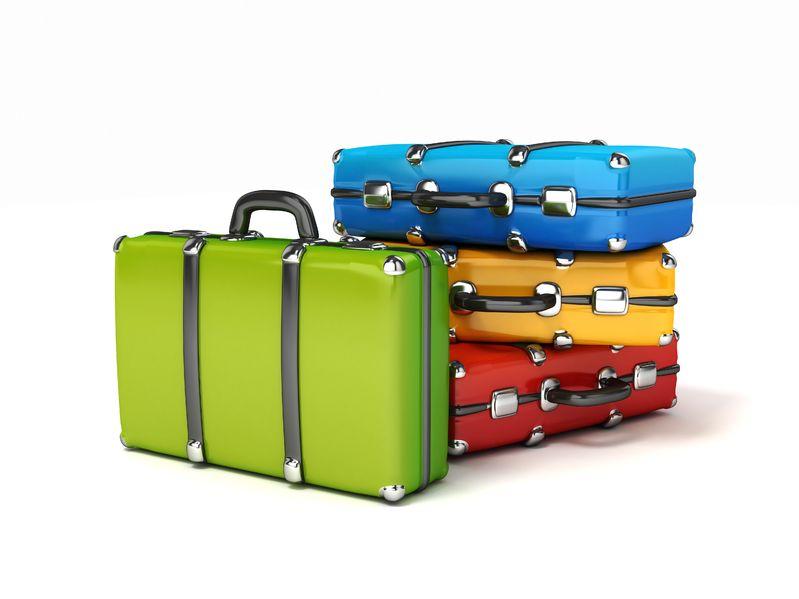 What I also am excited about is that it’s inherently global from day one. I’m excited about how this will allow people to explore parts of the world and test parts of the world that they might otherwise have never explored or tested. So some big destinations now for people might be, say Bali  –  beautiful place and there might be some risk in going but not a lot. But the way I imagine Jobbatical working in the future, is also having some really frontier opportunities, like the opportunity to work in places in Africa or Central America or South Asia where it might be too big a risk to say I’ll go for a few years, but you’d give anything a chance for a couple months.

Exactly – so, for example, we recently had an opportunity to do social media in Myanmar.

I also like that the Jobbatical’s CEO (Karoli Hindriks) is coming from Estonia, because I think that it’s increasingly important for people around the world to see that not all of these companies have to be founded and headquartered in an area that is 30 miles long and 15 miles wide called Silicon Valley.

If you could take a jobbatical anywhere in the world, let’s say for a year, getting to know a new culture, living and working there, where would you go?

Wow, that sounds great. OK, so I could argue doing it in a lot of different places. I would probably say, for a year, maybe South Korea, because it is such an entirely foreign culture that you can’t really understand if you’re there for just a couple days or even a couple weeks. You have to really break through over a sustained period of time to really understand it but at the same time it’s one of the places where the future is being imagined and invented. And if I could spend a year learning Korean, understanding Korean society, Korean innovation, I think that that would be fascinating experience.

Now, if the jobbatical were for a shorter period of time, if it were for a month or two then I would do it in some place like Papua New Guinea which I think will grow astronomically in the next ten years but which might not require a year to access and which I might not want to spend a year in. And it if were a halfway point, like six months then I think probably somewhere in East Africa.

Cover: Alec Ross. The article was first published by Jobbatical.

1 thought on “Alec Ross: Estonia is entrepreneur-friendly – like the United States”