Estonia likes to toot its horn when it comes to the country’s startups, but according to the CEOWORLD magazine rankings, Estonia is only 16th most startup-friendly country in the world.

The CEOWORLD magazine’s “most startup-friendly countries in the world” is an annual assessment of a country’s competitiveness and capabilities in a “scientific and technical-focused” economy.

According to this assessment, the most startup-friendly country in the world is the United States.

“America’s strengths include a very high rate of startups, robust angel and venture funding,” the magazine said. The US gets high marks for “building its knowledge economy”, as it is home to 119 institutions among the top 500 universities in the world, including the Massachusetts Institute of Technology, which is the top school in the world.

The US is followed by the United Kingdom, Canada, Israel, India, Germany, Poland, Malaysia, Sweden and Denmark. 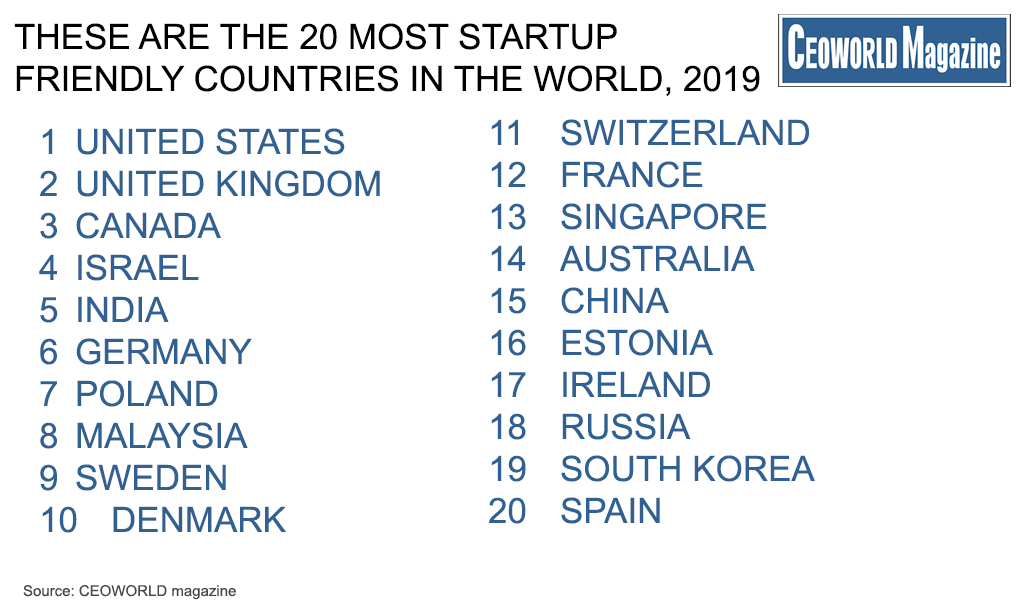 Estonia, ranked 16th, gained the same rank in four of the five categories on which the assessment is based – human capital investment; research and development; entrepreneurial infrastructure; and technical workforce. In the fifth category – policy dynamics – the country is ranked ninth.

The CEOWORLD magazine noted that the top five most startup-friendly countries in the world have remained the same since 2017, but their order has changed. “Poland is a newcomer to the top ten, jumping six spots from 2018. Sweden has fallen two places to 9th and Malaysia has slipped one position to 8th.”