Estonia will be represented at the EXPO 2015 world fair in Milan by “Gallery of ___”, designed by the Tallinn-based architecture firm Kadarik & Tüür. EXPO is an international exhibition held every five years in different cities around the world and showcases the progress made by the attending countries.

Fourteen entries were submitted to the concept, architecture and interior design competition for the Estonian pavilion at EXPO Milan 2015.

According to Martin Hirvoja, the board member of Enterprise Estonia (EAS), the organisation responsible for organising the design competition, “Gallery of ___” was voted the winner by a unanimous vote of the jury. “The fact that the jury, consisting architects, designers and other specialists in their respective fields, decided to unanimously vote for “Gallery of ___”, is quite unprecedented and demonstrates how thought-out this project is,” Hirvoja said.

“The “Gallery” will represent Estonia as a Northern, yet a warm country – a democratic and open place. Made of timber, so abundant in Estonia, the “Gallery’s” space is used invitingly and there’s no single point of entrance where people have to stand in line to get in – rather, it’s open from three sides where visitors can follow their own path of exploring the exhibition. What is great is that it’s also a green solution, since the wooden pixels according to the concept can later be individually or in cluster brought back to Estonia and used at children’s playgrounds for building swings, for example,” Hirvoja added. 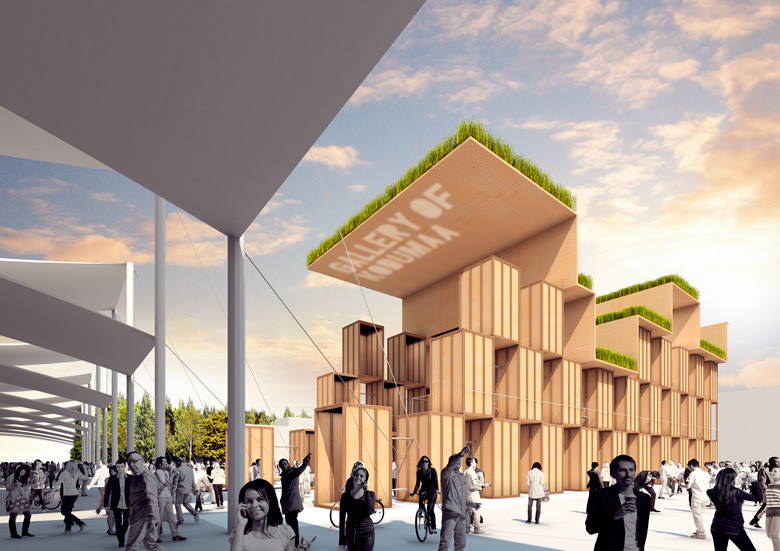 Ott Kadarik, one of the partners at Kadarik & Tüür, also emphasised the dynamic nature of the Estonian pavilion. “Estonia is a lively and open place on the edge of Europe. This is supported by our concept for the pavilion – it indicates that we are in ever-changing process and development. It will be a welcoming, multifunctional and an interactive space, rather than static – exciting changes taking place in Estonia at the time of the exhibition will be projected via “Gallery of ___” to its international visitors,” explained Kadarik.

“Visitors can taste good quality Estonian organic food, representing the traditional and Nordic fusion alike, and at the same time watch live pictures of animals roaming freely in the Estonian nature, streamed via webcams. They have a chance to share their impressions and emotions on Skype or social media via facilities in the gallery, therefore achieving a more personal feeling of Estonia. Two large LED screens will be installed on either side of the pavilion, where visitors can display their names via the “Gallery of You” application, motivating them to photograph themselves and share it on social media. Swings will be provided for children, making it family-friendly and doubling as a space to relax. The pavilion will also host concerts, fashion and cultural events,” added Kadarik. 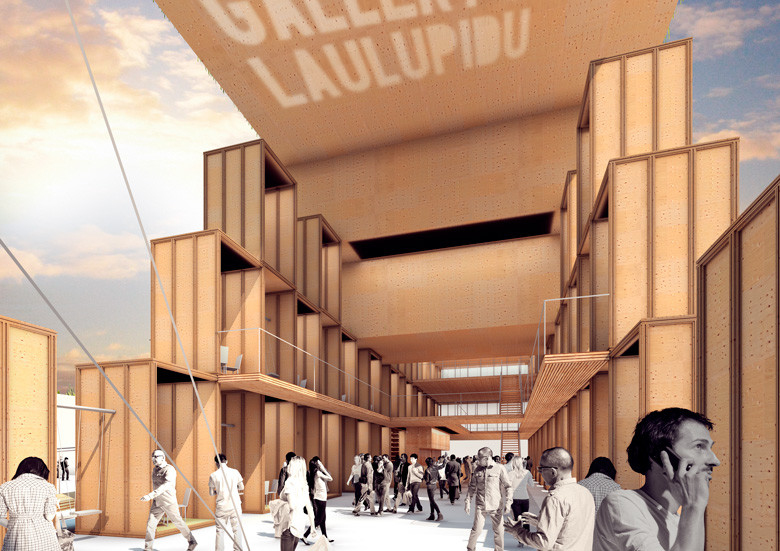 Architecturally, the project involves 100 unique wooden modules, easily transportable. Out of these, 52 modules form the actual pavilion and the rest will be used to present Estonia in other regional events linked to EXPO across Italy.

“Gallery of ___” will also feature some interesting technology, as appropriate for a country priding itself for forward-looking solutions. As one of the main themes in EXPO 2015 will be energy, the visitors at the Estonian pavilion can participate in producing electricity by swinging on “energy-generating swings”, connected to electric generators and data sensors. Every swing is connected to a camera, which will photograph the swinger at any discretionary moment – the photo displaying the swinger’s expression can then be printed out, together with information of the amount of electricity produced.

Some of the rooms will have their ceilings covered entirely in high-resolution screens, streaming various scenes (some live) from Estonia – from wild animals in nature to a busy kitchen in one of the best restaurants in the country – enabling visitors to experience a live connection to Estonia.

The pavilion will also be covered by free wi-fi and it will have its own smartphone app. The app will offer general info and facts, as well as some surprising scenes from Estonia; it can double as a food ordering function in the pavilion (it will position the visitor) and feature Estonian food recipes; lists all the scheduled events in the pavilion etc. 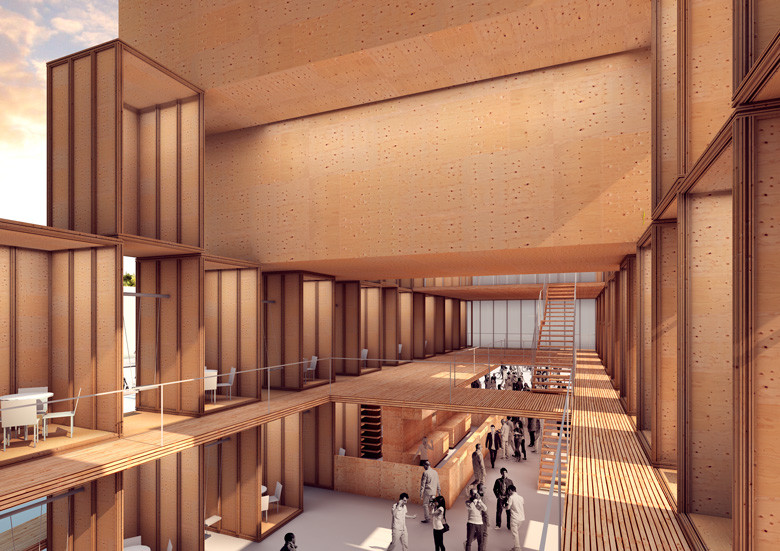 According to Hirvoja, it’s difficult to overestimate the importance of EXPO to Estonia. “It’s one of the international events where all countries can take part without any previous qualifications and regardless of their size. Estonia is still lacking a clear identity and image in the world, compared with Scandinavian countries, for example. We cannot compete with larger countries in financial resources or in military strength, but we can still achieve a strong effect around the world if we manage to portray our image cleverly. Hence, EXPO is important for the ‘brand Estonia’, which in turn is crucial for attracting more tourists and foreign investment to the country on one hand, and increasing Estonian exports on the other,” Hirvoja concluded.

Estonia has taken part in the event three times: once before the Soviet occupation (in 1933) and twice since it regained its independence (in 2000 and 2010). Participation in the EXPO 2015 will cost Estonia an estimated €3.7 million.