Aleksander Gansen, the co-founder and CEO of the Tallinn-based startup, Shipitwise, has already retired once – only afterwards did he discover the vibe of the tech industry, and he may never retire again.

“I [have been] in business for almost 26 years,” Gansen says. “I have been founding companies, well, more or less every year.” Although undoubtedly an entrepreneur at heart, he likely did not anticipate starting so early in life.

“I was actually 17 when my dad passed away, and I had to take care of the family business,” Gansen recalls. “I don’t actually mean business like we…understand it today because that was still Soviet time, and private entrepreneurship was forbidden. However, the entrepreneurial spirit in our family was always pretty high. So my father…was a taxi driver, but on the side, he was growing pigs and animals for meat. He was doing some other businesses with videotapes – with video recordings.”

Young Gansen had to learn on the fly how to run a business. “I basically took over some of father’s businesses with only an experience of watching him from the side,” he says. Gansen then received formal training in business administration at University of Tartu’s Pärnu College. 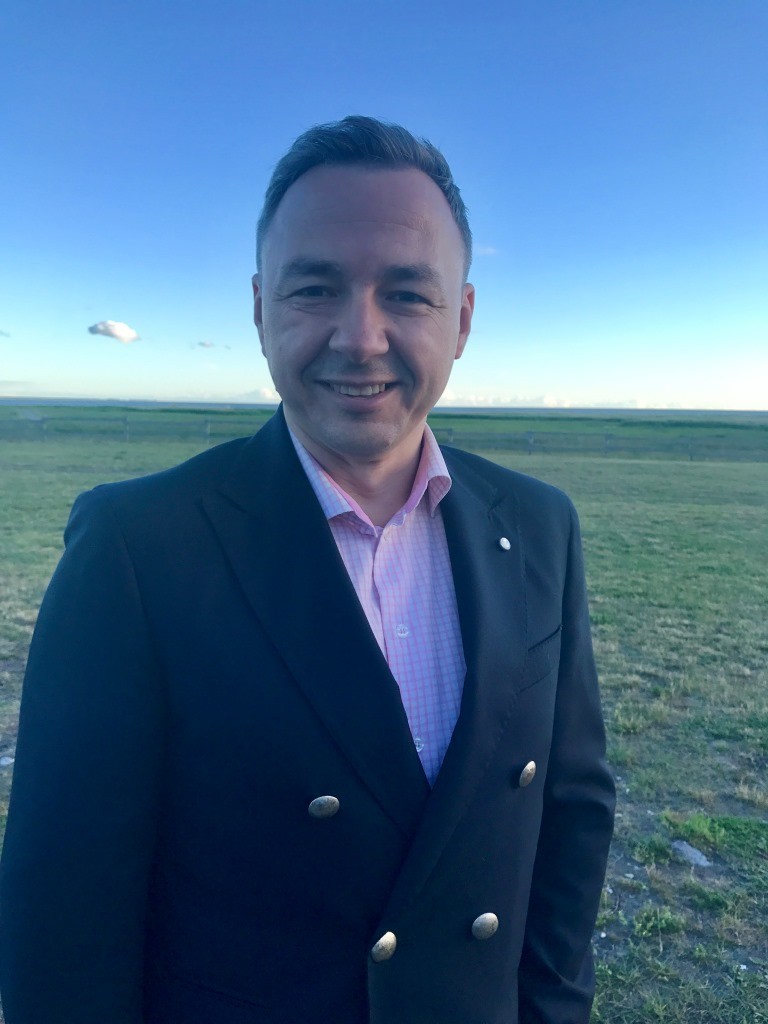 After graduation, Gansen started a business exporting wood to sawmills in Sweden and Finland. However, seeing more profit in owning the sawmills themselves, he changed course and started a sawmill with a few partners, producing high-quality birch lumber for European furniture producers, which he says became very successful.

“But then again, after five or six years in this business, it became boring because I’m a startupper,” Gansen explains. “That’s in my blood, I need to start things up, and when they are already up and running, there’s not this beginner’s excitement anymore.”

He then pursued other successful business ventures, including another sawmill project in Latvia, an interior design business with his wife in his hometown of Pärnu and an e-commerce business throughout Europe. At the age of 37, he made it his dream to retire at the age of 40.

“Two weeks before my 40th birthday…I realised the passive income from my e-commerce business from direct sales is already exceeding our family’s expenses. So I retired.”

Gansen describes his retirement as a time of personal growth, a time he spent reading and mentoring students at the local university in Pärnu. Wanting to keep busy, he also participated in a couple of 48-hour hackathons. With a few friends, he developed an idea for a product named EBOX, an alternative to rental storage units, where you can order a box, pack it, have it stored and then call it back whenever you need it.

Within a week, a friend of Gansen messaged him to inform him that a UK group had taken the online prototype for EBOX and started a company with it, already having received an investment of £400,000, according to Gansen.

“I felt sad for a moment,” he explains, “but the feeling of happiness was actually even bigger because of this ‘aha’ moment when you realise that even if you’re 40, even if you have two grown-up kids, even if you have established businesses, even if you are not living in some big city, you can still create ideas that are worth something. And for me, that was the awakening moment.” Already retired, Gansen began thinking there may be another startup in his future.

Coming out of retirement to start Shipitwise

The idea for Shipitwise came when Gansen and his wife were travelling in London, shopping at Portobello Road Market. His wife saw exactly what she wanted to give him for his birthday, a relatively large wooden horse statue at an old antique shop. “I think it was ugly, but you know, happy wife, happy life,” he says laughing. Despite his best individual efforts and despite asking the worker at the shop, it seemed that no affordable solution was available to ship it back to Estonia. The statue remained, but a business idea was born. 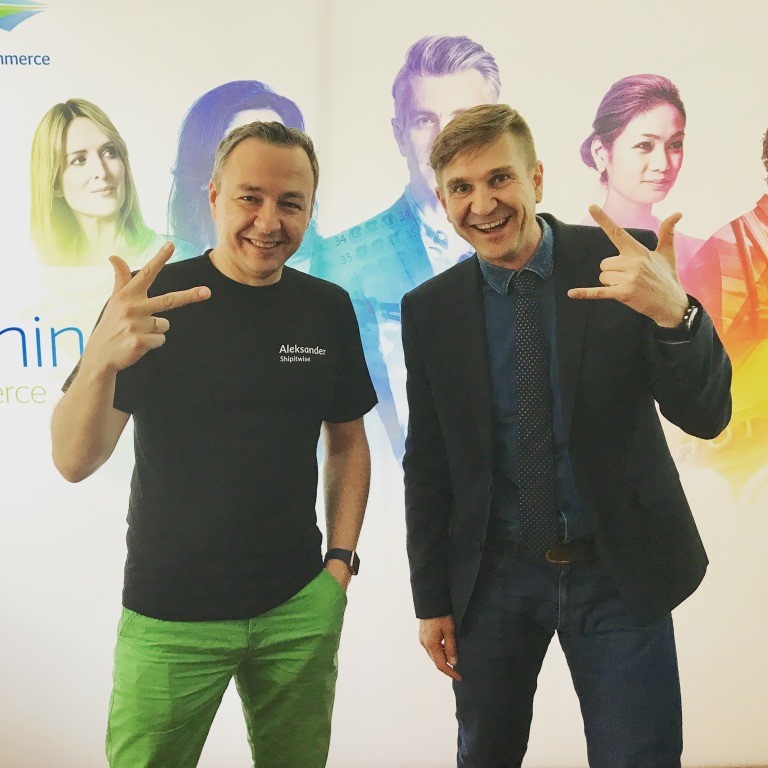 “You know Estonians, they love sauna,” says Gansen, “so a good friend of mine, an older gentleman who was running one of the largest transportation companies in Estonia, he invited me for a sauna evening, and sitting in his sauna at 100 degrees (Celsius, 212°F – editor), I asked him, why is it so – why we couldn’t get served? And he explained to me.” Putting their heads together, they determined a solution. “Our first business plan was actually drawn on the sauna door,” Gansen adds.

They concluded that the answer lies in Application Programming Interface (API), essentially the conduit to machine-to-machine talking that transportation companies rarely use because of how expensive it is, but which is necessary to have in order to find the most efficient and affordable logistics between points A and B. Gansen and his co-founders developed a way to use their API system to connect with countless transportation companies, regardless of whether they have a built-in API system or not.

On the homepage of the Shipitwise website, the customer inputs the object dimensions, as well as the addresses and desired dates for pickup and delivery, and then Shipitwise uses the API to offer an instant quote for the cheapest delivery option.

Since the company started in October 2015, it has received €30,000 and €25,000 investments from Startup Wise Guys and Skype co-founder Jaan Tallinn, respectively. It is currently in its third syndicate round through Funderbeam, where it has accrued over €450,000 to date in investment. 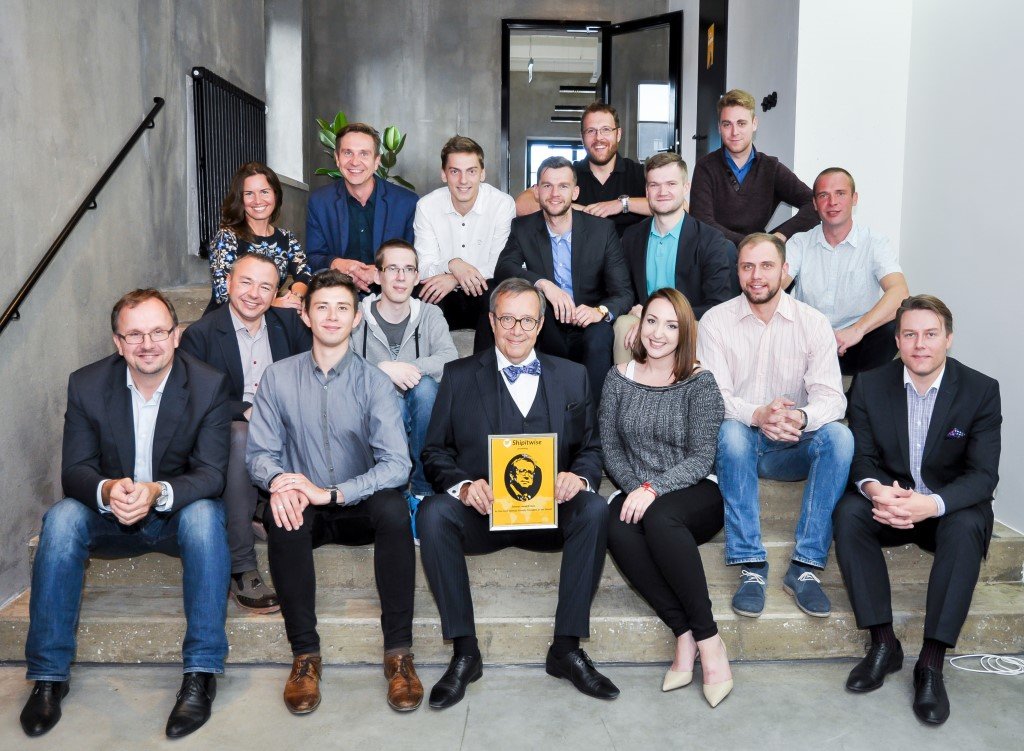 Owing to its vision of luggage-free travel, the startup’s strategy is to partner with airlines so that customers have quick access to Shipitwise’s service when they make travel plans. Already partnered with local airlines Nordica and AirBaltic, the company’s reach is about to expand. “Shipitwise is onboarding one of the three largest platforms in the world in travel – Travelport,” Gansen says, “and we are already in talks with the other two, so it’s a matter of a couple of months to have them with us as well, and then we have hit three waves of the travel industry.”

Gansen hopes this will help the company improve upon the shaky start to the year, falling short of their intended revenue target in the spring. “We might bring up several reasons why it wasn’t so but the truth is that most of the things will take more time than we can expect,” he says.

Hooked on the tech industry

“I’m 45 now,” Gansen notes, “but people sometimes ask me, ‘What’s the next plan, when do you want to retire?’ The answer is that probably never because all this process is so exciting, and even if there will be a moment where someone will offer us a lot of money for Shipitwise, and even if we will decide to sell it, getting into this tech industry, getting to know all those people in this industry, living in this vibe, spending time with the guys who really think big, who really think future, it’s like a drug.” 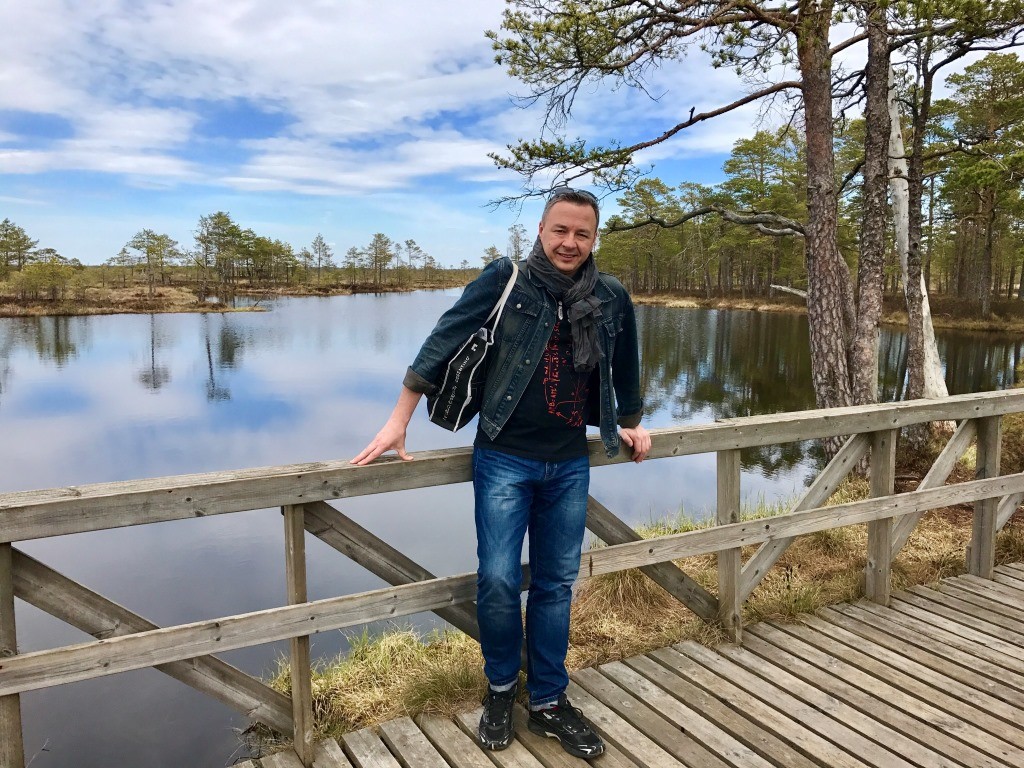 His plans for the future show no sign of being done with startups. He wants to start an investment fund business with his son and also start an accelerator business for Estonian startups. But for now, his focus is on Shipitwise. “My goal with this company is to make it profitable.”

And then? His response is simple: “Start the next one.”

Tyler Hill is an intern with Estonian World from the United States. He is currently working towards his bachelor’s degree at Brigham Young University, majoring in economics and minoring in writing and rhetoric. Having studied the Estonian language for three months, he says it is the hardest – albeit the coolest – thing he has ever tried to learn. You can write Tyler at t.wakefield.hill@gmail.com.