The Tallinn-based startup, Speakly, has developed a new generation learning programme that promises to guarantee good speaking skills in a foreign language in only 100 hours.

In Startup Spotlight we zoom in on numerous Estonian startups, to find out more about their business model and how they got off the ground.

Speakly is a new generation language learning programme that combines linguistic science and the power of computers, promising to guarantee good speaking skills in only 100 hours. “To do that, it uses a simple yet powerful three-step system. First, it teaches you the most useful words in the order of their statistical relevance. Secondly, it lets you use the language actively from day one. And third, it gives you the opportunity to experience and practice real-life situations via your phone or computer,” Ott Ojamets, Speakly’s cofounder, told Estonian World.

How did the idea of starting Speakly come about?

This whole idea goes way back to the time when I published my own language learning methodology in 2012, called “The LIVE-Method”. Around that time, we were leading a successful language tutoring company that offered tutored language classes in many countries. And back then we already knew we wanted to create a programme that would take my methodology and put it into an app. That was the foundation for Speakly which was followed by four and a half years of research and development on over 2,000 real-life learners. And today we can guarantee that when you start learning a new language, then, after 100 hours of study, you will manage in basically every situation that you might encounter. It has been such a cool journey! 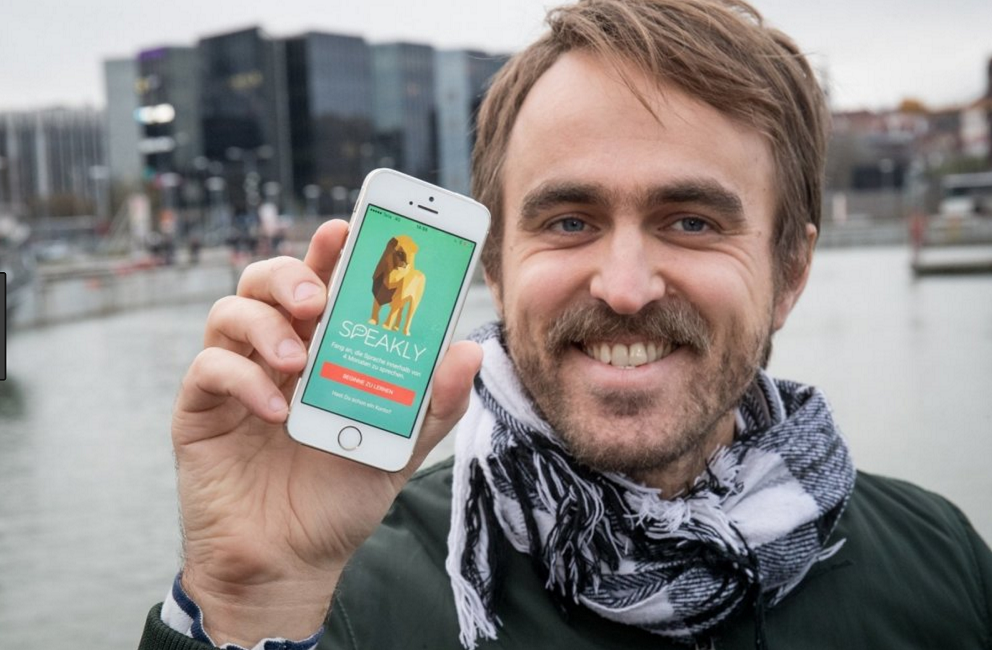 What problem is Speakly aiming to solve?

Most people are learning languages with incredibly outdated methodologies that don’t work. We are giving people a new generation learning tool that can guarantee language skills after literally a few months of studies. Time is a really important resource for everybody and it’s not reasonable to waste it on doing things that don’t work. I really encourage everybody to experience what it feels to study with Speakly – it’s kind of magic how fast it’s possible to develop in a language when you’re using the right approaches.

How is Speakly different from other competing and similar companies out there?

The main difference is that Speakly teaches words and sentences based on their real-life importance and thanks to this you will develop many times faster than with traditional learning solutions.

Talking about differences, we also just launched an Indiegogo campaign to start adding the Estonian language to the Speakly system, to make an awesome birthday present to our country. It’s difficult to find good ways to learn Estonian and we want to make it available for everybody.

What would you say was the hardest part of starting the business?

There are so many aspects of creating something really substantial – the whole journey, the research, the development and putting together a team that can yield those results that you’re expecting. In our case, the foundation was created already years before launching Speakly. As the saying goes – people overestimate what can be done in a year, and underestimate what can be done in 10.

As I mentioned before, Speakly’s predecessor was a successful language tutoring company that provided all the funding. Therefore, our journey is different from typical startups that are brought to life solely thanks to investments. And I’m very grateful for that.

What have been some of the unexpected hurdles you’ve faced since starting?

I remember Elon Musk saying somewhere that when you plan something in advance, then it’s an absolute certainty that it will take twice as much time and twice as much money as planned. I find it to be true.

Could you briefly describe the founding team and their background?

Speakly’s founders are both Estonians, myself and my business partner, Ingel Keskpaik. We are both polyglots and have years of experience in innovative language learning. Our background includes experience as language teachers as well.

From your perspective, how do the economy and laws in place in Estonia facilitate startups? Is it difficult or easy to start a company here?

It’s a great environment – I would recommend it to everybody.

How much money have you received from investors thus far?

We haven’t included any outside investors to Speakly yet, but we are in discussions with some international VC-s.

Where do you envision Speakly in five, ten years?

Five to ten years is too long of a time in nowadays world. Speakly has currently over 28,000 users internationally. In twelve months I envision Speakly will have 100,000 users and it will simplify language learning for many people out there. 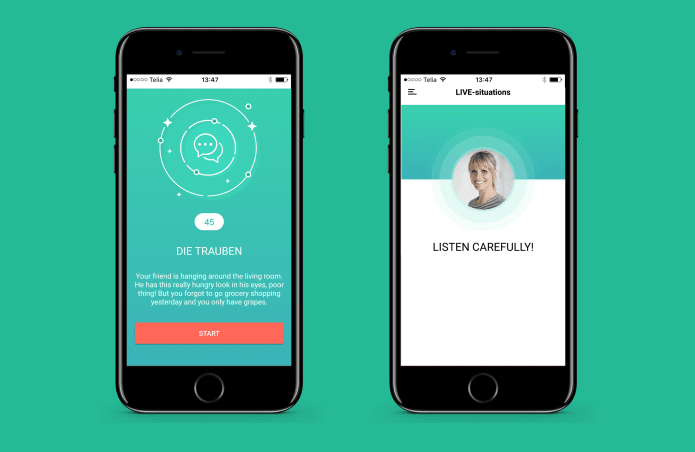 What could you say has been some of the key things you’ve learned so far as an entrepreneur?

Being an entrepreneur is a lifestyle and it either fits you or not. I enjoy the whole process

fully. Especially the fact that I’m surrounded by languages and language experts daily. It all boils down to the fact that you just must do the things that you love. And for me Speakly is so inspiring that I would like to study with it myself as well. Actually, I’m currently studying Italian with Speakly and it’s going well!

What pieces of advice could you give to aspiring entrepreneurs out there looking to start their business?

If somebody needs inspiration to start a business, then it’s probably not worth doing it.