What can you do when you need to keep your IT company’s costs down in one of the most expensive countries in the world, Norway? Christian Testman, the energetic and tech savvy CEO of Ålesund-based ICD Industries decided that the answer lay in locating some of the operations overseas. The overseas location needed to share Nordic values and have a good IT infrastructure, yet lower salaries than Norway. After some research and consideration of a number of countries, Estonia became that location for ICD in 2012.

This article is published in partnership with Life In Estonia magazine.

ICD Industries is in the control software business, their control design platform software (CDP) providing frameworks for their clients to develop, test, simulate and operate advanced control applications: “control” being what happens between a switch on one end and a physical action on the other.

ICD’s products make it possible to create software to guide dynamic positioning, an intermediary system between a satellite signal and the thrusters on seagoing vessels, which keep an offshore supply vessel in place in deep water. In addition, ICD’s motion-compensated products serve to align a heeling ship’s helipad with helicopter struts, permitting a safe landing in tossing seas. They also produce 3D real-time graphics, which allow a ship owner to experiment with crane placement with the ease of drag and drop technologies, before spending the hundreds of millions of euros necessary to build a ship. As Testman puts it, “We build software to help other companies build their software. We make the toolbox to build the control tool.”

From the outset, being a Norwegian company, the ICD has been in an enviable position: the huge offshore oil and gas drilling industry, which needs ICD’s products, is on their doorstep. Norway is one of the richest countries on Earth. But it is also one of the most expensive ones, with some of the highest labour costs. “About three years ago, we had a greatly increased demand for our products, both project- and core software-related. But the labour availability and costs in Norway concerned us. So we took the decision to establish a subsidiary elsewhere,” Testman says. 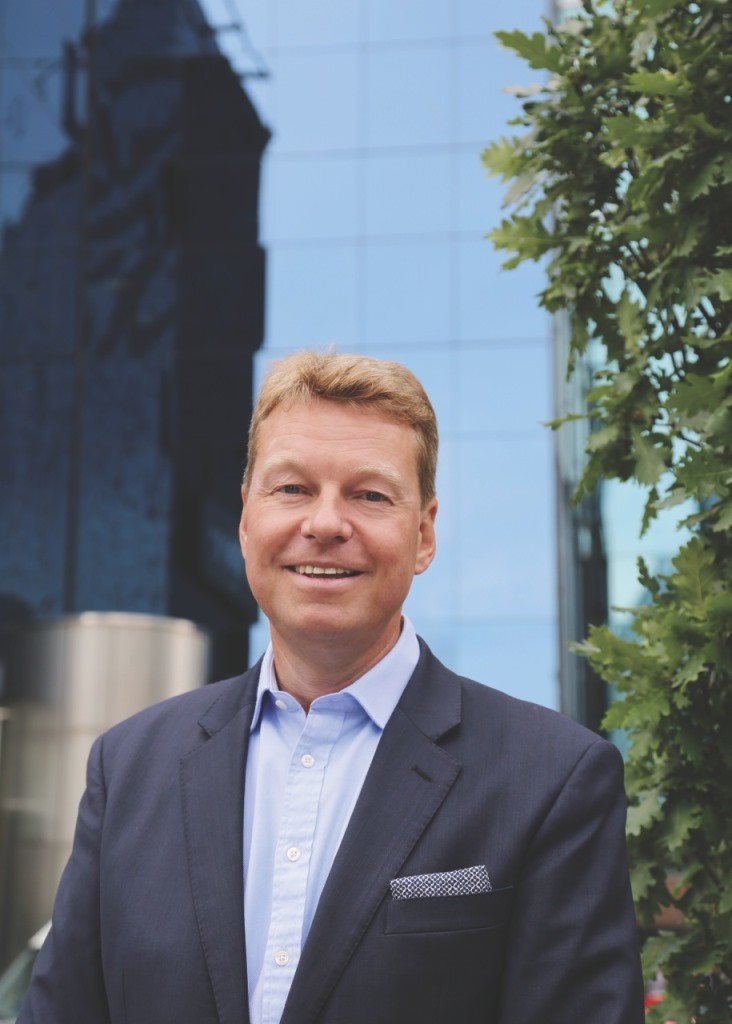 At the same time, Testman, an economist by profession, is a businessman who values the Nordic background, values and business culture. He used to work for Ericsson in Stockholm at the same time as Niklas Zennström, a Swede who later set up Skype with four Estonian programmers in Tallinn. Testman also collaborated with Nokia in Finland when Ericsson and Nokia made the WAP standard. “I considered a number of countries for our subsidiary, and quickly decided that China and India were out of the question because I wanted proximity and Nordic culture. After six months of evaluation, based on economic, cultural and academic values, we selected Estonia,” Testman explains.“ I learned quickly that Estonia was a high-tech country and had an impressive IT infrastructure in place,” he adds.

Testman also praises the effective and speedy process once ICD decided to invest in Estonia. “Innovation Norway and Enterprise Estonia (EAS) made the process easy, providing the necessary contacts in government and local business for a smooth establishment of the Tallinn office. EAS introduced us to landlords and lawyers, and helped us address patent issues, IPR. Everything was simple and efficient, and thus in 2012 we established our new subsidiary in Tallinn, ICD Industries Estonia OÜ,” he says. Testman says that they spent some time forming their team in Estonia, because they were looking for the best. He also got a very good local headhunter and Tallinn University of Technology to help. “We were after people who could write beautiful code from scratch. We took our time, but we found them in Estonia,” Testman explains. Two and a half years later, ICD Industries Estonia operations employ 40 software engineers.

Since setting up ICD here, Christian Testman has spent lots of time in Estonia and he is impressed with the e-state. “The ‘X-road’ structure is impressive. We have a similar system in Norway and it’s highly advanced, but the Estonian ‘X-road’ is in a class of its own,” he says.

Testman concedes that, although Estonian e-services and IT-solutions are world-class, there’s still a lot of work to do in order to spread the word about them abroad. “In Norway, people still know Estonia mostly for its timber industry, not IT.” He has joined the Norwegian-Estonian Chamber of Commerce and is doing his part to implement Estonian IT solutions elsewhere, including in Norway. “Sales and commercialisation are not easy. Perhaps it is better for Estonia to cooperate with large partners with long experience in marketing, when it comes to exporting its digital solutions abroad. My dream would be to combine the Estonian ‘X-road’ with the Norwegian public database portal. This would be a killer app,” he says enthusiastically. He has also invested in number of Estonian tech startups and the incubator Startup Wiseguys.

“My dream would be to combine the Estonian ‘X-road’ with the Norwegian public database portal. This would be a killer app.”

According to Testman, Estonia still has many advantages when it comes to competitiveness and shouldn’t try too hard to catch up to its Scandinavian neighbours. “The reason we invest here is because Estonia is different. I understand that you are trying to catch up with the Nordics, but we have huge disadvantages in terms of labour costs and service costs. We are not competitive enough any more. It is really important to have a competitive advantage. Don’t try too hard to be like us. Be different,” is Testman’s straightforward advice.

Meanwhile ICD Industries is experiencing phenomenal growth and the Estonian subsidiary has played its part. “The joint venture has been very beneficial and has increased our revenues. The company as a whole has grown by a factor of 70 over two years,” Christian Testman says. It is also collaborating with the largest offshore shipbuilders of the world and has ambitious plans for the future. ICD Estonia is definitely a part of those plans.

1 thought on “We invest in Estonia because it is highly competitive, says Christian Testman, CEO of Norway-based ICD Industries”