In the big wide multicultural Berlin there is a place where you can order a kama-dessert or a coffee with Vana-Tallinn in Estonian. This place is a cozy Estonian coffee shop, art gallery and event venue opened in Brunnenviertel in October 2013 with the most intriguing name – Jäääär (meaning the “edge of ice” in Estonian).

The first impression I got from Jäääär was that it’s a gathering place for the Estonian community, probably because I happened to be there on the nights they celebrated the Estonian Independence Day (complete with sprat sandwiches and a broadcast of the president’s reception) or screened of the Oscar-nominated film “Tangerines”. But Jäääär strives to be much more than just a place for Estonians. 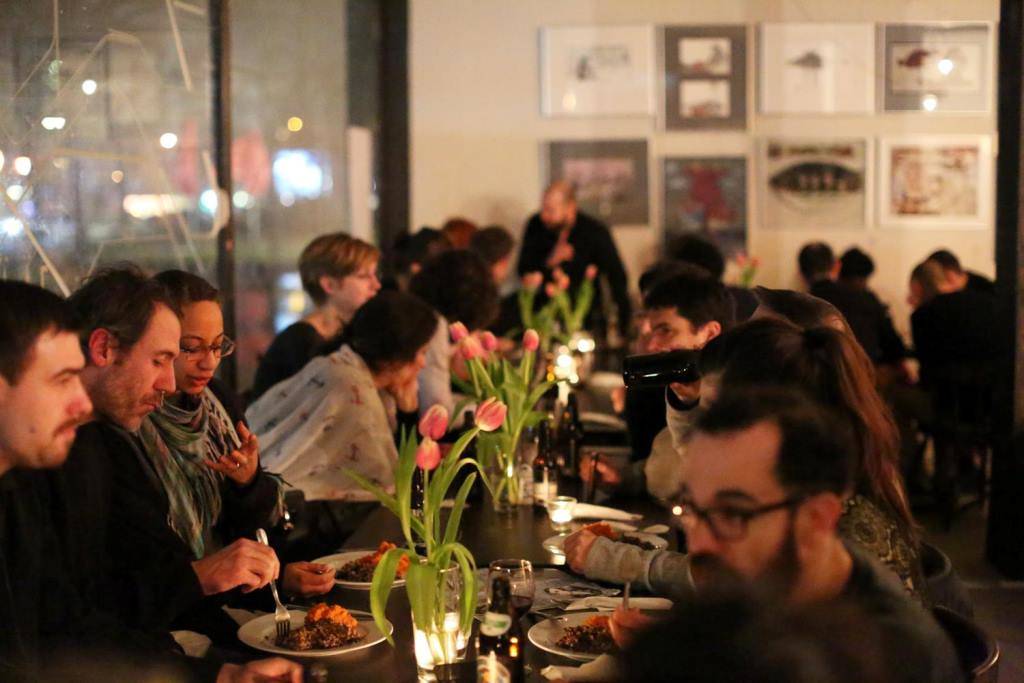 Kristi Daniel, the founder and owner of Jäääär, wanted to create a place where everybody could find their own thing. “If some people come here because they can speak Estonian and meet other Estonians here, that’s great; when other people come here because we have a comedy night in English, that’s cool as well. I don’t want to define the place too strictly, I would rather let others decide what they like here the most.“

Being reminiscent of Estonia is naturally one of the aims of the coffee shop and for Kristi, introducing Estonian culture has always been the mission, but she wants to do more – create an Estonian place in her own way. “Being Estonian doesn’t have to mean that you come here to eat sauerkraut and drink heather tea,” she says. “Instead, we have Estonian artists’ exhibitions, an Estonian design shop, and we sell Estonian beer. We do have some Estonian elements in the interior, but you can’t stick with one style too much, because then you end up being a Disneyland. I like keeping it international and mixing different ideas.” 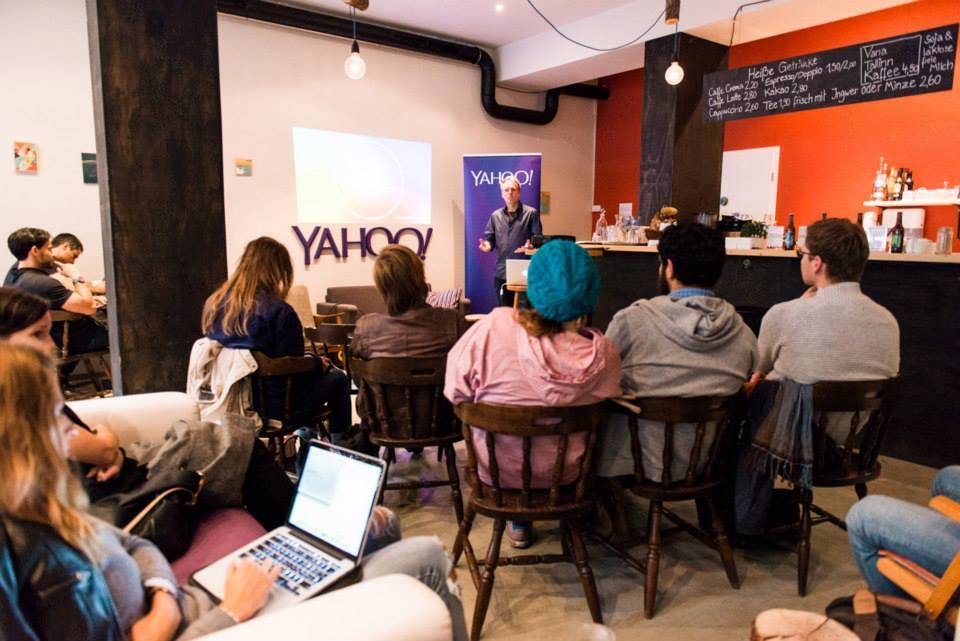 Mixing ideas and bringing together great minds really seems to be main characteristic of Jäääär. “We host a lot of thematic meetups in the evenings, for example, focused around technology and entrepreneurship,” Kristi explains. “When there was a Social Media Week in Berlin, we were one of the venues and had our own program. We also do standup comedy evenings, which bring together the most international public.”

So this Estonian cafe isn’t just a community-gathering place for a handful of expats? Kristi shakes her head: “If our target were only Estonians, this place would not exist. Sometimes we don’t see a single Estonian for a whole day. Many Germans visit us and also many foreigners who live in Berlin.”

But wouldn’t it still be easier to create just another normal German-style coffee shop without any weird twist? Kristi thinks the best solution is mixing: “You have to have something that makes you special, but you also need to offer certain things that people are used to having when they go to a coffee shop, like a cappuccino.” 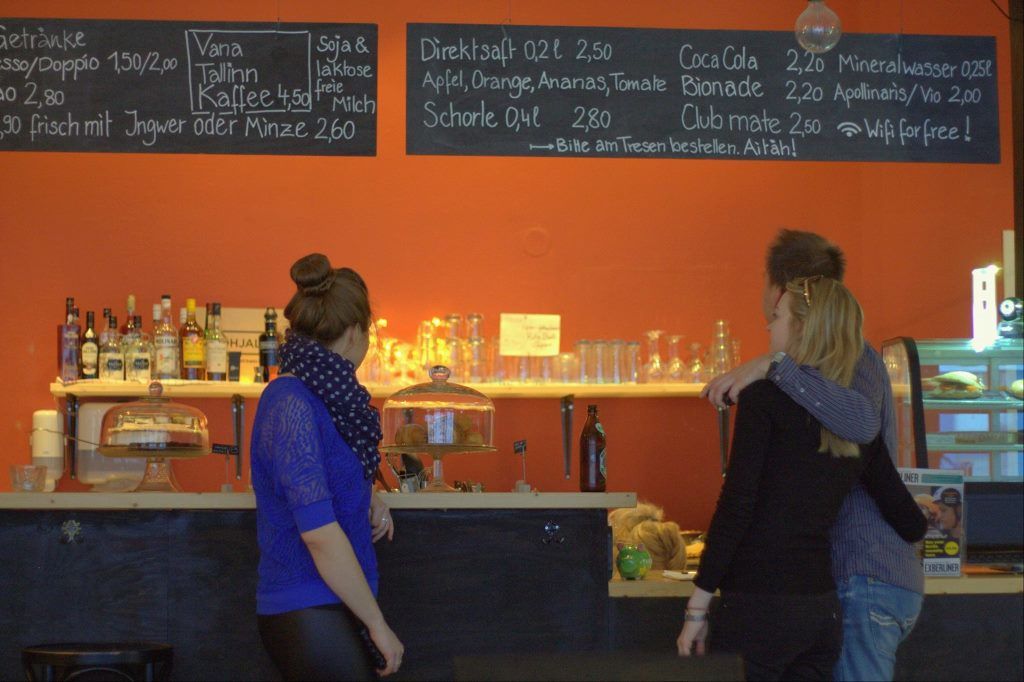 What have been the most memorable moments of Jäääär over the last one and a half years? Kristi brings out the concert of Curly Strings, a visit from the author Valdur Mikita and also the many visits of Estonian politicians. Turns out that President Toomas Hendrik Ilves, Parliament Speaker Eiki Nestor and also the former prime minister and current vice president of the European Commission, Andrus Ansip have honoured Jäääär with their visits.

Both Ilves and Ansip visited Jäääär thanks to Twitter. “We tweeted that they should come by and they did,” explains Kristi. “We have a joke here that our next target should be Angela Merkel.” 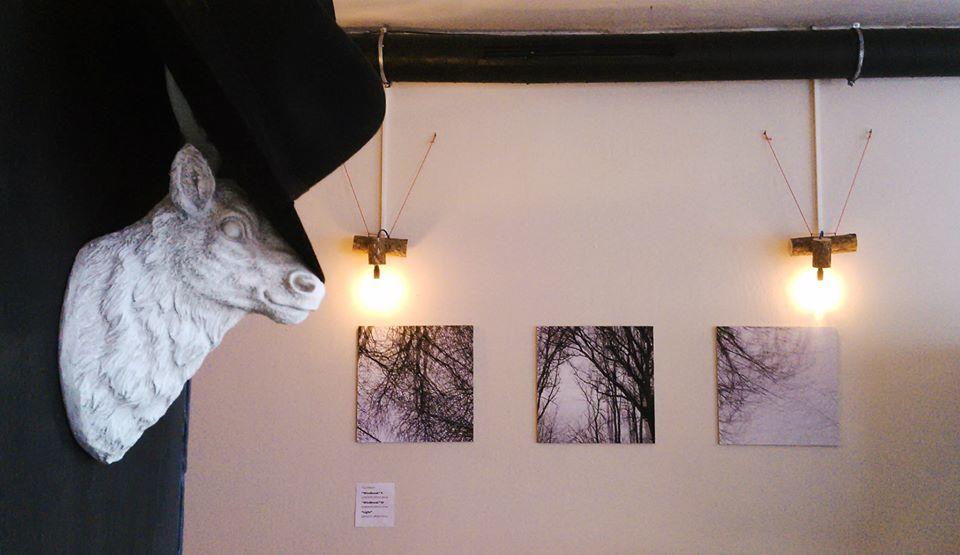 What comes to the differences between doing business in Estonia and in Germany, Kristi brings out the infamous German bureaucracy: “In Germany you often can’t just send an email as you would in Estonia, but you have to sit in waiting rooms and every step takes a lot of time.” However, she finds Berlin to be a wonderful place to start a business. “There is a really great supporting startup community here and I have got a lot of help with contacts and advice.”

The German media has also shown a great interest in Jäääär: the coffee shop has been featured in BILD, Berliner Zeitung, Exberliner, in television and in radio. “They find us exotic,” Kristi says. She thinks that among other things also the name intrigues people.  “Before we opened, we made a video in Mauerpark where we showed this name to people and asked them how they thought it was pronounced, what does it mean and in which language it was. Of course the answers were hilarious.” 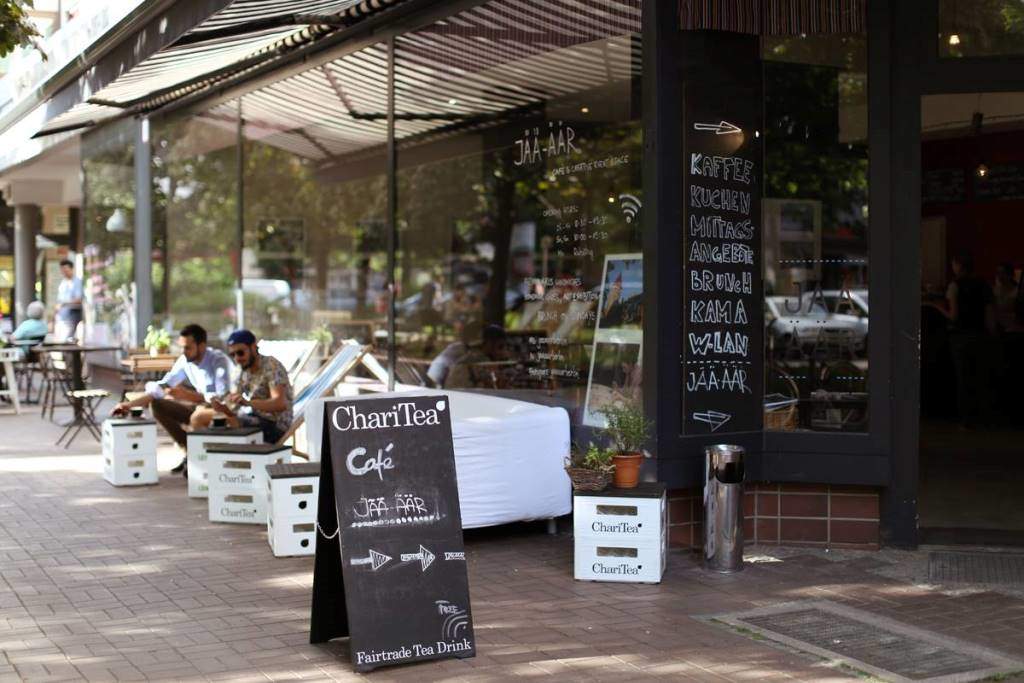 In conclusion, Kristi points out that Jäääär is open to all ideas if anyone from Estonia wants to organise something in Berlin. “It’s all about open-mindedness,” she says.

I walk out from Jäääär with the feeling that, being all about innovation and ideas, this place represents modern Estonia much better than heather tea ever could.

Madli Jõks has studied ecology in Tartu and has a great passion for nature and science. She loves writing and is interested in culture, especially in literature and painting. She currently lives in Berlin to meet her permanent need for new places with new atmospheres.