The Estonian founders of the London-based business, Mouse Tail Coffee, are passionate about their coffee and customers – and are always trying to put on a personal touch to everything they do.

Four enterprising young Estonians – Margus Varvas, Kristel Parts, Kristin Kalmu and Jaanus Üksik – started their coffee trade in London three years ago with just a single coffee van, and didn’t know where this journey would take them. Now they operate a booming business of this ever-needed energising drink.

Kalmu and Üksik had originally come to London to study in 2010; their partners in the coffee business, Margus Varvas and Kristel Parts, arrived a few months later.

The huge metropolis, with its endless opportunities, yet a demandingly high cost of living, motivated the quartet to come up with a business plan, to make ends meet.

Love for a coffee

First, the aspiring Estonians had a plan to start selling smoked fish, but this didn’t go as well as they had hoped for. But the entrepreneurs did not feel that like going back to Estonia and decided to try their luck with something else. This is how their “coffee journey” ultimately started in 2013.

“This business seemed something we would be able to do – and yet, it would not need so much investment,” Margus Varvas remembers, adding that their journey has not been easy; there is lot of hard work and ambition behind it. It helped that the four all have hospitality background and a love for a coffee. 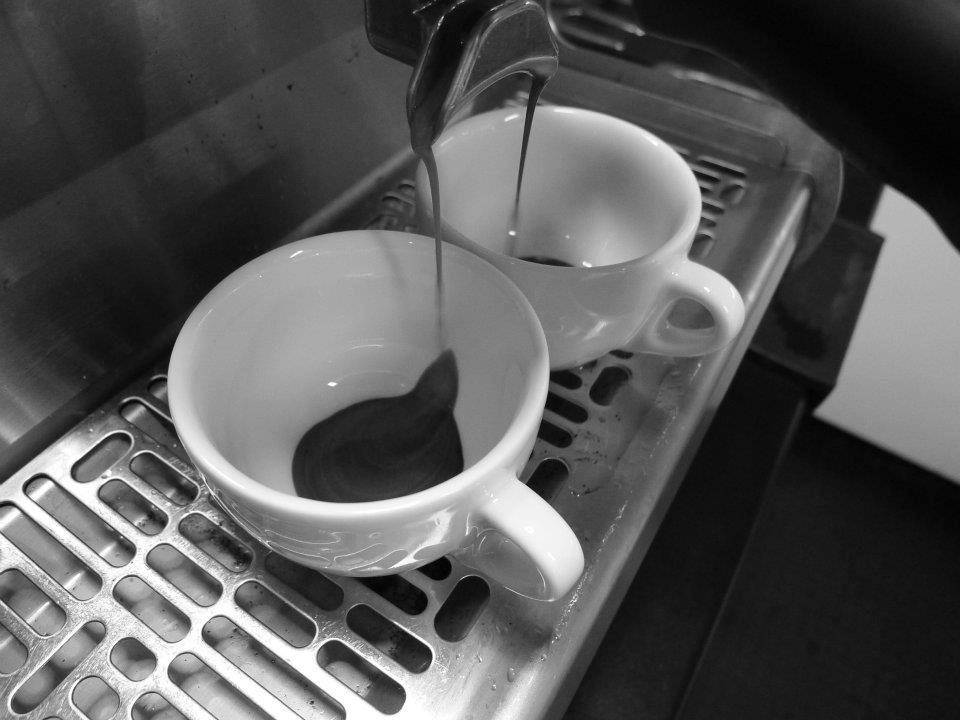 The coffee entrepreneurs didn’t want to be seen as just another generic and rather bland coffee seller, making cups of bitter, mediocre liquid and selling it on at a premium. They decided the best way to stand out in a crowded marketplace was to really focus on quality, and thus, the Mouse Tail Coffee was born. In barista slang, the “mouse-tail” stands for the precise shape that good espresso makes as it flows into a cup.

The business got off the ground with a single Piaggio Ape coffee van. The founders had a great challenge to find a perfect van, location and enough funds. But the launch in Peckham, South-East London, was successful and pretty soon the coffee startup had a first expansion. “We expanded because we understood that to be successful it is not enough to have one coffee van,” Varvas states. “There were two families to feed and we had to develop with our business,” Kristel Parts adds. 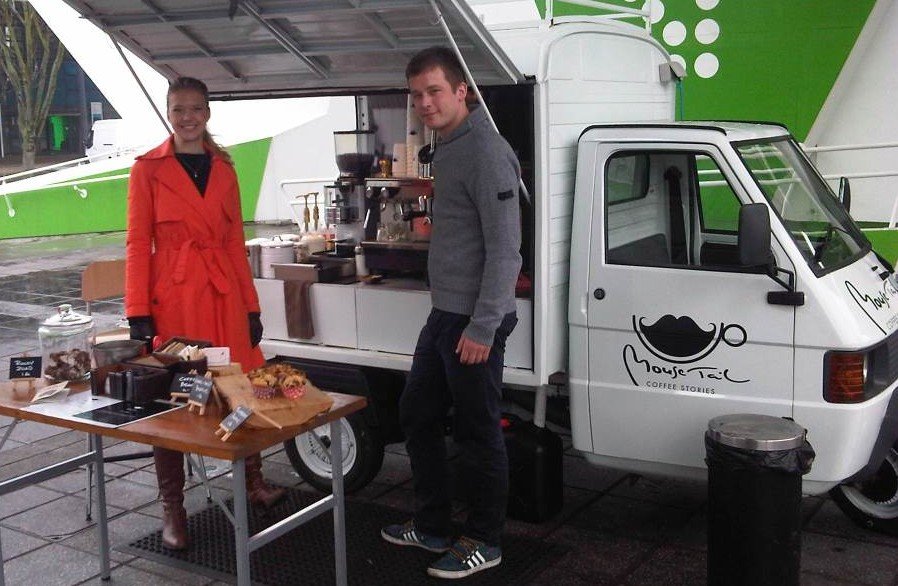 Three years later, the company has two vans and two cafes, most of them located in South-East London and one of them in East London, where their business partner, Benjamin Vincett, is in charge. “We are definitely not there yet where we want it to be. We are planning to open another café soon,” Varvas says excitedly.

The London-based Estonian coffeemakers have their own way of doing things. “Cups have different sizes, but how we brew our espresso or steam our milk is exactly the same. Our milk is steamed to elevate the sensory experienced espresso. Right technique transforms milk to sweet, rich and velvety virtually liquid goodness,” Parts explains. 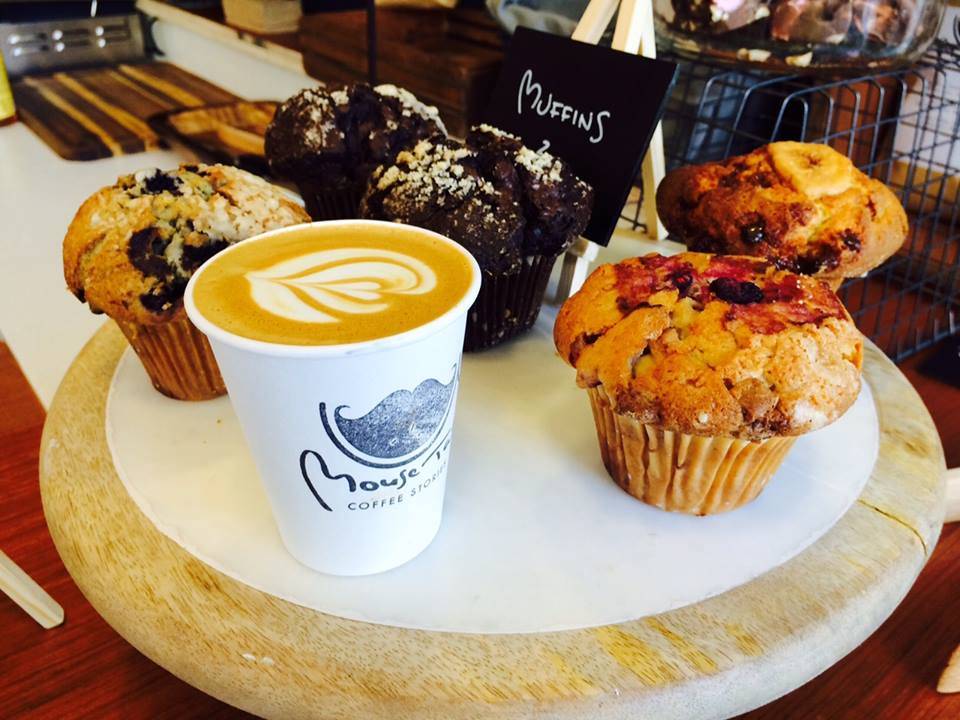 They also have their own kitchen where all delicious cakes, salads, sandwiches and much more are made. “Majority of stuff is handmade and homemade by us,” Varvas asserts.

Mouse Tail Coffee recently also expanded into roastery business – to ensure quality control, they took over the London-based Mission Coffee Works and are now roasting their own coffee as well as selling it to others. Their coffee beans are coming from all over the world – Colombia, Ethiopia, Nicaragua, Brazil and India – and it is usually seasonal.

“We know exactly where our coffee is coming from, we know name of the farmer and their working conditions. The beans need to have a story to them. Not just a country or origin, but information leading all the way back to the farms,” Varvas states, adding that ethics and quality of products is extremely important for them. 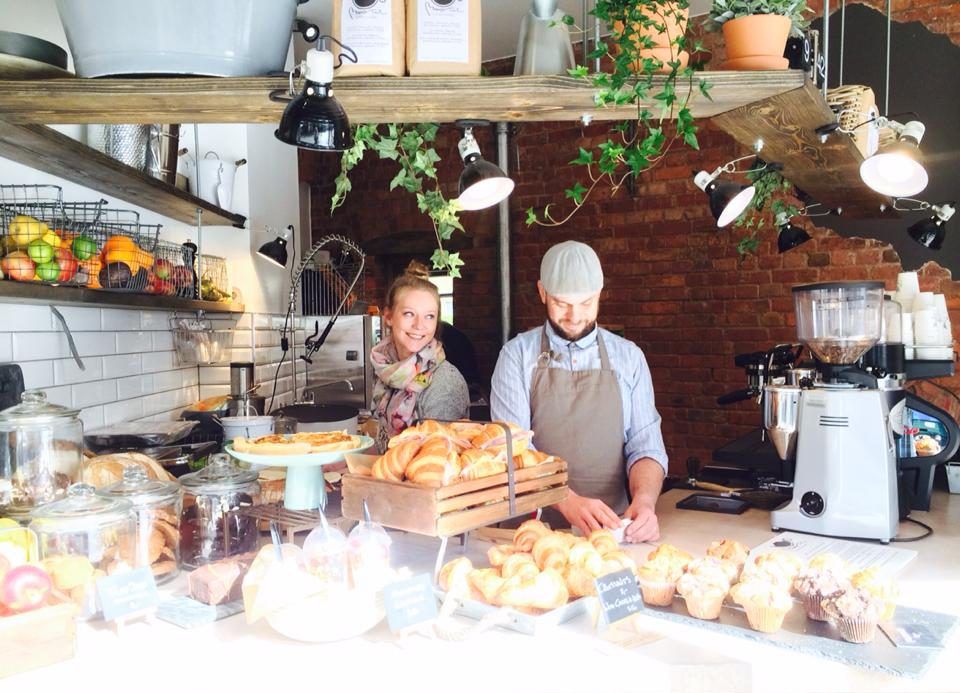 The founders say that in operating the business, they are doing as much as they could themselves – because “then everything is run as they want it to be” – but they underline their “amazing team”. “Our employees are our friends, not just workers. It’s like a big family – we are doing things together and we know everyone,” Varvas says proudly, adding that all of their employees who joined with a team have stayed.

Multicultural, but Estonia is not forgotten

Like it is customary in the multicultural London, Mouse Tail Coffee has people with diverse background working for them: some are British-born, but the workforce also includes Spaniards, Lithuanians, Romanians, Swedish and, of course, Estonians. 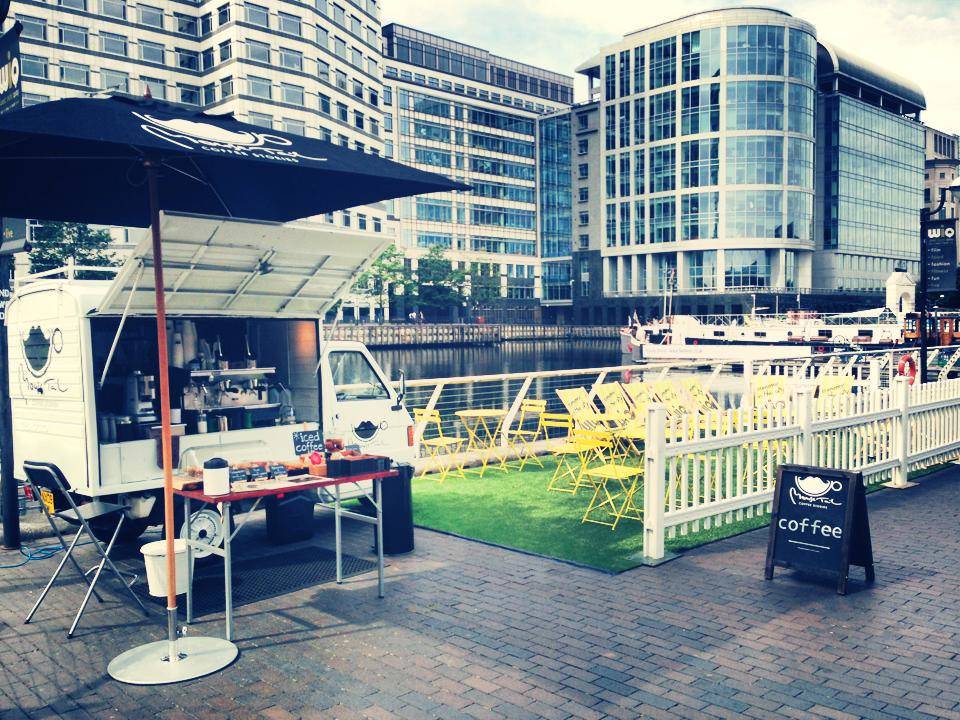 Many of their customers are Estonians too. The company has also participated in the annual London Scandinavian Christmas market, where the Estonian stalls have in recent years stood next to Nordic countries.

The Mouse Tail Coffee founders have retained a strong connection with Estonia, staying in touch with Estonians in London and back home. In fact, Kristin Kalmu and Jaanus Üksik have moved back to Estonia. “At the moment, our business is not organised in a way that we could all be away and operate it from the distance, but we do not want to stand still, it is always important to improve,” Varvas says. He doesn’t rule out the expansion of Mouse Tail Coffee to his country of birth, should there be a market for their precisely shaped espressos.